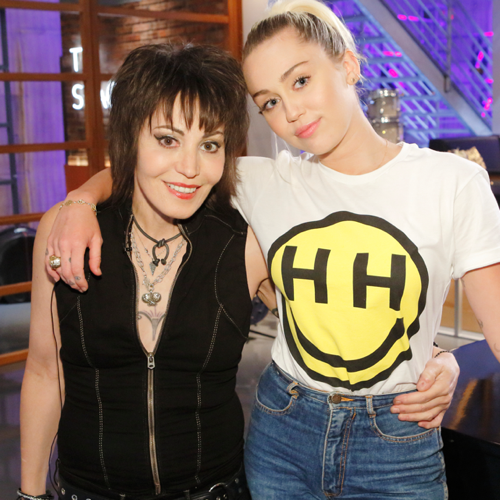 Tonight on NBC’s Emmy Award-winning musical competition The Voice airs with an all new Monday, October 10, 2016, season 11 episode 7 and we have The Voice recap right below.  On tonight’s The Voice episode, the battle round premieres.

Did you watch last night’s episode where we saw a best-of recap of the blind auditions which included previously unseen moments, plus a peek at the battle round? If you missed the episode and what to find out what happened we have a full and detailed The Voice recap, right here for you!

On tonight’s season 11 episode 6 of The Voice as per the NBC synopsis, “The Battle round kicks off. Here, team members face off in dueling duets. The advisers are Joan Jett, Sammy Hagar, Bette Midler and Charlie Puth.”

#TheVoice tonight is #VoiceBattles first round. #TeamAlicia has Charlie Puth tonight. Christian Cuevas vs Jason Warrior is the first battle tonight. These two will be battling on Adele’s Hello. Charlie and Alicia give them some notes on how to get into the vulnerability of the song.

They encourage them to do fewer vocal runs and how to share the song time without running over each other. Alicia gives them some last-minute encouragement before they take the stage then it’s on. Christian and Jason kill it and Alicia is pounding on her seat as they finish.

Alicia decides the winner is Christian who will move on to the Knockout Round. Adam slaps his steal button and moves Jason Warrior onto #TeamAdam. Adam says he gave the others the evil eye to make sure that no one challenged him on the steal.

#TeamAdam has Sammy Hagar for his coach. Natasha’s mom is Candice Cameron Bure from Full House and Riley is a crooner. Adam has them singing the classic torch tune Cry Me a River. Now it’s time for Natasha and Riley to do their thing as they take the stage.

They both blew it out. Blake says Riley was technically perfect but Natasha really sold it and thinks she won. Alicia agrees with Blake that Natasha killed it but says Riley won it for her. Miley says Natasha has really grown. Adam says Natasha blew him away.

Adam says Riley’s voice is very recognizable and that’s valuable. Adam chooses Riley as the winner and he moves onto the Knockout Round. Natasha didn’t get a steal but we see a sweet moment between Riley and Natasha as they hug and cry before she leaves.

#TeamMiley’s first Battle is between Ali and Courtnie and she’s got Joan Jett as her team mentor. Miley has chosen Odetta’s Hit or Miss. Miley and Joan give them performance notes and Miley says to let their personality shine through. Miley doesn’t want to lose either of them.

They slay the song and have Alicia and Miley both up on their feet and the crowd too. Carson calls it a perfect battle round. Adam says that was awesome. He says Ali is a maniac singer and Courtnie came out strong and was amazing and stepped up. Blake says he loves both of them.

Blake says it’s a tough choice and says Ali could make it to the end. He says Courtnie is a great entertainer. Alicia says wow and says she was rooting for them both. Miley says Ali has so much style and Courtnie has a rocker energy. Miley wants to keep them both but chooses Ali.

Miley says Ali has one of the sickest voices in the competition. Courtnie is walking off the stage when Blake and Alicia both surprise her by slapping their steal buttons. Blake says he wants her because she’s an entertainer. Alicia talks about how taken she is with her. Courtnie decides and goes to #TeamAlicia.

Blake says that Alicia keeps stealing people because she uses her whispery tone and he says stuff about roosters. #TeamBlake is next and he brought in Bette Midler as the team mentor. The oldest in the competition Dan, faces off with the power voice of Sundance.

Blake has them doing Bad Company’s Feel Like Makin’ Love. Better praises Sundance’s warmth and asks Dan for more spunk. They work on performance notes and then the guys are ready to do battle. They both do well and Miley is up and grooving and so are the other judges.

Alicia says Dan has an honest way of delivering and says Sundance is his own beautiful being. Miley says Dan used his space well and brought in the crowd well. She says Sundance hit that one note and he screamed and it was pure. Adam says he loves what happened on the stage.

Adam says Dan just came out like, look how the men do it. He calls them rad. Blake says Dan is a real performer and Sundance is like a statue and then that voice comes out. Blake chooses Sundance to move on to the Knockout Round.

The #TeamAdam battle of the former teen country star and the former teacher should be a good one. Adam and Sammy Hagar have them singing Michael Jackson’s Man in the Mirror. They give them some notes on doing a more soulful performance and the guys rehearse together before they do the band.

After some last-minute notes, the guys take the stage and the battle is on. They were spot on and killed it. Adam is up on his feet for them. Blake says that’s the most evenly matched battle he’s ever seen. Alicia says Billy’s voice is crystal and Andrew brought life to it.

Miley says they matched and blended well. Adam says Andrew has shown a leap in ability and Billy has refined his craft. Adam chooses Billy to move on to the Knockout Round. No one steal Andrew – they are saving their steals for later apparently.

Lauren Diaz vs We’ McDonald

The next Alicia battle is single mom Lauren vs squeaky talker We’ who has a massive singing voice. Charlie Puth and Alicia have them singing Janis Joplin’s Maybe. Alicia talks to them about what the song means for them. They get their final performance notes and then it’s battle time.

The ladies rocked the Joplin tune hard. Adam, Miley and Alicia stand for them and Carson says it’s a tough choice. Miley says it was a great pairing. She says We’ did a great job but says it could go either way. Adam says We’ was just crazy and they were climbing over each other and battling.

Blake says it was incredible and says We’ is incredible and hits big notes and Lauren did cool stuff too. Alicia tells them she’s proud of them both because it’s a difficult song. Alicia chooses We’ to move on to the Knockout Round.

Lauren is up for the steal and Miley slaps her button. Adam smiles at Miley and slaps his button and waves at Miley. Miley says she couldn’t leave someone so talented up there. She says Lauren is amazing. Adam says he was late to the party and says he wants to help her unleash the monster inside her.

Miley says she is the party. Blake says Adam didn’t hit his button for her. Miley says Adam has a wife and baby and she just has cats and dogs. Carson tells Lauren to pick the dad or the cat lady. Blake cheers for her to pick Miley. Lauren chooses Miley and will be #TeamMiley in the Knockout Round.

Miley is happy she got her and is happy she took her from Adam. Miley says this is one for the cat lady. Lauren is thrilled. The coaches laugh later about her cat lady comment. Tomorrow night is more Battle Rounds. Come back to CDL for a LIVE recap for every episode of The Voice all season long.