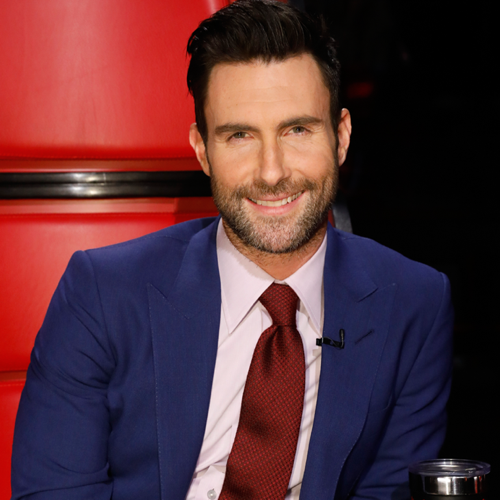 Tonight on NBC’s Emmy Award-winning musical competition The Voice airs with an all new Monday, November 14, 2016, season 11 episode 16 and we have The Voice recap right below.  On tonight’s The Voice episode, the Top 12 artists perform.

Did you watch last night’s episode where the stakes were high on the eve of the Presidential election and for the first time in the show’s history, the Top 20 artists performed in one night for a coveted spot in the Top 12 live show? If you missed the episode and what to find out what happened we have a full and detailed The Voice recap, right here for you!

#TheVoice tonight features mega star Garth Brooks as the mentor to the Top 12 artists. First up is Sundance Head from #TeamBlake who’s singing My Church by Maren Morris. There’s a choir backing him up in his live performance and the crowd is fired up by his performance.

Alicia says he’s spectacular and she loves it. Miley says she loved when he did The Climb and he’s meant for a big state with his electric guitar. Blake says vocally, he’d put him against anybody in the world and says he poured his heart and soul into the performance. He says Sundance has a blast on stage.

High school senior Darby is up next and she’s a big fan of Garth Brooks. She’s on #TeamMiley and tonight is singing Ruby Tuesday by The Rolling Stones. Her number has a wild flower child vibe that reflects her wild side and her choice of Miley as coach. She slays it in her unusual style.

Christian meets with Garth Brooks and Alicia Keys and reveals he’s doing The Scientist by Coldplay and is dedicating the number to his girlfriend. He does a really good job of doing justice to Chris Martin’s original. It was spectacular and the crowd loved it.

Adam says Christian really feels the music and everyone knows he feels what he’s doing and he’s a fan and he wishes he was on his team. Alicia says he has the uncanny ability to take any song and make it his. She says he took her on a journey and he really nailed it. High praise!

Next, Sa’Rayah meets with Alicia Keys and Garth Brooks. Sa’Rayah thanks her for the save and tonight she’s doing Livin’ on a Prayer by Bon Jovi. This is very different for her but she rocks the house. She belts some big notes and brings down the house.

Miley says that she likes seeing her doing rock style and she had her do the rock and loves to see her in that space and likes to see her out of her comfort zone. Blake says that was so good and says she hits notes that shock everyone. Alicia says she is a true artist and shows her heart is in it.

Former child star Billy meets with Garth Brooks who knows him from back when and he’s doing The Show Must Go On by Queen and Adam Levine says it’s a tough one. It’s hard to do justice to Queen lead singer Freddie Mercury but Billy did it. Every coach and the whole crowd is on their feet when he’s done.

Blake says it’s amazing and he’s a million times better than when he was a child star and he was great then. Adam says wow then adds that he thinks when you hear something like that, he feels like he epitomizes the show on a level that blows them all away and says he’s truly special.

Austin Allsup meets with Garth and Blake and he’s doing Do Right Woman, Do Right Man by Aretha Franklin and Garth says he’s got no ceiling. He does a great job both playing his guitar and wailing out the song. He rocks it out and does Aretha justice.

Miley says it was her favorite performance of his and says she’s scared for her team after this. Blake says a movement in country music is happening with red dirt artists and Nashville and says there’s a new generation of country outlaw music and none of them can sing like he does.

Teenager We’ is up next and reminds Alicia she met her last year at a homeschool event. Garth is happy to meet her and We’ does her Take Me to Church by Hozier for them. Garth’s jaw drops. We’ brings down the house about as much as Billy Gillman did. Carson say she transforms when she sings.

Miley says the audience just loves on her and it’s even more than she had in the Blinds. Alicia says she is the real deal. She says she’s unforgettable and she’s so proud of her. She really took a very difficult song and ripped it apart and put it back together to make it all her own.

Aaron meets with Miley and Garth and he’s excited. Aaron has chosen a song that hasn’t been on the show before. He’s doing Hollywood Forever Cemetery Sings by Father John Misty. He rocks the room and brings the crowd to their feet cheering.

Adam says his voice is so special that he has to be a singer and it would be a disservice to the world for him not to do it. He says it’s distinct and beautiful. Blake says if Godzilla could sing, he’d sound like that. Miley says she could see him in this lane and she can’t wait and wants him to stick around.

Courtney Harrell is next

Coach Blake and Courtney meet with Garth and she’s doing I Don’t Want to Miss a Thin by Aerosmith. Blake encourages her to explore her angst. Courtney really belts it out and makes it her own. The audience loves it and her son is there listening that she sang it for. Blake is on his feet.

Alicia says it was powerful and beautiful and she settled into her grounding at the end and she went for it and calls it unforgettable. Blake says they’re invested in the artists they save and what she just did is evidence that he made the right choice. He says she’s having her moment that she deserves.

Josh is thrilled to meet his idol Garth Brooks and him and Adam Levine work with Josh who got married a month ago. He’s doing Why by Jason Aldean. Garth is wowed. He sings the emotional song and brings his mom and new wife to their feet along with the crowd. It was cool.

Blake, his former coach, says he deserves to be in this and he poured everything he had into that and says good job dude. Adam says he’s new on his team and it’s been a pleasure and says no one works harder than Josh. He says no one means it more than Josh and he’s very proud he’s on his team.

Ali has chosen Did I Ever Love You by Leonard Cohen whom the music world lost this week. Ali meets with Garth and Miley for rehearsal. Garth says she’s a star. While singing, she has Miley and Alicia on their feet and then Blake and Adam stand too along with the audience. It was incredible.

Alicia says that was a real moment and she owned the stage and let everyone in to this special place inside her. She says the song choice couldn’t be better. Alicia thanks her. Miley says she’s proud of her every time and says it was a cosmic coincidence and thanks her for trusting her.

Team Adam’s Brendan has the last slot of the night. He met with Adam and Garth and rehearsed Whipping Post by the Allman Brothers Band. He rocks the house in a big way and shows a side he hasn’t before. The crowd digs it and all the coaches but Blake are on their feet.

Blake can hardly talk for all the cheers and says he and Aaron have a battle. He says they need voices like that and it’s exciting. Adam says he’s amazed by him and says he just became this guy with this song. Adam adds that he deserves to be voted through and says vote now.