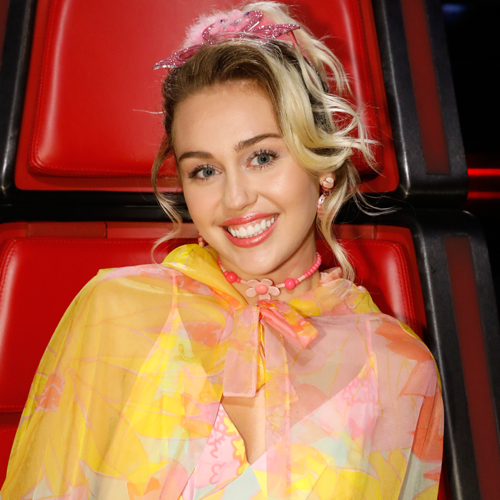 Tonight on NBC’s Emmy Award-winning musical competition The Voice airs with an all new Monday, November 21, 2016, season 11 episode 18 and we have The Voice recap right below.  On tonight’s The Voice episode, the Top 11 artists perform.

Did you watch last night’s episode where the top 12 artists performed live in front of coaches Miley Cyrus, Alicia Keys, Adam Levine and Blake Shelton for America’s vote. Carson Daly (“TODAY Show”) hosts . Garth Brooks joined as key advisors for the Top 12? If you missed the episode and what to find out what happened we have a full and detailed The Voice recap, right here for you!

On tonight’s season 11 episode 18 of The Voice as per the NBC synopsis, “The top 11 artists perform live in front of coaches Miley Cyrus, Alicia Keys, Adam Levine and Blake Shelton for America’s vote. Carson Daly hosts.”

#TheVoice tonight is the Top 11 performing on the live show. Carson starts the show with judge introductions of Adam Levine, Miley Cyrus, Alicia Keys, and Blake Shelton. Voting is open from the start thanks to Amazon and NBC’s The Voice. All 11 perform and one will be eliminated tomorrow night.

Miley Cyrus works with Ali who is doing a song by Miley’s godmother Dolly Parton. She’s singing 9 to 5. They rehearse, do some final notes and then Ali takes the stage to perform. The crowd loves it and Adam says he told Miley that Ali needed to do a country song and says she can sing anything.

Blake says he hopes Dolly is watching because she loves him and says he’s so impressed with her. He says it’s so much fun and he loves her Tina Turner outfit. Miley says the rest of her life will be performing and she’s such a star. She says she’s born to be on the stage and will win the show.

Next is Sundance Head

Sundance brings his dad along to meet Blake for rehearsal. Sundance is doing Alicia Key’s song No One dedicated to his family. They rehearse, tweak some things and then he’s on. The crowd loves the countryfied version of her song. Alicia says that was amazing and he’s evolved as an artist.

Alicia says he made her listen to her song in a whole new way. Blake says he’s so diverse and hit so many different notes and calls that performance a break-out moment for Sundance. The crowd is still cheering as he leaves the stage. Well done.

Last week, Aaron sang for an Instant Save and now he’s determined to avoid being at the bottom this week. Miley works with him on Hurt by Nine Inch Nails. They look for some big moments to add. Adam says he loved that cover and says it was really cool. He says it’s awesome he did it.

Adam says his voice is just crazy and it’s the perfect song for him and the song shows off the unhappy side of being a human. Miley says Adam suggested to show off more emotion and that’s why she chose that song and says it was a perfect performance and the strongest of the night so far.

Courtney Harrell is up

Courtney and Blake work and he says she was so surprised when her name got called. Courtney says she loved seeing Blake hug her son. Tonight Courtney is doing Broadway with What I Did for Love. She takes the stage. All the coaches are on their feet as she finishes.

Alicia says she’s a pure soul and takes people to a place inside themselves and she’s happy she sang it. Blake says this is the happiest he’s seen her since he’s known her and says she works so hard and it blows his mind how into this she is. He says he thinks she’ll be here next week to sing again.

Josh is thrilled to be here and to have made it this far. He works with Adam on his song Drunk on Your Love by Brett Eldredge and he’s doing this one for his wife Lizzie, a teacher. Josh takes the stage and wows the crowd. The crowd cheers and Miley teases and says Blake is drunk.

Miley says she loves how he interacts with the audience and uses the stage. She says it reminds her of her dad and it was like being at his concert. She calls it great. Adam says he’s so refreshing because he gets up there and has a good time and says he connects with the audience better than anyone else this season.

Adam works with Billy and encourages him to show a more intimate side to his voice. He’s doing All I Ask by Adele and Adam is excited about this stripped-down performance. Billy takes the stage and belts out a perfect rendition. Adam is on his feet and the crowd cheers.

Blake says he’s run out of awesome things to say and asks if he ever hits a bad note and says it’s perfect like it was a studio recording. Adam says it was impressive and says for the first time, he really made him feel something so pure and real and honest. He says it’s so important on top of his ability.

Alicia greets Christian who’s in a great mood because he proposed to his girlfriend after the show. We see a clip of it. He’s singing Toto’s Rosanna. He and Alicia work on some notes and then he performs. Miley says she thinks he’s one of the best on this and he blows her away and loved The Scientist too.

Miley says he had her dancing and she was into it. She says it was perfect. Alicia says there’s no denying his voice is like this big and holds out her arms wide. She says it’s like crystal and has such a pure tone. She says it causes shivers and chills and says he was singing to his fiancée Elaine.

Austin is doing the epic Bob Seger’s Turn the Page and he talks about being on the road with his dad back in the day. Blake offers some final notes and then he sings. Blake is on his feet she finishes. Adam says that was by far his best performance on The Voice.

Blake says he had him on the edge of his seat and says America has to vote to keep him in this competition. He says no one does what he does and says it’s genreless and calls him a badass avenger with his voice and says it was huge.

Darby is doing You Don’t Own Me which is an old-school song. Miley works with her on performance note and keeping it real. It’s very Miley-esque. The crowd digs it. Alicia says it was cool and so beautiful and says she owned it and it’s one of her favorite songs ever. She says it was important.

She says she showed everyone what an artist she is. Miley says they have her singing about freedom on purpose because she radiates it and says she loves to see her there in rainbowland and says that’s where she lives too. She says it’s good not to be so serious all the time.

Brendan Fletcher does The Boss

Brendan says Greg Allman tweeted at him after his cover last week. Adam says he’s jealous. Brendan is doing The River by Bruce Springsteen. Adam gives him notes on and then it’s time to sing. Blake says he has such a warm voice and a great storytelling voice and wishes he was singing country.

Blake says he’d love to hear that and says he’s always good and says he’s jealous and calls it bullcrap he’s on Adam’s team. Adam says he did that so beautifully and he’s so proud of him. Adam says The Voice means so many things and a voice like this has almost been forgotten and says vote and champion it.

Alicia congratulates her for charting on iTunes last week. We’ tonight is doing Love on the Brain by Rihanna and Alicia is excited about this. They work hard to prep it then she takes the stage. She booms it out and the crowd goes wild for her. The applause won’t stop.

Alicia says We’ always comes with it and she’s so young but sings like she’s had a thousand years of experience. She says the audience can’t deny you feel We’ and they cheer again. Alicia says she deserves to be here and to soar and says there are no limits.