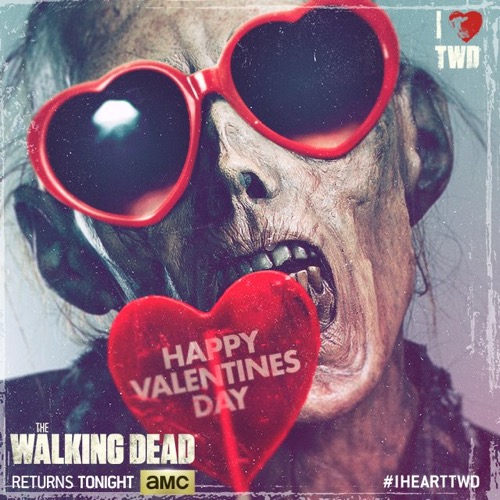 The Walking Dead continues on AMC tonight with all its gory goodness with an all new Sunday February 14, Season 6 winter premiere called “No Way Out” and we have your weekly recap below. On tonight’s episode, with walkers inside the gates of Alexandria, Rick (Andrew Lincoln) and the group are scared.

On the last episode of The Walking Dead, after having a few moments of peace, trouble found its way to Alexandria yet again. Only this time, the threat might be too big to defeat. Did you watch the last episode? If you missed it, we have a full and detailed recap right here for you.

On tonight’s episode as per the AMC synopsis, “with walkers inside the gates of Alexandria, Rick and the group are scared, outnumbered and things are only getting worse.”

You aren’t going to want to miss any of the unfolding action tonight and neither do I. We’ll be recapping the season 6 episode 9 live right here for you at 9pm. In the meantime, hit up the comments and tell us what you’re expecting from the season 6 winter premiere. Who do you think is going to die tonight, any major characters or just the regular walkers.

We resume at the standoff between Daryl, Abraham and Sasha against Neegan’s men. Darryl is the first to give up his gun, then Sasha then Abraham.

Sasha’s asks who they are, they tell her that they will follow them back to their camp and tell them all about it. But first, they want to see what is in the truck.

The head of Negan’s troop is about to kill Daryl, Abraham and Sasha when she tells him to wait. He jokes that he wasn’t going to kill them, then says “yes I am” and he and all his troops don’t get a chance to fire their weapons, they get blown to bits, by Daryl.

Darryl, Abraham and Sasha are fine.

Back at Alexandria, after the massive attack of the walkers; the survivors are walking through with Rick at the lead and you will remember that they are all covered in blood to mask themselves from the walkers. Rick tells the group that they need to get their vehicles from the quarry. Gabriel offers to take Judith until they are all in the clear to protect her.

Meanwhile, Morgan and Carol are with another group and they don’t have a lot ammunition and need to figure out how to get out of where they are.

Glenn is back and he is safe in a church with Enid. Denise is still being held by alpha wolf and looks terrified; he tells her that he has changed and wants to show her how to change.

Enid found a gun in the church and tells Glenn, let’s get Maggie.

Rick is still leading the group, it is dark now and they are all holding hands. Sam is having a hard time; he sees a little boy walker and starts to freak out. Rick recognizes that look; everyone is trying to convince Sam to continue walking and all of a sudden, a walker bites him right in the head in front of his mother and brother. His mother is hysterical, not paying attention and all of a sudden, she is bitten as well. Rick is devastated. The only one that seems to keep it together is Carl. All of a sudden, Sam’s brother pulls a gun on Rick, Michonne stabs him with her katana before he can shoot Rick but the gun goes off and shoots Carl in the eye.

Rick picks up Carl screaming, Michonne leads the way and slices anything in their path with her katana.

The alpha wolf is still with Denise, he wants her to find a gap in the horde of walkers, she tells him to go to hell; he tells her to move. One of the walkers gets Denise, the wolf runs back to help her and he gets bitten. She tells him to bring her to the infirmary and she will save his life.

Carol looks out a window at the horde of walkers and looks devastated; she heads a noise, it is Morgan coming into the room. Morgan asks Carol if she had a child, a husband. He tells her that he didn’t want to hurt her. Carol tells Morgan that she should have killed him, he walks away.

Denise and the alpha wolf are trying to get through some walkers when Carol shoots him and Denise is free. Denise looks out the window and sees Rick holding Carl and Michone. Denise starts calling out orders to everyone when she sees that Carl is hurt. Rick begs Denise to save Carl.

Rick takes an axe and goes out the door on his own. Rick is outside and he is slicing and dicing anything that is in his way to release his anger over what happened. Michonne sees that Carl is in good hands and goes out to help Rick with some of the others. More of the survivors come out to attack the walkers 0 there are about six of them out now. Meanwhile Judith is safe at the church, so Gabriel takes a sword to go outside to help out; he says that God will save Alexandria because God has given them the courage to save it themselves. Carol tells Morgan and her group that it is time for everyone to step up and help out.

Glenn arrives at Alexandria and sees Maggie; she calls for him. Glenn tries to divert the walkers away from her, Maggie watches him and just when she thinks he is going to be eaten, Abraham and Sasha show up with machine guns shooting all the walkers and saving Glenn.

Glenn gets in a truck with Daryl, he tells him that they can leads some of them away. Meanwhile, Rick and a whole group are still fighting off walkers. Daryl backs of the truck to the river pours gasoline in it and then sets it on fire. The walkers see the fire and are lured by the flames to walk towards it. Thousands of walkers burn to a crisp, while we still see the group fighting to kill as many as they can with the last hit being made by Rick.

In the wake of a new day, there are walkers dead bodies all over the streets, the group sits on one of the house porches and looks around. Inside the infirmary, Judith is in Michonne’s arms, Carl looks like he is going to live, Rick is with him. Rick tells Carl that everyone did it, they worked together and now they will rebuild the walls, expand the walls; everything is possible and he sees that now. He says that when he was out there with them and it was over, when he knew they had this place again, he had this feeling, it took him a while to remember what it was because he hadn’t felt it in a long time, he wants to make this world ok for him. Rick is holding Carl’s hand and Carl lifts his fingers.