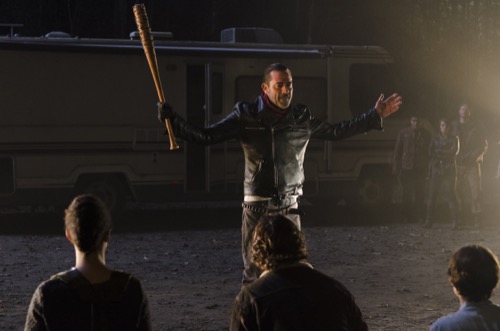 The Walking Dead Season 7 spoilers tease that Negan (Jeffrey Dean Morgan) killed one person in the Season 6 finale and might kill one more as the new season kicks off this Fall. But in the grand scheme of things, is all the outrage over the Lucille Victim (“LV”) much ado about nothing? Consider this.

#1 Everyone will die anyway

The Walking Dead showrunners have made it clear that most (if not all) of the beloved survivors of the apocalypse will die before all is said and done. Maggie Greene portrayer Lauren Cohan has already said that although she hates saying goodbye to cast mates as their characters are killed off, she knows everyone’s death is coming eventually. It’s doubtful if many (or any) will survive the final season.

#2 It will be sad no matter who died

Of the potential victims – chief among them being Glenn Rhee (Steven Yeun) – all have strong ties to the core group so it will be devastating. Discounting women and Carl, since Negan doesn’t kill those, any of the males in the line-up would be a death that would devastate the Alexandria group. So, in a way, we know it’s going to hurt, the question is how much – but it’ll sting no matter who it is that died.

#3 More kills are coming in Season 7

Negan is the biggest villain the show has ever had and there are lots more deaths to come. We know that Daryl Dixon (Norman Reedus) is safe for now since he’s been seen shooting, but Negan takes him hostage. The Walking Dead spoilers reveal that Negan will kill others among the Alexandria group during Season 7, so bodies will fall as the season kicks off and all season long. It’s going to be a tough one. 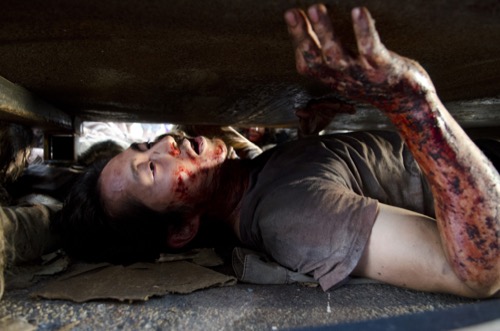 Back when we thought that Glenn died in the dumpster incident, we grieved for weeks. What’s more likely is that whoever the LV is, the outrage over that death will be far less than the outrage over the massive cliffhanger finale of Season 6. TWD fans seem to be more upset about NOT knowing who the death was than the death itself – and we had written Glenn off earlier in Season 6.

What do you think fans of The Walking Dead? Are you prepared for the Season 7 reveal of the Lucille victim at Negan’s hands? Do you think it really matters who it is – so long as it’s not Rick Grimes (Andrew Lincoln)? Are you still mad about the Season 6 killer cliffhanger?

Share your comments below and check back with CDL often for all the latest The Walking Dead Season 7 spoilers.