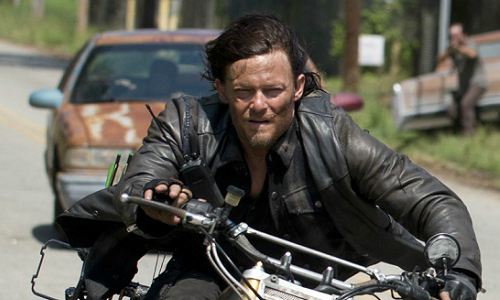 The Walking Dead’ spoilers for Season 7 are starting to leak from the Spoil the Dead forum as shooting continues to take place on-location and at Tyler Perry Studios in Atlanta. One of the biggest spoilers is that Daryl Dixon (Norman Reedus) is alive and has been seen shooting key scenes.

But just because Daryl survived the brutal baseball bat showdown with Negan (Jeffrey Dean Morgan), that doesn’t mean that he’ll have a good time as Season 7 kicks off. In fact, fresh spoilers reveal that Daryl will be the object of Negan’s non-lethal torment straight away.

Spoilers for ‘The Walking Dead’ Season 7 Episode 1 tease that we’ll pick up back in the clearing fresh off the bat death. Rick Grimes (Andrew Lincoln) is supposed to have a strange out-of-body experience where he’s thinking how things might have gone differently.

We know Rick doesn’t handle extreme stress well – remember how nuts he went after Lori Grimes (Sarah Callies) died and was hallucinating her for a while then turned into Old McDonald? This looks like another taste of a mini-mental meltdown for Rick.

When the groups part ways, it seems that Negan will take Daryl to The Sanctuary, the Saviors actual stronghold (not the franchise location they tore up before). Negan will keep Daryl hostage and alternately try to recruit him to being a Savior and torment him.

Negan seems fascinated that Daryl is not scared of him and will be frustrated when he can’t tempt him to join the Saviors since Daryl would be a great addition to the team. Daryl tries to escape his hostage situation but is caught and Negan will amp up the torment.

Leaking TWD spoilers tease that Negan will try and break Daryl by feeding him dog food sandwiches. Unfortunately for Negan, he has no grip on Daryl’s backstory or else he’d know that Daryl will eat it and ask for seconds. 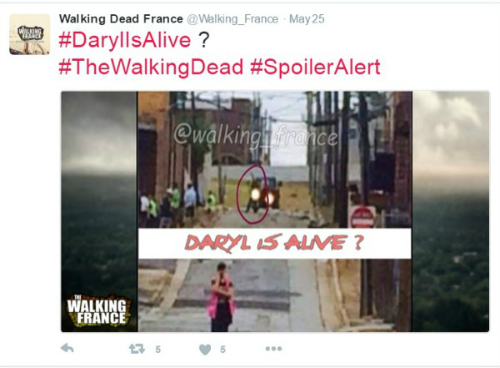 Despite Daryl’s biker look, Negan may think that Daryl is a suburban softie since all he knows is that Rick’s group was living safe and comfie behind the walls of the Alexandria Safe Zone. But Negan’s totally in the dark about their horrifying journey to get to that point.

Daryl has eaten worms, squirrel, and, by the way, dog. Dog food is much preferable to actual dog so Negan is missing the mark to hand Daryl an Alpo-burger and think it will break him. In fact, depending on how they play it, Daryl could end up icking out Negan.

Given Daryl’s harsh background before the apocalypse went down – consider the joy of growing up with Merle Dixon (Michael Rooker) as your big brother and the sad upbringing that’s been hinted it – it’s hard to imagine what it would take to “break” Daryl.

If Negan was smart, he would have scooped up someone else from the group to torture in front of Daryl. That’s probably the only way to get to him. Daryl’s had a hard life beyond what Negan can imagine.

No doubt Negan will also try some straight out brutality, but Daryl survived Merle, the Claimer gang, the Governor, Terminus and more. It seems like TWD showrunners co-opted the relationship in the comics between Negan and Carl Grimes (Chandler Riggs) and gave it to Daryl.

Showrunners did promise that Carl and Negan would have some interaction, but if these spoilers are accurate, it seems like they flipped the Carl-Negan dynamic to Daryl-Negan and made it harsher since the Savior’s leader is dealing with an adult rather than a kid.

What do you think TWD fans? Ready to see Daryl eat a dog food sandwich, lick the plate clean and smile? It will take a lot for Negan to break Daryl one-on-one and may not be doable at all.

New pics leaked from fans lurking near shoots show Daryl alive and on his motorcycle, so we know Daryl survived not only the Lucille beating, but also Negan’s “hospitality” at The Sanctuary! Share your comments below and check back with CDL for more “The Walking Dead” spoilers for Season 7 as news breaks.