BY Sean O'Brien on May 28, 2016 | Comments: one comment
Related : Spoiler, Television, The Walking Dead 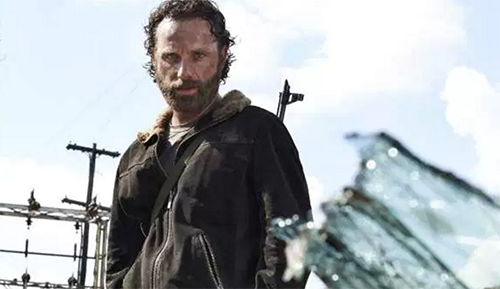 “The Walking Dead” Season 7 spoilers are few and far between because TPTB have been tight-lipped and reportedly issued a direct order to the cast and crew not to reveal ANY details about the show’s upcoming episodes. So far, only bits and piece have been leaked to the fans, and the newest spoiler has fans reeling.

“The Walking Dead” spoilers tease that Negan (Jeffrey Dean Morgan) will kidnap a fan favorite and the events that happen after that could put his life in danger. The fans immediately were throwing a hissy fit at the possibility of losing another loved character.

The newest spoilers come just weeks after the fans accepted that someone will die at the hands of Negan and his baseball bat that he affectionately named Lucille. “The Walking Dead” fans cannot believe they will have to brace themselves to lose another character—or will they?

The Spoiling Dead revealed that Negan will kidnap the fan-favorite, Daryl Dixon (Norman Reedus), sometime in Season 7. If that’s not bad enough, Daryl will try to escape only to be captured again, which puts his life on the line. The newest spoiler sent the fans into a panic at the thought of (possibly) losing Glenn Rhee (Steven Yeun) and Daryl in the same season.

According to the report, the show filmed at the Sanctuary, which is the home of Negan and the Saviors. There was a car chase, and it looks like they were chasing a runaway Savior that went missing. Daryl, Negan, Dwight (Austin Amelio) and a few unnamed members of the Saviors were present.

“It’s believed that a car chase sequence took place. Dwight and a few other Saviors were rumored to be pursuing a runaway Savior. At some point, they wreck, and there was also gunfire heard. It’s believed that someone gets shot. Possibly the rogue Savior. There was also a Daryl vest sighting! However, Daryl didn’t seem to be the one wearing it. It’s rumored that Dwight (Daryl’s #1 fangirl) was actually the one wearing the vest. We hope to have pictures of this in the future for you to see,” The Spoiling Dead wrote on Facebook.

It is important to keep in mind that just because Negan kidnapped Daryl doesn’t mean he will kill him. He may have taken him to use him as a bargaining chip to try to make Rick Grimes (Andrew Lincoln) more compliant to meet his demands. Jeffrey Dean Morgan explained in an recent interview that if you are hoping that Negan’s character stays in line with the comic book series, you will be very happy to know that he does.

“The Walking Dead” fans, do you think Negan will kidnap Daryl in Season 7? Don’t forget to come back later for more “TWD” spoilers, news, and updates.