The Weeknd Admits Using Alcohol to Cope with Stage Fright 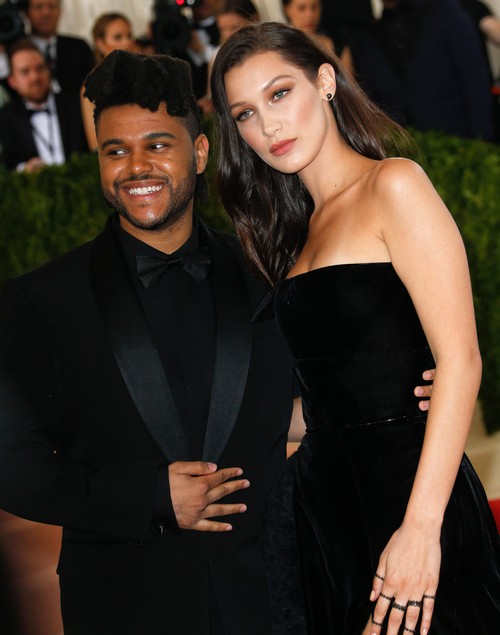 The Weeknd opened up in an interview with Beats 1 Zane Lowe revealing that he literally used to get on stage drunk. The “Can’t Feel My Face” singer needed alcohol to calm his nerves before performances.
If you’re a fan of The Weeknd (Abél Makkonen Tesfaye) you’d know that he openly talks about drugs, sex, and alcohol but you would also think that being a 2 time Grammy winner, boyfriend of a gorgeous model and an artist cosigned by Drake that he would be the most confident guy on the planet! Turns out he’s quite the opposite.

In an interview with Rolling Stone, The Weeknd openly admitted that he struggled with worrying about the public’s perception of him. “I was everything an R & B singer wasn’t. I wasn’t in shape. I wasn’t a pretty boy. I was awkward as f—. I didn’t like the way I looked in pictures. When I saw myself on a digital camera, I was like “Eessh,” the “Hills” singer said.

If you’ve seen The Weeknd perform you would know that it’s just him and his voice. No gimmicks, no dancers, no back-up singers causing all the attention to be centered on the singer’s vocals and stage presence which is nerve-racking in itself, add in an audience and pressure from your own thoughts, it’s unimaginable what a performer faces.

The “Starboy” singer is having one of the best years of his life with a chart topping new album, upcoming tour and TV performances. Luckily The Weeknd has conquered his fears and is set to perform at the upcoming “Victoria Secret Fashion Show” which he also performed at last year. This year The Weeknd’s ex-girlfriend Bella Hadid is set to walk. Hopefully Bella Hadid is not set to walk during his performance or that will be a very awkward sight to see.

Have you ever had or do you have stage fright? What did you/do you do to cope with it? Let us know in the comment section below.