The Young and the Restless Spoilers: Faith A Victim of Selfish and Reckless Parenting – Tween Angst Rises For Poor Child 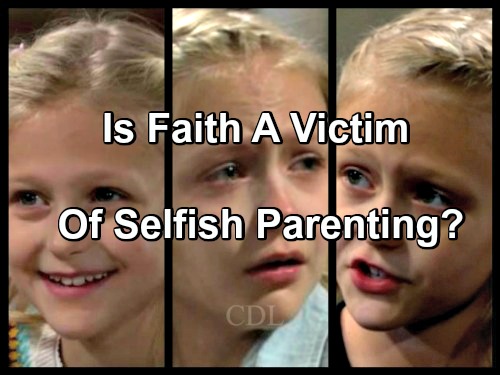 The Young and the Restless spoilers tease that Faith (Alyvia Alyn Lind) will begin playing one parent against another. This tween is one smart cookie, as Sharon (Sharon Case) and Nick (Joshua Morrow) already know. That’s why the recent conflict with Christian (Jude and Ozzy McGuigen) has forced Faith into a parent trap game.

Faith isn’t a bad girl. Far from it. She also clearly understands the factors that are in play between her mother and father. Recently she used her brother’s paternity situation to move from the cottage to the tack house. That was an early indicator that her feelings have been mixed (again) by Sharon and Nick’s self-centeredness. 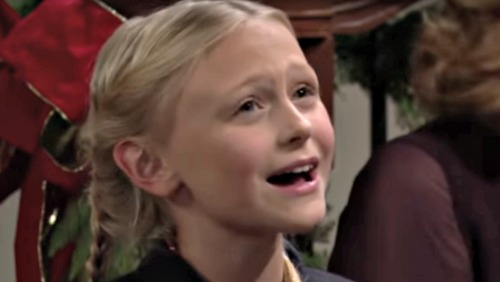 The former super couple that was once known as Shick cares deeply about Faith. They’ve managed to co-parent fairly well during the years since they split. But occasional outbursts, including the most recent one, have opened the door to individual instincts.

A few years ago Nick was threatening to take Faith from Sharon. At the same time Y&R’s writers were inventing a deeper backstory for Mr. Newman. After hearing Nick’s threat, Sharon advised her ex-husband that she was hiding in the bushes when she’d seen Sandy (Elizabeth Bogush) jump into the Newman pool and break her neck twenty-plus years ago.

She’d remain silent about the matter as long as Nick stopped intimidating her, which he then did. Longtime devotees knew that incident never happened, but suspended disbelief in order to enjoy their escapist fiction choice. 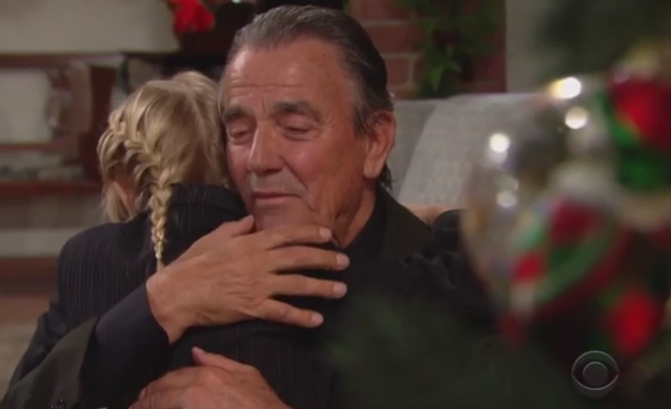 As old-school and more recent viewers know, Sandy held a grudge for two decades and eventually implemented the Christian-to-Sully baby scheme. Dr. Anderson was later killed by Patty (Stacy Haiduk), all was revealed and Christian was returned to Nick, who’s believed to be his real daddy.

Faith was flabbergasted that her mom lied about the matter and soon told Shylan that she wanted to live with her father. Sharon and Dylan (Steve Burton) were devastated, but Faith got her wish. This tweener got over her angst rather quickly and now visits with her mom regularly. 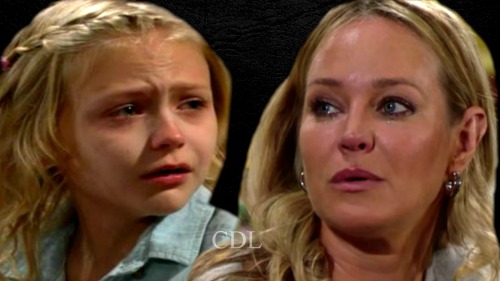 Arguably the most serious consequence ex-spouses create is the transfer of power from themselves to their children. Young minds are often unnecessarily forced to make adult-like decisions after their reckless parents refuse to sacrifice for the greater good of their families.

Faith won’t become the villain in this arc. Instead, she’ll simply be trying to deal with the reality that she faces in parenting her parents. CDL is a leading source for everything linked to The Young and the Restless. Check back regularly for Y&R spoilers and news!