The Young and the Restless (Y&R) Spoilers: Justin Hartley Stars in ‘The Challenger’ – Amazing Movie Role as Boxing Champion

BY Monica DelRay on January 17, 2016 | Comments: one comment
Related : Soap Opera, Spoiler, Television, The Young and the Restless 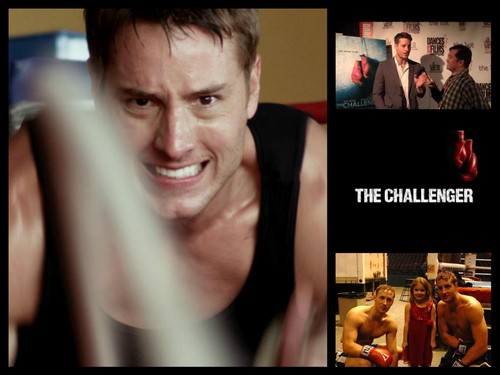 “The Young and The Restless” (Y&R) spoilers indicate that Adam Newman (Justin Hartley) will continue to be central to the action in Genoa City. Not only is Adam a critical part of the coming plotlines, but portrayer Hartley has a booming career outside of soaps that may tempt him away if he’s not kept busy.

Justin has been one of those recasts that fans embraced and he really made the role of Adam his own. But could he be too talented to stick around Y&R? His latest movie, The Challenger, comes out on digital release February 2 after a theatrical run in Fall 2015.

The boxing movie stars Hartley alongside writer/director/actor Kent Moran – and was powerhouse actor Michael Clarke Duncan’s last movie – you’ll recall he died of heart failure not too long ago.

Interestingly, Justin’s ex-wife Lindsay Hartley (ex-DOOL Arianna Hernandez, ex-AMC Cara Castillo) is also in the flick. The two made the pic as they were in the process of splitting up. The movie scored rave reviews from movie goers – a staggeringly high 92% on Rotten Tomatoes.

The Challenger is a boxing movie that has the sensibilities of Rocky – an underdog boxer who lives in a bad neighborhood, fighting to prove himself. Justin plays world title holder boxer James – the adversary of lead character Jaden.

James is the big-time boxer Jaden must defeat to make a name for himself. The story of how Hartley landed the role is interesting. Kent Moran who wrote, starred and directed the picture, works out at the same gym as Hartley and wanted him for the role, but was nervous to approach him.

Moran says he worked up the nerve and came up to Justin at the gym and said, “I’ve got this movie I’d love for you to read. I think you’d be great for this role.” Justin read the script, then he and Moran sealed the deal over lunch.

The key fight scene – where Moran’s Jaden finally gets a shot at title holder James, played by Hartley, was filmed during an actual heavyweight fight night so they could use the crowd that came to the IRL boxing match.

Despite the comparisons to Rocky, director Moran says he sees it as more like Raging Bull because of its Bronx setting. Since it was an indie film, shooting time was short which made it possible for Justin Hartley to participate without cramping his shooting time on Y&R.

Hartley didn’t even have to audition for this one – he was handpicked… And he’s got a new movie “Another Time” which is hitting the film festival circuit now. Plus, Hartley shot an NBC pilot this fall written by Dan Fogelman.

What’s clear is that Hartley is a real talent and Y&R showrunners need to keep a close eye on him. Many blockbuster award-winning actors came off the soaps. Will Justin Hartley also be lured away from soaps to a movie and primetime TV career?

It’s possible – we just have to hope Justin loves portraying Adam Newman more than he wants a full-time movie career – there is no question Justin has the talent he needs to do anything he chooses. Check back with CDL often for more “The Young and The Restless” spoilers, news and updates.