‘The Young and the Restless’ Spoilers: Victor Gains Freedom, Chloe Surprises The Moustache at Home – Phyllis Marriage Is Over

BY Heather Hughes on July 22, 2016 | Comments: one comment
Related : Soap Opera, Spoiler, Television, The Young and the Restless 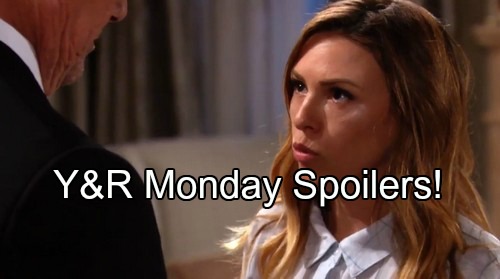 The Young and the Restless (Y&R) spoilers for Monday, July 25, tease that Phyllis (Gina Tognoni) will spew her hatred for Victor (Eric Braeden) in the courtroom. She’ll make it clear that she’s firmly against his release. Phyllis will think Victor’s actions earned him every second of the sentence he’s been serving.

Nikki (Melody Thomas Scott) will pipe up about Victor’s daring rescue, but that won’t make a difference to Phyllis. She’ll insist that Victor needs to pay the price for his crimes. After Phyllis storms out, Jack (Peter Bergman) will decide to share his feelings on the matter.

Jack won’t believe that Victor has changed his evil ways, but he’ll think they need to put an end to all of this. Victor’s family members need him. Judge Gates (David Grant Wright) will adjourn to make a decision. He’ll speak with Victor privately about his manipulation of Meredith (Alicia Coppola). 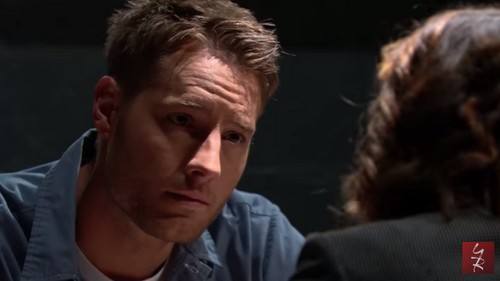 The judge will also mention Phyllis’ outburst. He’ll think there’s a compelling case to keep Victor behind bars. Victor will assure Judge Gates that he won’t try to contact Meredith. Once court is back in session, the judge will give Victor his freedom. Vic will do two years of probation, but he can go home.

At the state pen, The Young and the Restless spoilers say Chelsea (Melissa Claire Egan) will receive the news on her phone. She’ll give Adam (Justin Hartley) updates and complain that Victor has won again. Adam will head back to his cell to sulk.

At Billy’s (Jason Thompson) house, Jill (Jess Walton) will show up to find him arguing with Cane (Daniel Goddard). She’ll declare that she wants them to run Brash and Sassy as a team. Billy won’t really be on board, but he’ll agree anyway.

After Cane exits, an emotional Phyllis will call Billy for a chat. He’ll pretend that it’s Bethany (Chrishell Stause) for Jill’s sake, but she won’t buy it. Billy will hang up and revisit his company complaints with Jill. She’ll promise that Billy can run Brash and Sassy on his own if he proves himself.

Jill will take a look at the new paint color and comment on the last time she saw Katherine (Jeanne Cooper) climb the staircase. The walls were yellow back then, too. Jill will suggest that it’s perfect.

Meanwhile, Jack will stop by Phyllis’ suite. He’ll refuse to let her walk out of his life. Phyllis will contend that they just aren’t on the same page. Later, Phyllis will arrive at Billy’s place and admit that her marriage is likely over. They’ll discuss Victor’s release and Billy will be grateful that Phyllis came back to him. 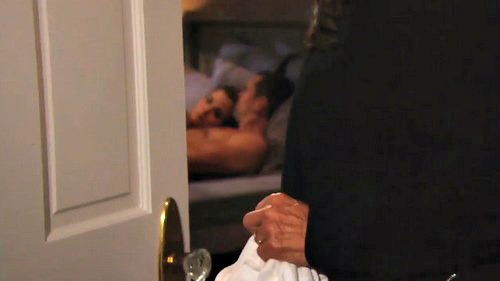 Things will heat up for Billy and Phyllis by the time Tuesday rolls around. Jill will discover their affair when she spots them in bed together! In the meantime, Y&R spoilers reveal that Victor will get a big surprise. He’ll return home and settle in for a drink. Suddenly, Chloe (Elizabeth Hendrickson) will emerge.

Victor will flip out and insist that Chloe shouldn’t just show up like this. The Moustache will demand to know where the real diary pages are. Chloe will continue her Genoa City tour in Tuesday’s Young and the Restless episode. Chelsea will be shocked when Chloe knocks on her door.

It sounds like plenty of drama is in the works. We’ll keep you posted on the twists and turns ahead. Stay tuned to Y&R and don’t forget to check CDL often for the latest Young and the Restless spoilers, updates and news.