‘The Young and The Restless’ Spoilers: Christian-Sully Reveal Caused by Victor’s Remorse and Baby Health Issue 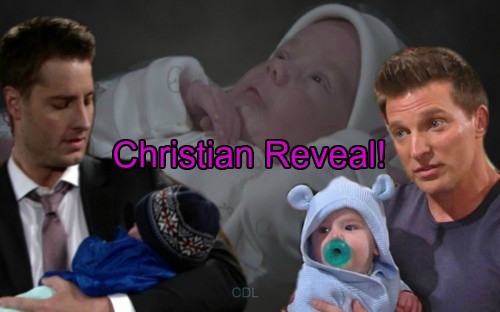 Adam (Justin Hartley) is Christian’s biological father. Viewers of ‘The Young and the Restless’ already knew the facts that were shown above. But, how and when will Y&R reveal that explosive information to all key characters in Genoa City?

The Young and the Restless spoilers tell us that Y&R plots are often convoluted. Real life isn’t always clear cut either. So, similar to information that’s filtered through actual families and groups of friends, a staged reveal seems likely. There are many ways in which this arc could play out. Let’s explore some of them.

Currently, Sharon (Sharon Case) and Mariah (Camryn Grimes) know that Sully is Christian. But, Sharon and Mariah don’t know that Christian is Adam’s child. So, viewers should ask themselves what scenarios are most likely to unfold moving forward? The first stage of the reveal should have Sully revealed as Christian to Nick.

At that point, the initial stage of the reveal would be played. And that would establish another delayed reveal, whereby Nick would eventually have Christian torn from his life, just as Sully will be from Sharon’s.

Of course there is a ready-made health issue that Y&R can use as a catalyst for the Christian reveal. Y&R spoilers remind us that Adam has a rare congenital eye disease inherited from his blind mom, Hope. Not only did Connor suffer from this horrible blight but it is reasonable to assure that Christian may be afflicted as well. Clearly this issue would force the reveal that Adam is Christian’s dad.

Keep in mind that Victor (Eric Braeden) wants to make amends with Adam for having inadvertently sent him to prison. The ‘Moustache’ already learned that Adam was biologically connected to Christian. But, father and son think that Christian died months ago. So, how might new executive producer Mal Young choose to handle that connected tidbit within this evolving arc on ‘The Young and the Restless’?

The most likely set of scenarios would have Nick learn that Christian never died and isn’t actually his son, which transfers this child into Adam’s arms. But, Adam has just begun serving a 30-year prison sentence.

So, an outside force will likely need to help engineer the ultimate reveal. Who has the vigor to uncover and deliver the truth that Christian is Adam’s son? Ah yes, Victor and he’ll do it by fall. A remorseful Moustache is a terrible thing!