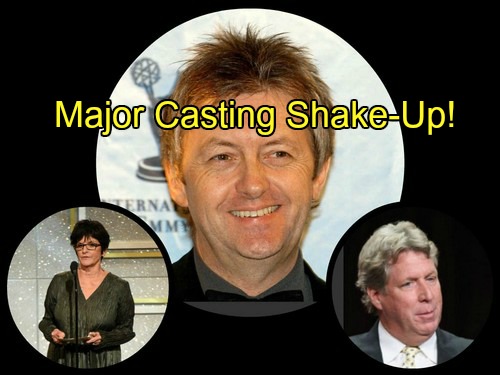 The Young and the Restless (Y&R) spoilers tease that Travis (Michael Roark) is truly sailing out of Victoria’s (Amelia Heinle) life – at least for now. Travis wanted to see the world with Victoria and her children for a few months, but she just couldn’t take the kids away from Billy (Jason Thompson). It seems Travis got the hint. He knows there’s still some love left between Victoria and her ex.

As a result, Travis is selling the bar and shipping out. Michael Roark confirmed his exit via Twitter on Wednesday. Roark tweeted, “Travis says goodbye and sails out of town. Will he come back for his girl? TY fans, cast and crew.” Naturally, many Y&R viewers were upset by the news that the hunky bartender won’t be on their screens anymore.

Roark has been a great addition to The Young and the Restless. “Tricky” fans are certainly disappointed. This couple had some potential, even if they weren’t meant to be a forever love. Travis had no family ties to any of the major players, which would have made him an excellent character to keep around. He could’ve been paired up with plenty of lovely ladies.

Stitch (Sean Carrigan) and Abby (Melissa Ordway) may be headed for a breakup down the road. Travis could’ve been a nice match for Abby once her marriage fizzled. Unfortunately, we won’t get the chance to see how that might’ve played out.

Roark’s departure coincides with the debut of Mal Young’s work as the new executive producer of The Young and the Restless. It sounds like Young had a plan in mind that didn’t include Travis. However, Young gave a small glimmer of hope for Travis’ future though a tweet. He pointed out that this was the “end of a chapter, NOT the end of story.”

Does that mean we could see Travis again someday? Time will tell, but Y&R intends on bringing other characters back into the drama. Maybe Travis’ exit was an attempt to make room in the budget. Tristan Rogers will return as Colin starting on The Young and the Restless Wednesday, August 24. He’ll undoubtedly stir up some trouble in Genoa City.

There’s no word yet on Colin’s next storyline, but we’ll give you updates when we hear more about whatever scheme he’ll be cooking up. Of course, Y&R spoilers watchers will also want to check out Michael Graziadei’s return as Daniel Romalotti Jr. on Thursday, August 25. He’ll have a limited run on the CBS soap.

It appears The Young and the Restless is shaking things up to keep it interesting. We can’t blame them for that, but it’s a shame to lose a promising character like Travis. Oh well. Que sera, sera! At least we’ll be filling the void with some fan favorites pretty soon.

So Y&R fans, what do you think about the decision to dump Michael Roark? Will you miss Travis? Are you glad that Tristan Rogers will be reprising his role as Colin? Does the show seem like it’s headed in the right direction under Mal Young?