‘The Young and the Restless’ Spoilers: Ashley Tells Jack Billy Is in Love with Phyllis – Kevin Grills Chloe About Bella’s Father 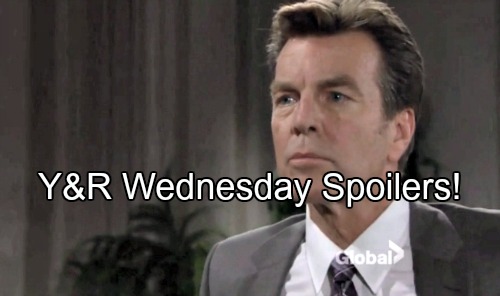 The Young and the Restless (Y&R) spoilers for Wednesday, September 14, tease that Billy (Jason Thompson) will enjoy drinking shots while taking pictures of models. The redhead in particular will catch his eye. It’s obvious that Billy is doing everything he can to keep his mind off Phyllis (Gina Tognoni) and their breakup.

Ashley (Eileen Davidson) will put a stop to Billy’s playtime and ask him to tell her what’s going on. Billy will play dumb, but Ashley will insist that something is up. She sensed a connection between Phyllis and Billy at the Abbott family dinner. Billy will finally admit that there was something between them, but he’ll fib about it being strictly emotional.

Ashley will want to know exactly what happened, but Billy will suggest that it doesn’t matter now. Phyllis ended it and wants to work on her marriage. Meanwhile, Jack (Peter Bergman) will order Colin (Tristan Rogers) to give him some answers about Phyllis. Colin will be tempted to take the cash, but he’ll claim he loves his marriage more than money.

Jack will seem satisfied once Colin lies that there’s no secret. When Jill (Jess Walton) gets updates on Colin’s actions, she’ll be pleased. Elsewhere, Jack will get Phyllis up to speed on what went down. He’ll apologize for his doubts and they’ll make plans for another session with the marriage counselor.

It looks like some guilt will hit for Phyllis. She’ll decide to see the counselor by herself. Phyllis will come clean about her affair in the private meeting. At Jabot, Jack will notice that Ashley is trying to avoid him. He’ll push Ashley to divulge what she’s hiding. Ash will eventually confess that Billy told her he was in love with Phyllis. 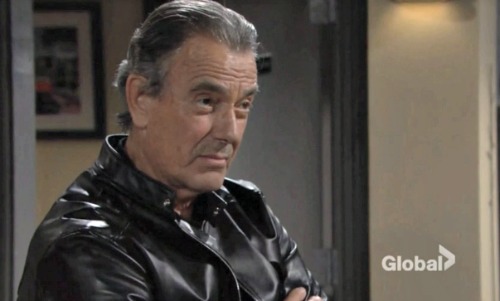 At Chelsea’s (Melissa Claire Egan) studio, Victor will stop by with a peace offering. He’ll return his 35 percent stake in Chelsea’s company. Chelsea will be grateful, but she’ll warn that this doesn’t make up for what Victor did. Victor will understand that, but this is just about gaining peace of mind.

Y&R spoilers say Dylan will bring Sharon (Sharon Case) by to make amends with Chelsea. The ladies will work through their recent drama and Dylan will ask Chelsea about Victor’s visit. She’ll fill Dylan in and he’ll repeat his suspicions about Adam’s death being intentional. Chelsea will chew Dylan out for stirring everything up again.

Sharon will gripe at Dylan and shoo him away. Once he’s gone, Sharon will assure Chelsea that she’ll do whatever she can to make Dylan drop the case. Back at Crimson Lights, Chloe will let Victor know that she’s growing concerned. Dylan is still digging and that can only lead to bad news. Victor will promise that he can handle Dylan.

At the police station, Victor and Dylan will bicker about the investigation. Vic will indicate that he has nothing to hide. Dylan is welcome to share his suspicions and ask anything at all. Victor had better be careful. Too many questions could cause big problems.

The Young and the Restless spoilers reveal that Chloe will also face a round of grilling. At the penthouse, Kevin (Greg Rikaart) will pop in with a toy for Bella (Cali May Kinder). When he starts asking about Bella’s father, Kevin will determine that Chloe hasn’t even told him about his child. Chloe will refuse to spill the details.

Y&R intends on letting the “baby daddy” drama play out slowly, but Chloe will have to tell the truth sooner or later. We’ll keep you posted as more info comes in. Stay tuned and don’t forget to check CDL often for the latest Young and the Restless spoilers, updates and news.

TOMORROW ON #YR: Ashley is caught in the crossfire between Jack and Billy! https://t.co/9Ki4z0p9eJ pic.twitter.com/W5oyzLl6d4