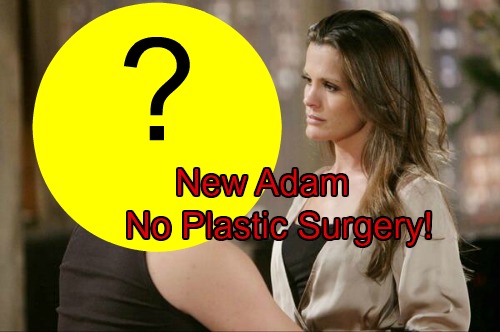 The Young and the Restless (Y&R) spoilers tease that Adam Newman’s (Justin Hartley) future is still uncertain. In an interview with MichaelFairmanSoaps.com, Melissa Claire Egan (Chelsea) opened up about Adam’s farewell and what it means for her character. Egan also offered her thoughts on Adam’s fate.

For starters, Egan discussed the cabin shocker. She admitted that she knew what was coming for months, but she was excited to see how everything would play out. Egan noted that she liked to talk about the storyline being “explosive” as a subtle hint to viewers.

She wasn’t kidding! That last scene was indeed explosive. The Young and the Restless fans realized Adam was going to be written out somehow thanks to Hartley’s new show, This Is Us. However, no one knew he’d go out with such a bang. Now we’re left with questions about Adam Newman and a possible recast.

Egan discussed the warm family scenes that occurred just before Adam’s supposed death. “I thought they were very special,” Egan said. She added that it was “a great way to send off their coupledom in a beautiful way, and to have those last moments for the fans, before sadness.”

Naturally, everyone began to wonder if Adam might return with a new face down the road. They could go the plastic surgery route again or use the old-fashioned “just pretend Adam has always looked like this” approach. The latter would undoubtedly be preferable at this point.

If the show chooses to surgically reconstruct Adam’s face once more, it would be a little ridiculous. Egan didn’t seem too enthused about that idea either. “I really don’t think they will (go there), and I’m not just saying that,” Egan said.

Of course, we have to remember that The Young and the Restless often keeps recasts under wraps until the time is right. Y&R puts out disguised casting calls occasionally and a recent one seems quite similar to Adam. If they’re taking those steps to conceal the casting process, they’re definitely not going to let Egan blab it all over the Internet.

Besides, no one can be sure of Y&R’s long-term plans. Adam could show up next year or in 10 years. You just never know. Regardless, The Young and the Restless was careful to leave their options open. We never saw Adam’s dead body, which is a huge red flag. A presumed death is barely a death at all on a soap!

We also saw someone wearing black gloves while placing Adam’s wedding ring in a drawer. If Adam isn’t coming back, then why didn’t they just end things with the memorial? It’s tough to believe that Adam is gone forever.

It’s possible Egan’s comments are about setting up a Nick (Joshua Morrow) and Chelsea pairing. If Y&R can make you believe Adam isn’t returning in any form, it makes it easier to accept Chelsea cozying up to Nick. Egan confessed that she enjoys working with Morrow and they’re just seeing where the show takes the relationship.

It’s a safe bet that “Chick” will happen before long. We’ll give you updates as more news comes in. Stay tuned and don’t forget to check CDL often for the latest Young and the Restless spoilers, updates and news.