‘The Young and the Restless’ Spoilers: Jack Hands Over Cash, Wants Dirty Details from Colin – Sharon Gets Mystery Phone Call 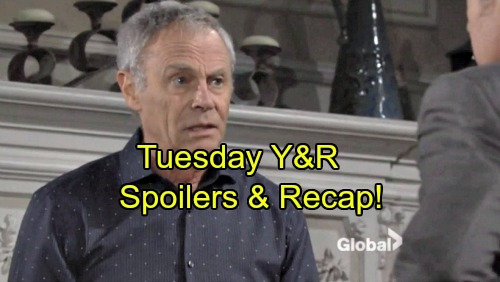 The Young and the Restless (Y&R) spoilers for Tuesday, September 13, tease that Nick (Joshua Morrow) will worry about Chelsea (Melissa Claire Egan). At the penthouse, Chloe (Elizabeth Hendrickson) will inform Nick that Chelsea already headed back to work. He’ll believe that’s much too quick. Chelsea needs time to grieve.

Chloe will insist that Nick needs to butt out and let Chelsea deal with this on her own. She’ll feel like Nick is out of line. Meanwhile, Sharon (Sharon Case) will be in for an unpleasant surprise. Chelsea will chew Sharon out for pushing the dates back on her new line. She’ll send Sharon home to reevaluate her job description. Chelsea will plan on sticking around to clean up Sharon’s mess. 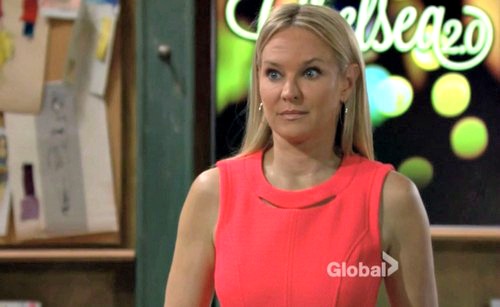 When Chloe arrives, she’ll inform Chelsea that all of this is her fault. Chloe will confess that she told Sharon to alter the dates. Chelsea will offer an apology for lashing out. She just doesn’t want to dwell on Adam’s (Justin Hartley) death. Chloe will agree to make the appropriate phone calls and get everything back on track.

Nick will show up to convince Chelsea that she needs to take time off to mourn. Chelsea will refuse to let her loss slow her down. She’ll tell Nick that he doesn’t have to keep his promise to Adam. Chelsea will suggest that she’ll be just fine and so will Connor (Gunner and Ryder Gadbois). She’ll send Nick away and sob once she’s alone.

At Crimson Lights, Sharon will get a puzzling phone call. An unknown number will appear and Sharon will answer it. When no one says anything, Sharon will contact the phone company. They won’t provide any useful info. It looks like Sharon will just have to wonder until Y&R decides to drop a few more hints. 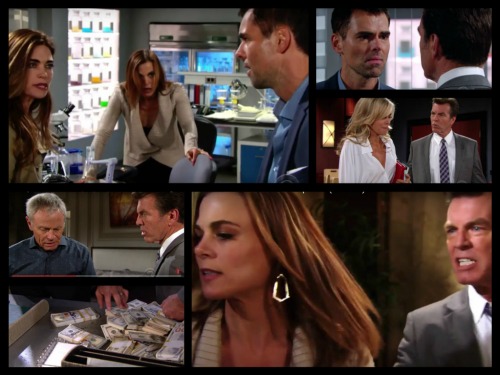 Other Young and the Restless spoilers say Jack (Peter Bergman) and Phyllis (Gina Tognoni) will attend their first session with a marriage counselor. They’ll open up about their Marco (Peter Bergman) problems, but they’ll leave in a funk. The counselor’s hopeful words won’t do much to ease their minds.

Phyllis will chat with Summer (Hunter King) about it in the park. Summer will bring up her own relationship troubles and urge Phyllis to fight for her marriage. She’ll add that she’d like to go back to school. It seems Summer is looking for a good distraction.

At the Chancellor mansion, Billy (Jason Thompson) will let Jill (Jess Walton) know that she got her wish. Phyllis broke things off. Jill will sense that Billy is really hurting. She’ll finally understand that Billy was in love with Phyllis. 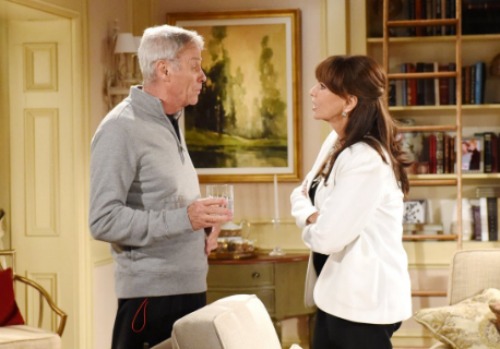 Of course, that doesn’t mean Jill is dropping her plan. She’ll still hope to reunite Billy and Victoria (Amelia Heinle). Unfortunately, Colin (Tristan Rogers) is putting Jill’s whole scheme in jeopardy. He offered Jack $1 million in exchange for information on Phyllis. Jack will spill the news to Jill and she’ll assure him that it’s just Colin being Colin. She’ll encourage Jack to forget about Colin’s scam.

After Jack is gone, Jill will warn Colin to keep his mouth shut. Later, Jack will find Colin and follow him to a suite at the athletic club. He’ll produce a bag of cash and demand to know the dirty details.

Will Colin give Jack updates or stay tight-lipped? Regardless, Phyllis and Billy’s secret will soon be exposed. Stick with the CBS soap to see all of the shocking moments ahead.