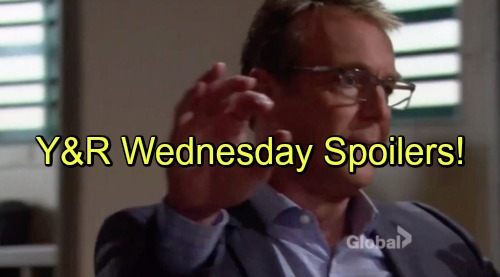 The Young and the Restless (Y&R) spoilers for Wednesday, October 12, tease that Jill (Jess Walton) will prepare for a product launch at Brash and Sassy. She’ll say they just need to make a few more tweaks and it’ll be ready. Billy (Jason Thompson) will urge Jill to talk to Cane (Daniel Goddard) and Victoria (Amelia Heinle). He’ll announce that he’s quitting his job at the company.

Jill will be taken aback by Billy’s news. She’ll undoubtedly try to talk her son out of it. However, Billy seems determined to break away from Jill and incessant attempts to control his life. Y&R fans know that Billy has been struggling lately. He recently decided to move out of the Chancellor mansion after another fight with Jill.

It looks like this is phase two of his plan to do things his own way.

Will Jill convince Billy to stick around or will he choose to seek employment elsewhere? Regardless, Jill isn’t going to like this conflict. Mother apparently knows best. We’re sure to see some major clashing as Billy tries to move in new direction. 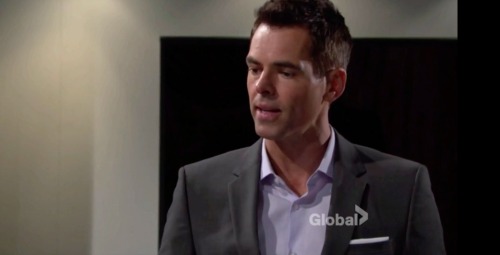 Cane and Victoria will have something to say about Billy’s decision as well. The Young and the Restless spoilers state that Billy will make a deal with Cane and it could affect the product launch. Stay tuned for updates on how it all plays out.

Meanwhile, Mariah (Camryn Grimes) and Sharon (Sharon Case) will be at odds over the Patty (Stacy Haiduk) dilemma. Sharon is really feeling the pressure thanks to Patty’s demands. Patty wants freedom in exchange for her silence, but that’s not exactly a piece of cake for Sharon.

Mariah will insist that they have to take away Patty’s leverage by coming clean. If Sharon tells the truth about Sully, she won’t have to worry about Patty’s threat. Of course, Sharon will refuse to let her secret out.

She hates deceiving Nick (Joshua Morrow) and Dylan (Steve Burton), but she won’t willingly give up her baby boy. Sully means so much to Sharon and she’s not going to let him go without a fight. 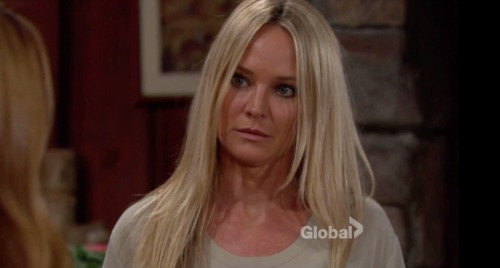 The Young and the Restless spoilers indicate that Sharon will fill Mariah in on a risky scheme. She’ll suggest that they can dupe Patty and get rid of the problem. If they can convince Patty to start acting out, they can score a transfer to another facility. Patty will believe she’s going to escape in transit, but she’ll actually be headed somewhere with extra security.

Sharon will contend that no one will buy Patty’s story if the staff thinks she’s truly crazy. Mariah will think Sharon is too stressed to deal with Patty right now. She’ll choose to go in Sharon’s place for this next meeting.

As Mariah heads over, Paul (Doug Davidson) will also decide to pay Patty a visit. Mariah is about to face an extremely tricky situation.