The Young and the Restless Spoilers: Dylan Surrenders Christian To Nick – Sharon and Dylan Sob In Heartbreak 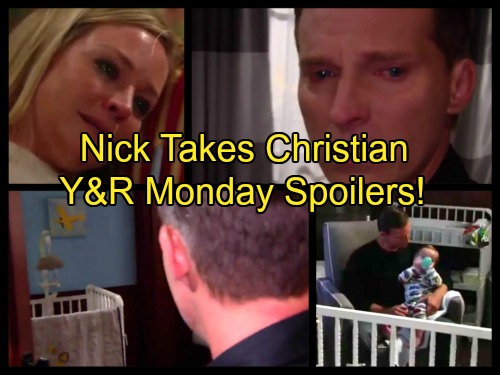 The Young and the Restless (Y&R) spoilers for Monday, November 7, tease that Dylan (Steve Burton) will cling to the hope of a future with the baby. He’ll hate the idea of losing his family. Elsewhere, Sharon (Sharon Case) will ask Chelsea (Melissa Claire Egan) to help her change Nick’s (Joshua Morrow) mind about taking back Christian.

Chelsea will call Sharon out for her lies. However, Sharon will point out that Chelsea lied to Dylan as well. They’ll argue about their motives for keeping baby secrets. Later, Chelsea will pay Victor (Eric Braeden) a visit. She’ll hint that she’s having second thoughts about hiding Christian’s true paternity.

Victor will remind Chelsea that Adam (Justin Hartley) would want Nick to raise his son. He’ll add that Nick would be crushed if he knew the truth. Chelsea won’t want to hurt Nick, so it looks like she’s going to keep her mouth shut for now.

After concluding her chat with Victor, Chelsea will head over to Dylan and Sharon’s place. Meanwhile, Nick will insist that he’s ready to take his boy home. Dylan will suggest joint custody and Sharon will believe that’s a perfect solution. They already do it with Faith (Alyvia Alyn Lind) and it works out.

Nick will think it’s ridiculous to compare the situations. He’ll feel like he deserves the chance to be a full-time father to Christian. Nick will state that he’s going to have them charged with kidnapping if they don’t follow his wishes.

Dylan will admit that this is the end of the road. He’ll tearfully pass Nick the baby. Chelsea will arrive to see the last of their encounter. She’ll head out with Nick and Sharon will cry with Dylan. This Young and the Restless storyline is definitely a tearjerker! 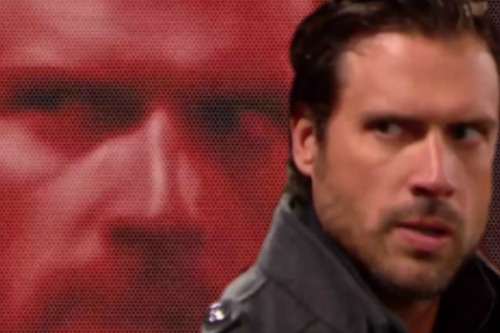 Other Y&R spoilers say Victor will meet with Curtis Fielding (Bradley Snedeker), the board member who gave Jack (Peter Bergman) and Phyllis (Gina Tognoni) information. After scolding him for being the mole, Victor will deliver a threat. He’ll vow to make Fielding’s life miserable if he doesn’t do what he’s told.

Victor will order Fielding to make sure the Abbotts don’t get away with this. A short time later, Fielding will give an interview to GC Buzz. He’ll tell Hilary (Mishael Morgan) that he was responsible for leaking the phony documents. This should be big news in Genoa City.

At the hospital, Cane (Daniel Goddard) will get his basketball injury checked out. Stitch (Sean Carrigan) will note that Cane is going to need knee surgery. He’ll schedule it, but Cane won’t want to miss work. 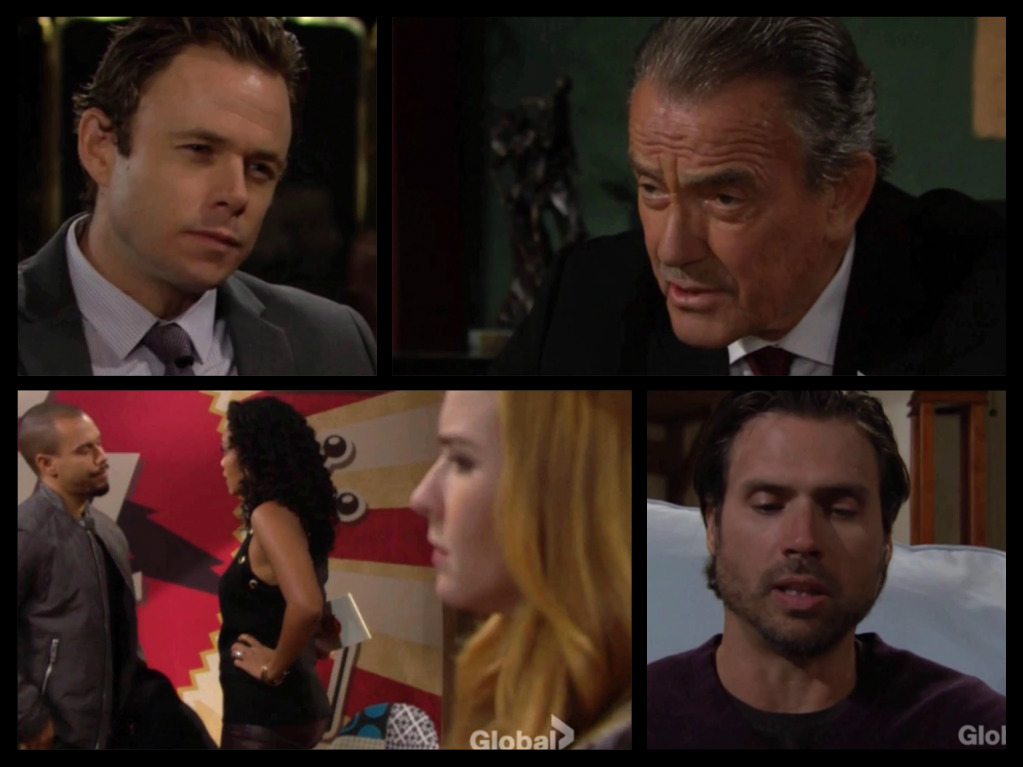 The Young and the Restless spoilers say Ashley (Eileen Davidson) will gripe when she sees Phyllis hanging around Jack’s office in her bra. It’s just the result of a coffee mishap, but Ashley will assume Phyllis is up to her usual tricks. Phyllis will leave the room for a moment and Ashley will divulge a new business plan.

Jack will like what Ashley is bringing to the table. He’ll think this will help them conquer Brash and Sassy. Phyllis will return for updates, but Ashley won’t think she even deserves to be at Jabot. Jack will shoo Ashley away and Phyllis will take it as a sign of support. Jack will hastily insist that he has no desire to get back together with Phyllis.

Y&R spoilers reveal that Jack will soon attempt to distance himself even further. He’ll want Phyllis out of his life entirely. Will something happen to change Jack’s mind? Stay tuned and don’t forget to check CDL often for the latest Young and the Restless spoilers, updates and news.