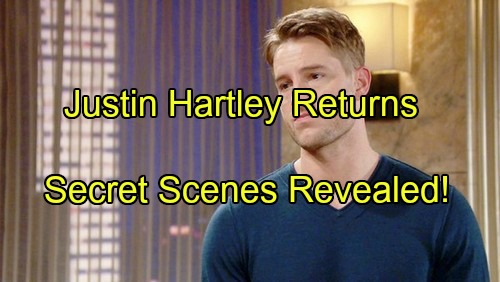 The Young and the Restless (Y&R) spoilers tease that the final scenes Justin Hartley (Adam Newman) filmed before departing the show have yet to be revealed. Last seen in the cabin with Chloe (Elizabeth Hendrickson) before apparently being blown to smithereens, Adam Newman will be shown alive and nearly recovered in the near future. His revival will be tied to the Christian reveal.

Nick took the jolt as many fans expected and initially demanded to take his son home, but temporarily relented when Dylan (Steve Burton) arrived at the cottage. That stunning sequence sent Nick back to Adam’s penthouse apartment where Chelsea (Melissa Claire Egan) was waiting.

Conflicted over Adam’s own admission (that Christian was actually his son), Chelsea tried as best she could to help Nick make sense of Sharon’s actions. She maintained her husband’s confidence but will obviously be conflicted over what the best course of action should be in this unexpected scenario.

The Young and the Restless spoilers warn that any potential future Chick may have will be shaped by whatever choice Chelsea makes within the immediate aftermath of Sharon’s apocalyptic announcement. If Chelsea maintains the lie, as Victor (Eric Braeden) wishes, that Christian is Nick’s son, we know their future as a couple is doomed. 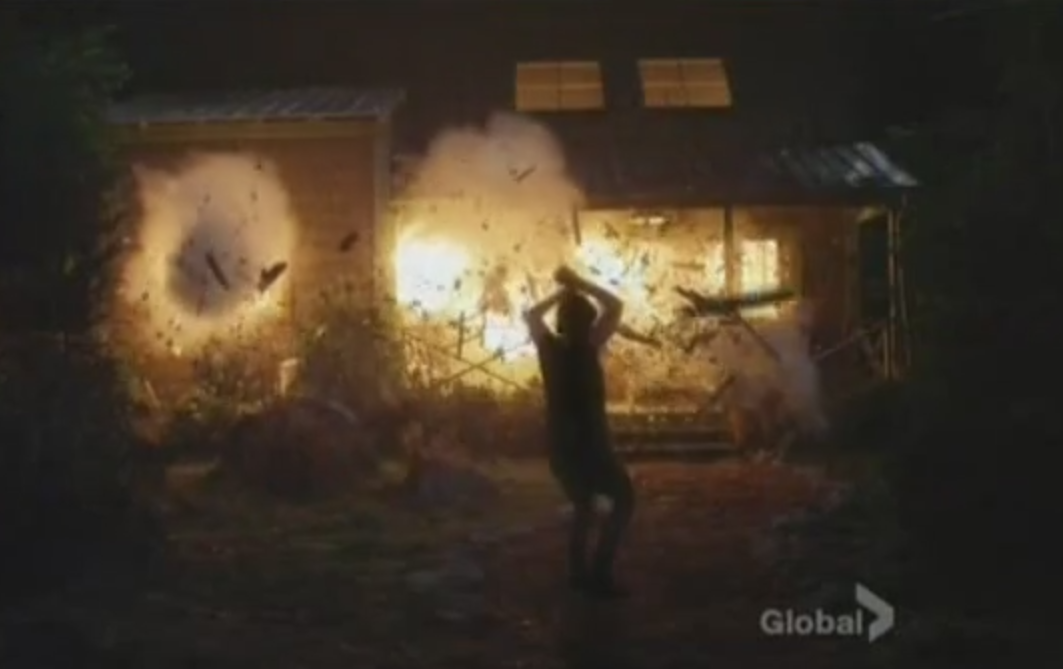 As The Young and the Restless spoilers at CDL and many Y&R fans suspected, Adam Newman wasn’t in the cabin when it exploded. After Chloe left he remained conscious and attempted to follow his nemesis.

Collapsing on the surrounding grounds after the cabin’s heating system burst, Adam was then taken in by a local retired doctor. And no, this person isn’t Ian Ward (Ray Wise). The elderly recluse isn’t aware of who he’s been caring for and has been helping Adam to recover during the past few months. Amnesia has prevented Adam from fully knowing who he is and therefore attempting to contact his wife to-date.

The Young and the Restless spoilers reveal that Justin Hartley filmed extra scenes prior to his departure. His exit and recovery will be shown in the forthcoming flashback sequences. When Adam recovers his memory he’ll contact Chelsea, who will visit him at his current location.

Y&R spoilers predict that at that point she tells him that Christian is alive and their renewed life will begin. These developments, which will play out slowly, will coincide with the end of filming for This Is Us Season 1. Hartley’s schedule break will then allow him to reprise his role on a limited basis before heading back to begin work on Season 2 of his hit prime time series.

The FALLOUT is just beginning on #YR! pic.twitter.com/40s0sv5t33