The Young and the Restless (Y&R) Spoilers: Is Chuck Pratt Next to Be Fired After Jill Farren Phelps’ Dismissal? 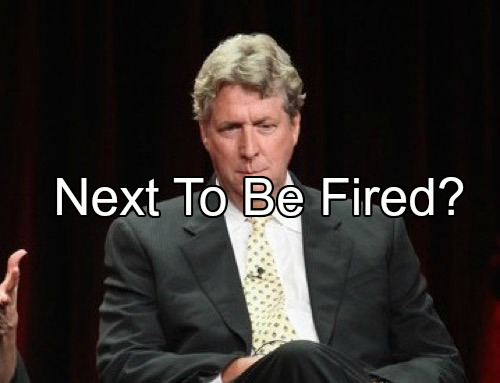 “The Young and the Restless” spoilers tease that some major shakeups are happening behind the scenes at the CBS soap. If you haven’t heard by now, Jill Farren Phelps is out as Y&R’s executive producer. Many fans are still cheering over the news. In fact, most viewers are wondering if other changes are in store.

According to Highlight Hollywood, several other bigwigs are in danger of losing their jobs. Charles Pratt Jr. aka Chuck Pratt, the head writer of “The Young and the Restless,” immediately comes to mind. With Phelps running the show and Pratt writing it, things have been steadily declining. Pratt’s work often leaves viewers scratching their heads.

For a long time, fans debated the possibility of Pratt getting the boot on social media. Some people seemed to think Pratt was untouchable as long as “The Young and the Restless” remained the leader of the soap pack. However, Phelps’ firing certainly makes us wonder if Pratt will be the next to go.

It’s safe to say that a good portion of the audience is ready for a change.

Pratt leaves some storylines dangling while others drag on for years. It took forever for everyone to find out that Gabriel (Justin Hartley) was actually Adam. Now Adam is facing murder charges for the death of Constance Bingham (Sally Kellerman).

We haven’t seen Constance on screen in over a year and a half. Do we really care about her anymore? It would be nice to have some plots that propel Y&R forward instead of making us dig through Wikipedia for a refresher.

Viewers have also been complaining about the blatant sexist nature of the show lately. Why is Victoria (Amelia Heinle) seemingly incapable of running Newman Enterprises and managing a low-key love life? Better yet, why is every Y&R woman crazy, incompetent, desperate or all of the above?

To be fair, Pratt is always full of surprises and that can draw some viewers in. Still, shocking moments aren’t the only thing fans tune in for. We want solid storytelling and character development, too. Will we get that if Pratt is sent packing? Time will tell, but it might be worth a shot.

Stick with CDL for updates on any other significant shuffling.

So Y&R fans, what do you think about the idea of Chuck Pratt possibly getting fired? Would that be a good move? Do you have any thoughts on a potential replacement for Pratt?