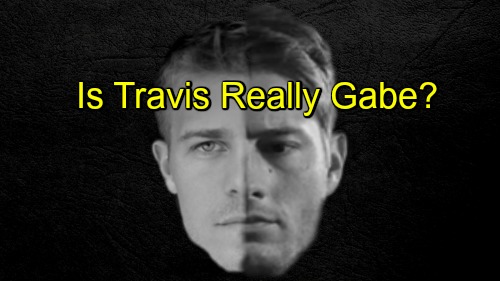 The Young and the Restless (Y&R) spoilers continue to rattle fans who have been raging for years about the horrific death of Delia Abbott, coming up with all kinds of scenarios on who killed her. Although Adam Newman was charged and convicted with the hit and run, causing her death, Y&R fans know that there is a strong possibility he didn’t actually do it.

Yes, the nay-sayers will be upset, but there is another possibility. What about Gabriel Bingham?

What about when Travis first appeared on Y&R and he had first met Victoria and he mentioned “jail time and car wrecks”; could he be referring to Delia’s hit and run death, or the car crash a year later, when Adam became “Gabe”? Too many ‘coincidences’ on The Young and the Restless point to Travis being Gabe.

There are too many facts supported the Travis is Gabe theory on Y&R lately to ignore. What if Travis Crawford really is Gabriel “Gabe” Bingham? Before you shake your head, think about it! There is a lot of speculation that Gabe was the one who had hit Delia Abbott that night; what if that were true?

It would mean that Gabe would have to change his looks, which means that Sage Warner (Kelly Sullivan) was probably involved. 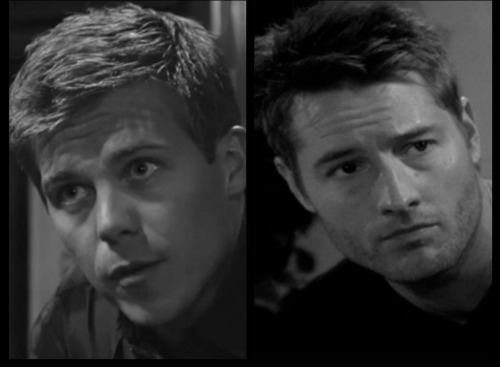 For The Young and the Restless spoilers to pull off this story and add Constance into the mix is easily explained too. After Gabe had facial reconstructive surgery, he went to work in New York City on Wall Street; meaning he wouldn’t be living with Constance at all, so she wouldn’t have seen his new face.

A year later when Billy Abbott (then Billy Miller) and Adam Newman (then Michael Muhney) were involved in the fiery car crash, Y&R spoilers tell us that Sage found the perfect opportunity to save Gabe.

This could also be why Sage lied about the fact that Gabe died saving Adam from the explosion. Fans who watched at the time of the accident, would know that Billy was laying in the water, where Paul Williams (Doug Davidson) and Nick Newman (Joshua Morrow) found him.

When the accident occurred, Adam was thrown from the vehicle, he wasn’t even near the car when it caught fire or exploded, and no body was found. The only reason people believe there was a body found is because that is what Victor told Chelsea; and we all know that Victor will say whatever best suits his needs.

If The Young and the Restless’ Gabriel Bingham was actually the hit and run driver, giving Adam Gabe’s face, would not only save her beloved Gabe from ever being caught and charged; it would also give Gabe a little bit of revenge on Victor Newman’s (Eric Braeden) family. Something Gabe would want to happen after his father’s death, thanks to Victor killing his dad’s company and future. 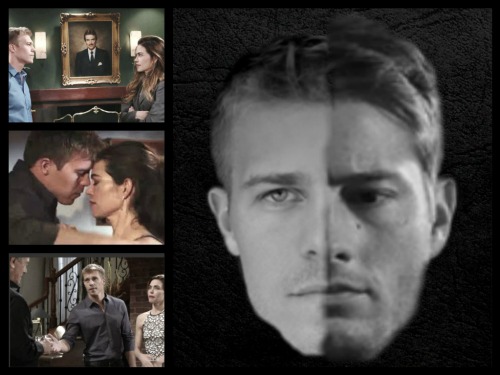 Y&R’s Travis has a hidden past, and we all know that secrets have their way of coming out. Travis has wormed his way into the Newman family. Not only is he living with Victoria Newman, Victor Newman seems to buy his “good guy” act, and not only approves of his relationship with his daughter, he even offers him a job at Newman Enterprises, the very company that destroyed his (Gabe’s) father.

On The Young and the Restless last week (week of September 26), we learned that Ashley Abbott (Eileen Davidson) knows Travis Crawford (Michael Roark) from a summer in the Hamptons, where he was the one to “watch for” on Wall Street. He admitted that he hated being on Wall Street and was looking for something new; bought a bar and found a reason to stick around: Victoria Newman (Amelia Heinle).

The Young and the Restless spoilers say Travis is right where he needs to be – everything is a strategic move to him. Remember all the other coincidences too, like the fact that he wanted to leave everything behind, buy a sailboat and sail around the world?

Don’t you find it interesting the story Nick Newman (Joshua Morrow) said when he first ran into “Gabe” and Sage; the one about them stealing his grandmother’s sailboat and crashing it?

There is also the marriage of Y&R’s Sage and “Gabe” (really Adam), and that they had to remain married for two years to inherit Constance Bingham’s money. When Adam, as Gabe, insisted on living in the condo across the hall from Chelsea Newman (Melissa Claire Egan) and Connor; things began to unravel.

Sage fell in love with Nick, breaking the rules, causing the money to be transferred to Constance Bingham’s favorite charities. But, what if those charities were only “shell companies” Gabe/Travis created while working on Wall Street? It would also explain how he was able to pay off all debts for the bar, buy a sailboat and travel the world – and why he fled Wall Street!