The Young and the Restless Spoilers: Jack Abbott Arrested For Domestic Abuse and Violence – Victor Visits Rival In Jail?

BY Sean O'Brien on September 22, 2016 | Comments: one comment
Related : Soap Opera, Spoiler, Television, The Young and the Restless 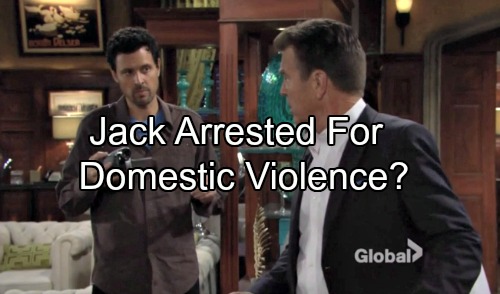 The Young and the Restless (Y&R) spoilers teased Phyllis’ (Gina Tognoni) fall. Now, viewers must be wondering if Jack (Peter Bergman) will be arrested on domestic abuse charges and put in jail like a common criminal? And imagine the potential sight of Victor (Eric Braeden) returning to Walworth State Prison, where this time he would purely be visiting his arch enemy behind bars!

It was an accident. But, Jack set himself up as a suspect by verbally trashing his wife and brother all over town and across the Internet earlier this week. So, when bad Billy-boy (Jason Thompson) happened upon the Abbott mansion and saw his latest true love lying on the ground he freaked. Billy dysfunctional and emotionally knee-jerked into believing that Jack had done something violent and intentional to Red. 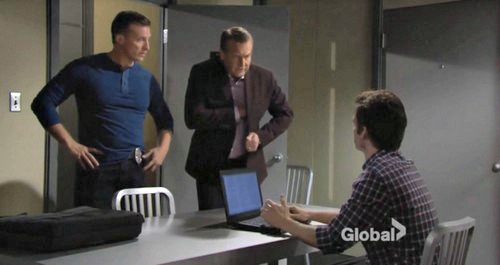 Jack is familiar with women falling down the stairs and being badly injured. More recently Michelle Stafford (the former Phyllis) tripped after she and Sharon (Sharon Case) argued at the top of a cement staircase. That version of Red went into a coma after tumbling. The character later awoke wearing Tognoni’s face (what a shock that must have been when first looking in the mirror).

Of course, that was because Stafford opted to leave her long run on Y&R (Jill Farren Phelps wouldn’t use her) to pursue other callings. Nina Clay became her next muse on ABC’s General Hospital. 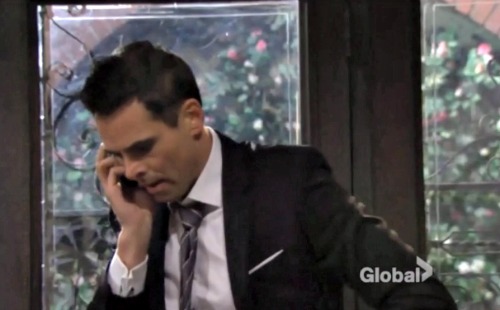 Eons ago, in both real and soap time, Jack learned that his wife and expectant mother of his child, Nikki (Melody Thomas Scott), had fallen down the stairs at the Newman Ranch. While he didn’t intend to do it, Victor brushed Nikki off as she was trying to grab onto him. That carpeted cascade caused ‘Nack’ to lose their unborn son who they named ‘John Abbott III’.

No one involved in the Jack-Phyllis-Billy triangle is thinking clearly. So, that’s why Phyllis and Jack were arguing. Jack told Phyllis to leave his house and get out of his life. Phyllis refused to accept his command and followed him up the curved Abbott family staircase. 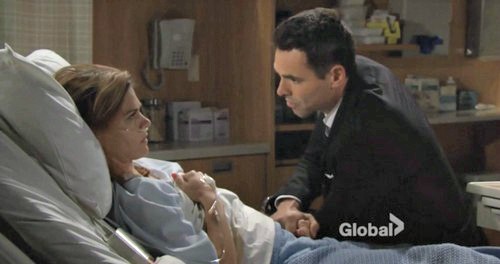 Jack pushed Phyllis off of his arm, she lost her footing and fell badly. Similar to the initial results of the Stafford-Case play, Tognoni appeared to be unconscious after she (Phyllis) hit her head.

Hospital scenes and a resulting law enforcement inquiry, as directed by Genoa City police chief Paul Williams (Doug Davidson), now follows. Whether that investigation leads to Jack eventually wearing an inmate number on a bluish jumpsuit is yet to be determined. But, surely Victor will smile once again when he learns about Jack’s latest bit of trouble – even more since The Moustache hates Phyllis with a passion.