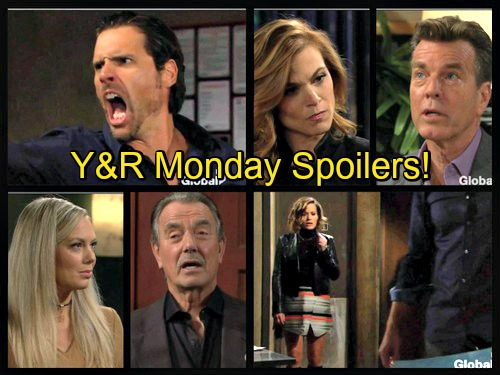 The Young and the Restless (Y&R) spoilers for Monday, October 31, tease that Jack (Peter Bergman) will be excited about the latest info for his plot. He’ll insist that this is just what they need to start digging Victor’s (Eric Braeden) grave. Phyllis (Gina Tognoni) will stick to the plan, but there could be a problem.

In Friday’s Young and the Restless episode, Abby (Melissa Ordway) spots Phyllis trading briefcases with a Newman board member. She’ll undoubtedly grow concerned about the threat to Victor’s company. However, Abby might be a little torn since she’s part of the Abbott family, too. Loyalty could be a big issue here. 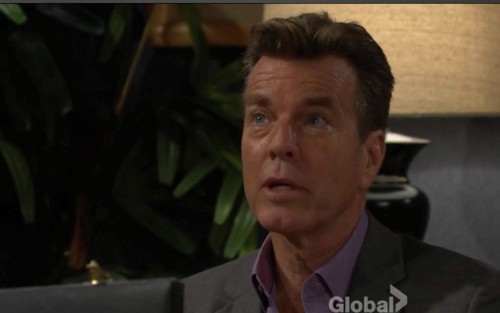 Abby might need to talk to someone about this. Since Summer (Hunter King) knows what it’s like to be stuck between the feuding families, she’d be the perfect confidant. Monday’s Y&R preview video shows Abby and Summer chatting in Victor’s office. Suddenly, Victor will walk through the door.

Abby will stammer that she didn’t know Victor would be home so soon. She thought he would be away longer on his trip. Victor will flash a grin and point out that he didn’t really leave town. Maybe Victor thought he could lure his mole by pretending he wasn’t around. 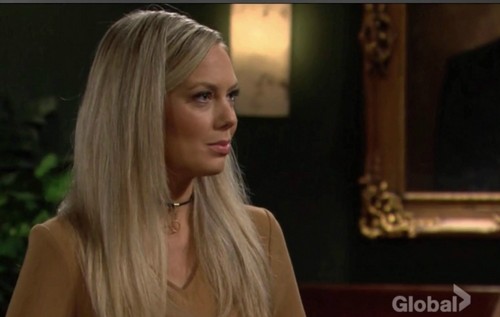 Summer will give Abby a panicked look. If she knows Phyllis is up to something, she’ll worry about Victor catching her. Things have always been tricky for Summer. Her mother and grandfather are fierce enemies, especially since the Marco (Peter Bergman) ordeal unfolded.

Abby and Summer will try to stay cool under pressure. It should be tough. They realize Victor is working hard to pinpoint his leak and trace it back to Jack. They also know this could ignite the war of the century. Victor trusts his family, but Summer and Abby may give him a reason not to if they keep secrets. 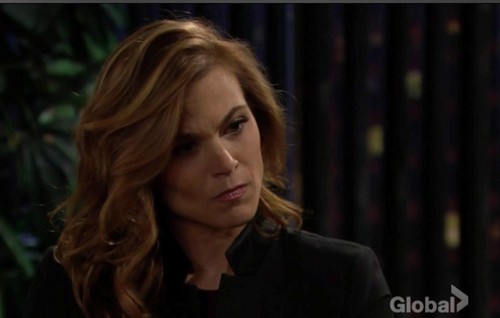 Meanwhile, Nick (Joshua Morrow) will have a startling outburst in the back of The Underground. Chelsea (Melissa Claire Egan) will hear the commotion and rush to Nick’s side. As she enters the room, Chelsea will see Nick flinging objects around. He’ll smash everything in sight.

It’s clear that Nick is beyond distraught. When he notices Chelsea is behind him, Nick will lash out at her. He’ll want her to leave immediately. Nick will be in no mood for Chelsea’s pity. Still, Chelsea may have trouble going along with Nick’s wishes. How can she leave him when he’s in this terrible state? 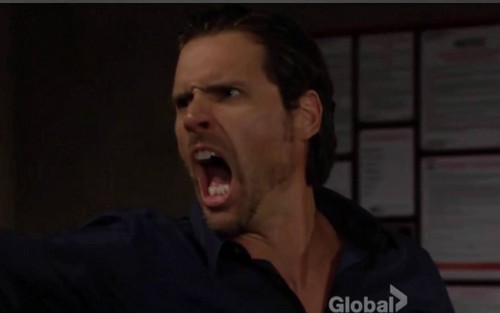 Even if Chelsea agrees to give him a few moments alone, Nick will have to open up eventually. This could be a good opportunity for them to bond. Chelsea and Nick have both faced a tremendous amount of loss. They understand how intense grief can be.

The Young and the Restless spoilers indicate that Nick and Chelsea’s romance could bloom sooner than you think, but the Sully reveal has to come first. That drama will keep Nick busy for a while. We’ll give you updates as more news comes in.

TODAY ON #YR: Billy rushes to Phyllis’ defense but does she want his help? pic.twitter.com/LkmInjYe6L