‘The Young and The Restless’ Spoilers: Mystery Woman Working with Victor Revealed – Chloe or Natalie? 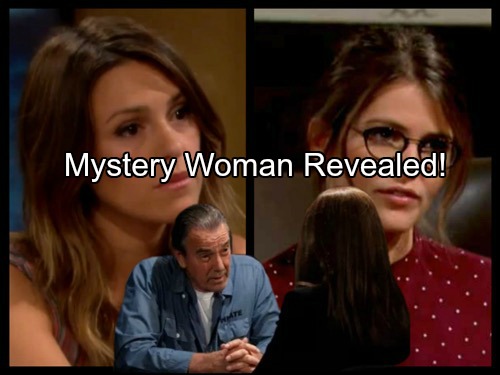 The Young and The Restless (Y&R) spoilers reveal that we’ll soon find out who Victor Newman (Eric Braeden) is scheming with but Y&R fans are divided on who the mystery woman is plotting with The Moustache. Is it Chloe Mitchell (Elizabeth Hendrickson) or Natalie Soderberg (Mara McCaffray) – or could it be both?

Mara McCaffray posted some pretty cryptic tweets that have us wondering if Y&R showrunners are toying with fans. The Young and The Restless spoilers provide evidence that could implicate either woman. 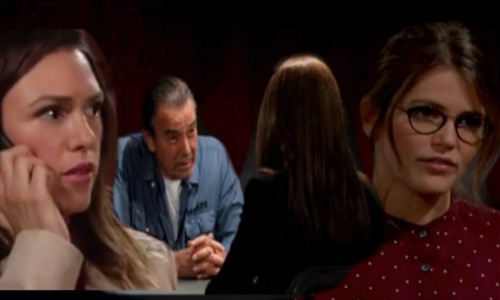 The case for Chloe as co-conspirator

Chloe seems like the obvious choice as the one scheming with Victor to frame Adam Newman (Justin Hartley) for the “murder” of Constance Bingham (Sally Kellerman). But sometimes the obvious choice is a red herring to distract the audience. That being said, there’s tons of motivation for Chloe to help.

After all, the last time Chloe was in Genoa City, she showed up specifically to see Adam punished, at long last, for killing Delia Abbott – even though it was an accident. Chloe held a gun on Adam at Chancellor Park but didn’t kill him then. But you’ll recall, that wasn’t all she did to Adam.

When Adam walked out of court, Chloe ran him down with her car as well. She was determined to make him pay. Chloe is clearly unhinged in general – but also very specifically when it comes to Adam. Chloe would be willing to work with Victor to punish Adam and planting evidence would be no big deal to her. 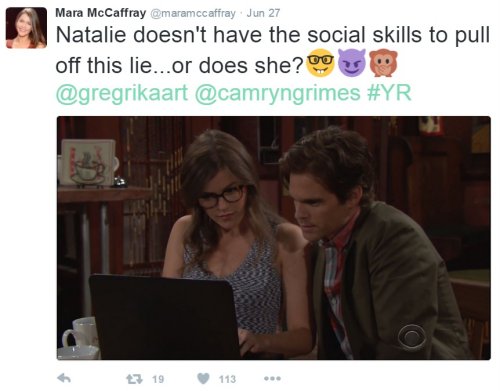 The case for Natalie as co-conspirator

But let’s not discount Natalie. She’s a clever girl and even though she seems to have alibied herself for some of the meeting times at the jail seen on the security feeds, the hacker could have tampered with the times on the video to make herself look innocent. But why would Natalie conspire with Victor?

First, Natalie loves money. Sure she’s got tons of Passkey cash, but The Young and The Restless spoilers indicate she’s blowing through it fast and wouldn’t turn down more. Second, there is a backstory that we don’t know about Natalie. There has been speculation that she might be a closet Newman or Abbott.

Whatever her story is (assuming the writers haven’t dropped the plotline that was hinted), Natalie might have some other motivation to scheme with Victor against Adam. Or Natalie may just like making trouble for people, saw this scheme as a challenge, wanted the cash, and decided to go for it.

Then again, maybe it’s both Chloe and Natalie…

Here’s what could be really interesting. What if Victor is working with both Chloe and Natalie and that’s why Natalie doesn’t have an alibi for all the meetings? Perhaps Victor is conspiring with Chloe on the Adam scheme and with Natalie on the oil rig scheme?

The Adam scheme involves sneaking into places, planting evidence, and bribing lab techs and other people. That’s totally stuff that Chloe could do. But the oil rig stuff and Newman Enterprises plot involves computer skills that Chloe doesn’t have.

The thing is, we’ve only see the woman (or women) that Victor is meeting with from the back and even Kevin Fisher (Greg Rikaart) couldn’t tell if it was, or was not, Natalie. Another clue is that Kevin has been involved with Chloe and Natalie and they are physically quite similar. It could be either – or both! 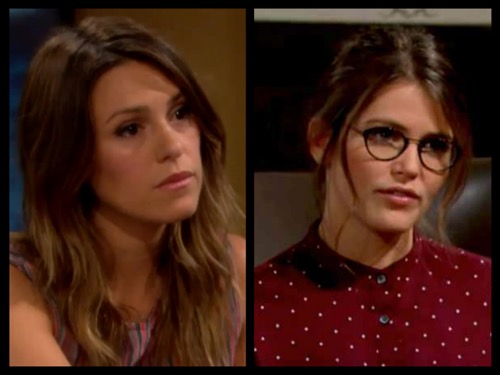 So what do you think?

Share your thoughts, vote in our poll below and come back to CDL often for all the latest The Young and The Restless spoilers and news.