The Young and the Restless Spoilers: Neil’s Mother Lucinda Source Of Alcohol Problems – A Raging Drunk? 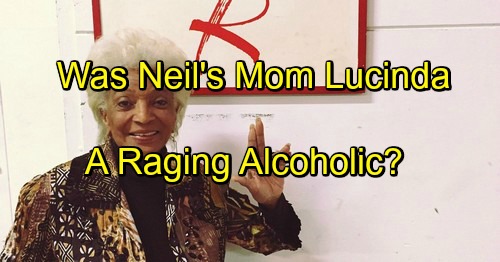 The Young and the Restless (Y&R) Spoilers teased that Neil Winters’ (Kristoff St. John) parents would be written into Genoa City in the near future. Now, the September 1 debut of Lucinda (Nichelle Nichols) nears. But, will Y&R seek to balance historical entertainment scales by revealing that Neil’s mother, not his father, is the source of his alcohol battles?

Stereotyping males, and father’s in particular, has long been a staple of so-called entertainment. But, honest minds know that dads have never been the sole cause of family, or societal, strife. In an open society, where equality has been proven scientifically, it makes sense to tag Neil’s mother as the cause of his failed family structure. Doing so would also push the genre to evolve beyond archaic beliefs, as The Young and the Restless spoilers readers should attest.

One of the hard truths revealed by acknowledging that men and women are equal involves an acceptance of all outcomes, not just the ones that are positive. The Young and the Restless Spoilers documented many of Neil’s past personal failures. But, expanding his backstory shouldn’t retread standard soap opera paths where the male is always wrong.

So, in keeping with flowing judgments, it would be fitting for Y&R to tag Lucinda as the cause of tumult in Neil’s younger life, rather than revisit the sexist slant where all males have fallen and must be redeemed. 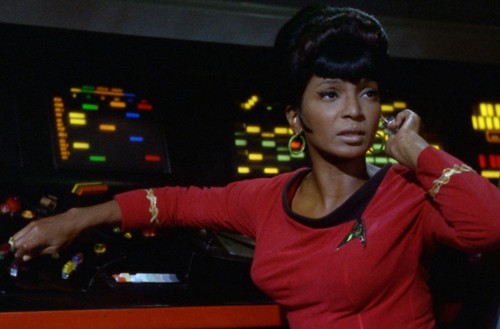 Nicholls’ famous Star Trek role (Lt. Uhura) broke multiple boundaries in the 1960’s. Employing an African-American on a prime time network show and having a female character in a position of authority on the Enterprise’s crew were major events at that time in history. Gene Roddenberry’s (the show’s creator) choices reflected his deep understanding of humanity. Many of the themes explored on that show also proved to be prophetic.

Soap operas, like many entertainment vehicles, have often been used to promote certain ideological issues. It’s well past time to begin balancing the scales by promoting greater historical accuracy. Women fall victim to the disease of alcoholism every day. So, Lucinda should be the parent whose battle with the bottle changed Neil’s life.