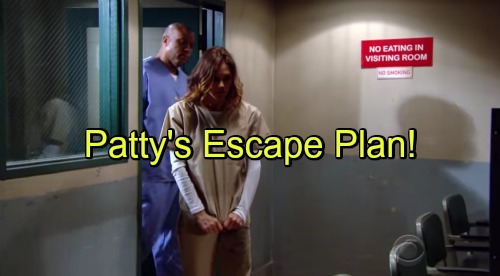 The Young and the Restless (Y&R) spoilers tease that Mariah (Camryn Grimes) will give Sharon (Sharon Case) some familiar advice. Thanks to Patty (Stacy Haiduk), Sharon is under a tremendous amount of pressure. Patty wants out of her facility, but Sharon has no idea how to make that happen.

Mariah will insist that revealing the truth is the only solution. If they can’t give Patty what she wants, the Sully secret will come out anyway. It would be better for Dylan (Steve Burton) to hear it from Sharon herself. Naturally, Sharon won’t think that’s even an option. She’s determined to keep her husband out of the loop. 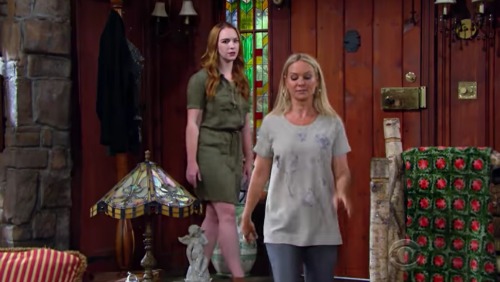 Mariah will reluctantly agree to hear Sharon’s alternate plan. The Young and the Restless spoilers say Sharon will hope to tell Patty a few fibs. She’ll intend on informing Patty that she’ll help her escape. Sharon will suggest that she can urge Patty to act increasingly agitated and delusional. That way Patty can score a transfer to a different facility.

The idea is to make Patty believe that she can escape from the transport van. In reality, Patty would simply be placed somewhere with a high level of security. They’ll think Patty is completely off her rocker, so it won’t matter what she starts blabbing about. 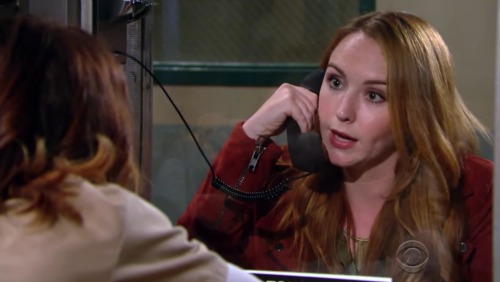 Mariah will argue that it sounds too risky, but Sharon will maintain that it’s the only way to keep her son. The Young and the Restless spoilers say Mariah will sense that Sharon is on edge. She’ll determine that Sharon isn’t really up to seeing Patty again. Her anxiety might blow this for them.

Mariah will offer to go in Sharon’s place and she’ll quickly put this plot in motion. Unfortunately, Y&R spoilers state that the scheme will hit a big snag. Paul (Doug Davidson) recently admitted that it had been a while since he paid “Patty Cakes” a visit. He’ll decide to make his way over so they can catch up. 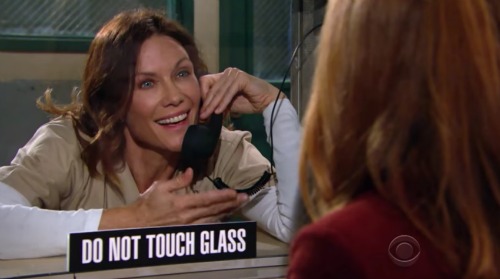 Obviously, Sharon will freak out. She’ll send plenty of texts to warn Mariah, but that won’t help. Mariah will have to hand over her phone for security purposes when she enters the institution. As Sharon panics, Mariah will face an unexpected delay at the front. Her metal detector issues will leave her right in Paul’s path.

Mariah will finally make it through to retrieve her phone. She’ll notice the texts and start to sweat. If Paul sees Mariah at Patty’s facility, he’ll know something’s up. Mariah will have to think fast if she wants to get out of this jam. 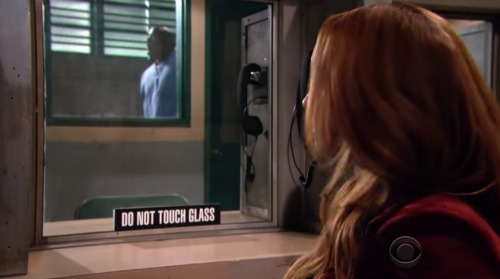 Luckily, it sounds like things will work out. Mariah will eventually meet with Patty and promise that they can get her out of there. Patty will look excited by Mariah’s updates. She might be falling for this hook, line and sinker.

If Patty gets duped and spills the beans, Sharon had better hope that nobody listens. We’ll keep you posted as more news comes in. Stay tuned to Y&R and don’t forget to check CDL often for the latest Young and the Restless spoilers, updates and news.