BY Heather Hughes on October 12, 2016 | Comments: one comment
Related : Soap Opera, Spoiler, Television, The Young and the Restless 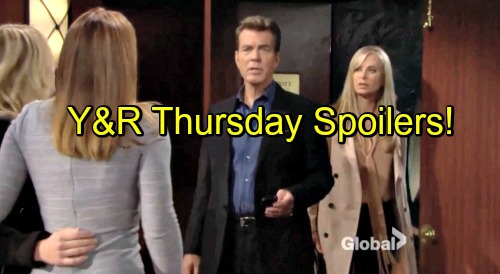 The Young and the Restless (Y&R) spoilers for Thursday, October 13, tease that Phyllis (Gina Tognoni) will find herself in a bit of a jam. She’s determined to win back Jack (Peter Bergman), but she needs to know what he’s up to first. Phyllis is aware that Jack is on a revenge mission and she’s curious about the extent of his plan.

Victor (Eric Braeden) is obviously a target. Jack wants to bring down his foe and the easiest way to do that is through his company. However, Phyllis realizes that Jack hasn’t forgotten about her dirty deeds. She’s still on his vengeance list and she has to stay a step ahead of the game. 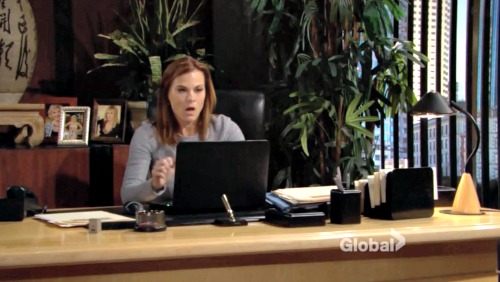 The Young and the Restless spoilers say Phyllis will rig Jack’s computer so that she can see what he’s doing. If Jack is plotting some sneak attacks, Phyllis wants to figure out when they’re happening and how he plans to pull them off. Perhaps Phyllis can help Jack unleash his wrath on Victor while protecting herself.

Unfortunately, Phyllis will get caught in Jack’s office. When Summer (Hunter King), Ashley (Eileen Davidson) and Jack walk in, they’ll wonder what’s going on. Phyllis will make up an excuse and Jack will toss her out. He doesn’t have time to deal with Phyllis’ attempts to win him over. Jack is too focused on the task at hand.

Ashley will remain suspicious of Jack’s ex. Y&R spoilers indicate that Ashley will keep a close eye on Phyllis over the next few days. In the meantime, Phyllis will monitor Jack’s computer and a particular email will grab her attention.

Jack is working on something big and there could be major consequences if it doesn’t pan out. We’ll give you updates as Jack’s scheme moves forward. 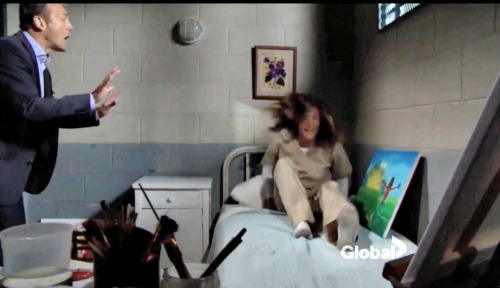 Sharon will frantically make calls, but Mariah will be busy with security. It looks like Sharon will have to rely on voicemail and texts to get her point across. Sharon will leave messages urging Mariah to get out of there. If Paul sees Mariah, it’s all over. Paul could investigate and learn the truth.

In Patty’s room, she’ll flip out on Paul for some reason. He’ll be surprised when Patty becomes increasingly agitated. The Young and the Restless spoilers reveal that Patty will have a total meltdown. 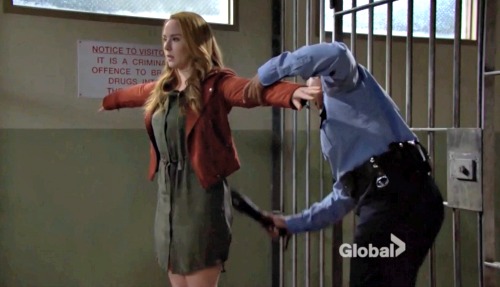 She’ll shout that Paul should just go away. Paul will probably go along with Patty’s wishes and that could put him directly in Mariah’s path.

Luckily, it appears Mariah will manage to avert a crisis. She’ll meet with Patty as planned and hope for the best. In reality, Sharon and Mariah should be preparing for the worst. Bad news is headed their way and things will undoubtedly snowball from there.

It won’t be long until all of Genoa City knows what Sharon has done. We’ll keep you posted as more details come in. Stay tuned to Y&R and don’t forget to check CDL often for the latest Young and the Restless spoilers, updates and news.