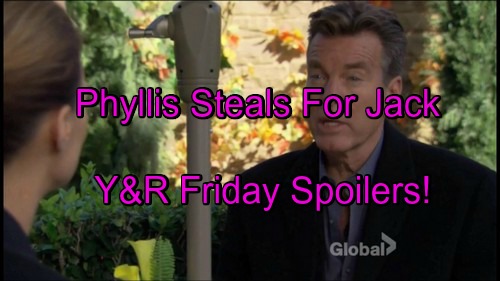 The Young and the Restless (Y&R) spoilers for Friday, November 4, tease that Jack (Peter Bergman) will have a new plan. He’ll hope to turn on the charm and get the documents back from Hilary (Mishael Morgan). Jack will think he can distract Hilary long enough to sneak the info out.

When Jack realizes that Phyllis (Gina Tognoni) received her tip from Billy (Jason Thompson), he’ll have a problem with it. Jack will complain about Billy’s obsessive desire to rescue Phyllis. They’ll bicker, but Jack will eventually put his plan into action.

The Young and the Restless spoilers say Jack will find his envelope in the mail pile, but Hilary will catch him before he can swipe it. Jack will praise Hilary for the great work she’s doing at GC Buzz. Suddenly, the fire alarm will force them out. Jack will grimace as he walks away from the documents. 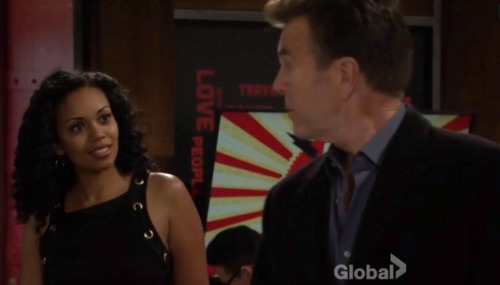 Later, Jack will inform Phyllis that he came up empty-handed. Phyllis will surprise Jack by showing him the envelope they were looking for. It appears Phyllis did what Jack couldn’t. Jack will be pleased until he learns a security guard spotted Phyllis during her mission. He’ll spill his coffee on Phyllis during his rant.

Jack will accidentally rip Phyllis’ blouse open as they try to take care of the mess. Their jaws will drop over this revealing accident. Elsewhere, Natalie (Mara McCaffray) will have a major hangover at the office. Travis (Michael Roark) will annoy Natalie by making plenty of noise. He’ll taunt her until she explains what she told Billy (Jason Thompson).

Travis will determine that it’s time for a chat with Victoria (Amelia Heinle). He’ll think Billy constantly crosses the line. Travis will want Victoria to keep Billy out of the picture, but she’ll insist it’s not going to happen. She can’t keep the father of her children away. 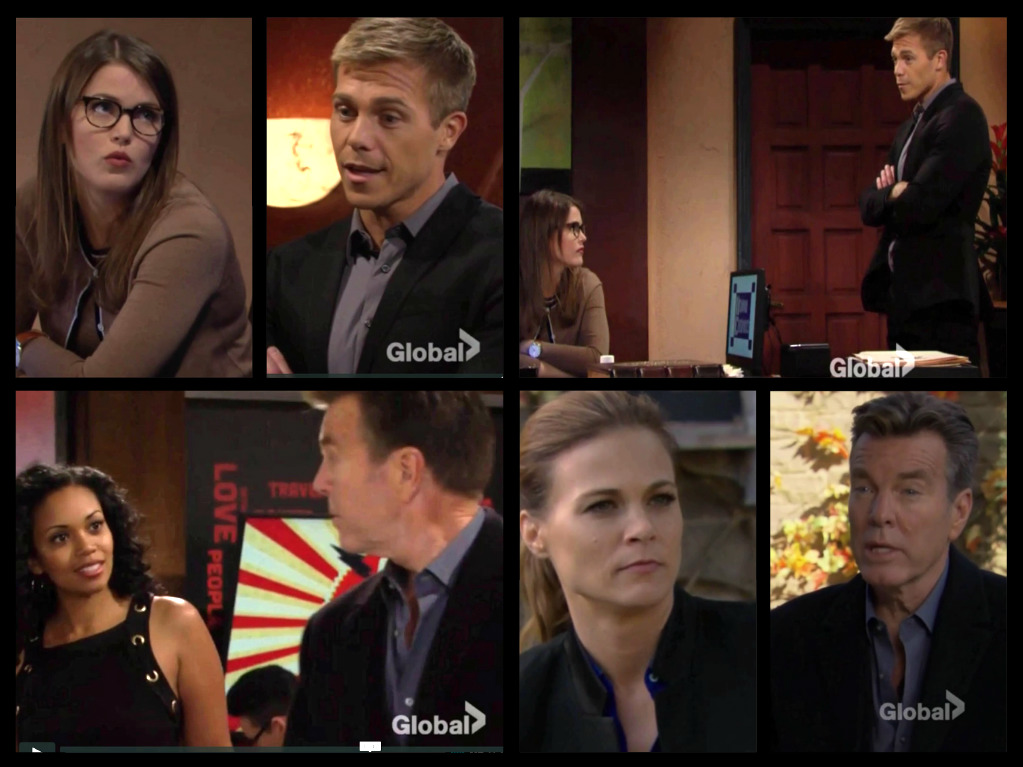 Travis will return to Newman Enterprises. He’ll suggest that Natalie should keep her mouth shut when it comes to company secrets. Natalie will mention that Travis got a call from Michelle. The Young and the Restless fans will recall that Travis slept with Michelle when he worked on Wall Street. Unfortunately, she was the boss’ wife.

When the affair came out, Travis was blackballed and he’s just now getting back into the corporate world. Michelle will soon pay Travis a visit. Will she stir up old feelings or big trouble? Maybe it’ll be a little of both. Stay tuned to see where this plot is headed next.

In the meantime, Cane (Daniel Goddard) will start to feel guilty for bailing on his family again. He’ll reconsider the twins’ basketball request. Once Cane joins Lily (Christel Khalil) and the kids on the court, he’ll end up pulling a muscle. Poor Cane just isn’t having good luck these days. 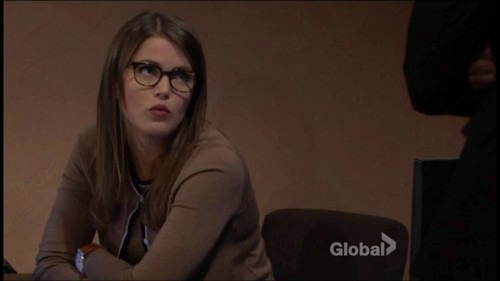 Other Y&R spoilers state that Billy will give Kevin (Greg Rikaart) updates on Chloe’s (Elizabeth Hendrickson) fears. He’ll say Chloe is concerned about Bella’s (Cali May Kinder) father returning to cause issues. Kevin and Billy will wonder what kind of story is behind this mystery guy.

Kevin will decide there’s no need to create unnecessary drama. He’s perfectly happy serving as Bella’s substitute dad. Of course, we know the paternity secret will be exposed sooner or later. Is Billy really the father? We’ll keep you posted as more news comes in.

Will Jack’s plan for revenge against Victor backfire? #YR pic.twitter.com/rfBpEWIBtG