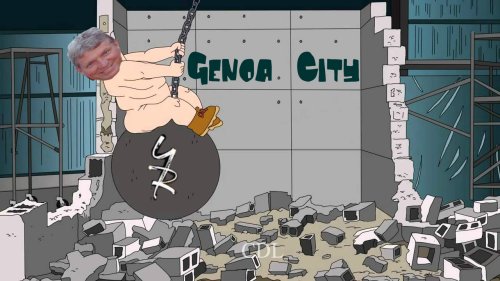 The Young and the Restless (Y&R) spoilers hinted since Jill Farren Phelps’ abrupt firing from Y&R that headwriter Chuck Pratt might follow her out the door. But now, it’s a couple of months into Mal Young’s Executive Producer regime, and Pratt is firmly in place and poor baby Sully has still not been revealed as Christian Newman – and Y&R fans are fuming.

Mal Young may have restored the Chancellor mansion to its former glory, but looks aren’t everything. The new British EP’s camera angles are enticing and the shots look great, but if the writing is unsatisfying to fans, things will never get better at the CBS soap, even as it’s on the brink of its 11,000th episode. Is Chuck Pratt dooming Y&R with his nonsensical writing?

The outrage over the baby Sully story sums up fans’ frustration in a nutshell. We’re nearing a year since Christian Newman “died” and was reborn as Sully McAvoy and the story has been disintegrating for months. The stunning death of Sage Newman (Kelly Sullivan) just as she discovered her son was alive was frustrating, needless, and did nothing but infuriate fans. 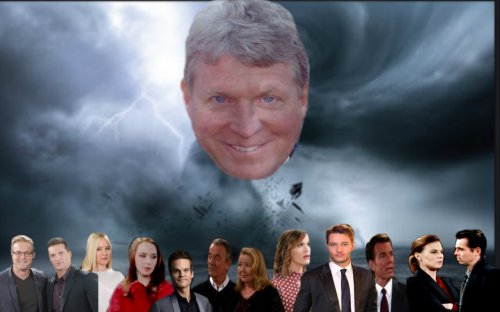 It almost seems as if Pratt’s sole objective when writing is to never give fans the satisfaction of any storyline closure and to line up one ridiculous scheme after another. After all, even when (or if) Sully’s true identity is revealed, there’s still the lurking secondary reveal that he’s not Nick Newman’s (Joshua Morrow) son but Adam Newman’s (Justin Hartley).

It’s like a layer cake of disappointment that Chuck Pratt Jr continues to serve to longtime loyal fans of The Young and The Restless on a daily basis. The Sully plot is a failure on many fronts. When Pratt put a knife into the back of Dr Sandy Anderson (Elizabeth Bogush) out of the blue, he might as well have been murdering our hopes for justice to be done.

When Pratt crashed Sage into a tree, he might as well have thrown fans under the proverbial bus. Add to that the mystery note left to Adam as part of Sage’s will (as if a young, healthy woman takes the time to leave “in case I die” notes) that revealed her knowledge of Christian’s paternity and it’s one serving of half-baked storyline after another. Will Sully graduate college before the reveal? 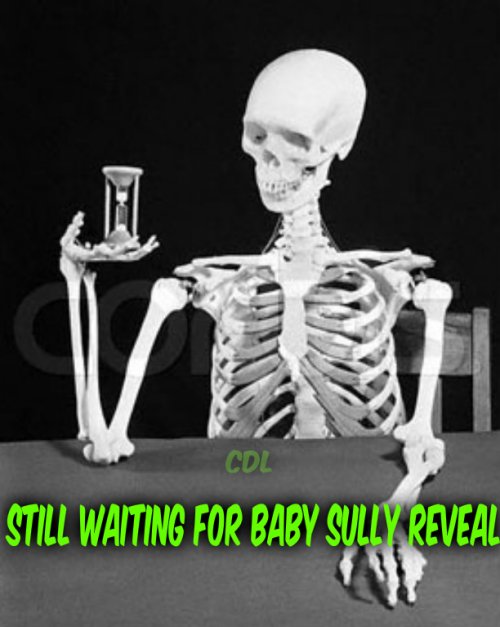 Pratt has neutered Jack Abbott (Peter Bergman), destroyed the camaraderie between Jack and Adam, left Nick wandering Genoa City without a purpose, encouraged Billy Abbott (Jason Thompson) to literally screw over his brother, and had Victor Newman (Eric Braeden) using Walworth prison like his personal playpen. Chloe Mitchell (Elizabeth Hendrickson) is back and already at loose ends as well.

The bottom line is the plots are poorly written and seem to be generated by spinning a wheel of random ideas. On top of that, storylines are dragged out so long that no one cares by the time there’s resolution. Haven’t we already lost interest in Phyllis Newman (Gina Tognoni) and Billy’s lapse of fidelity that seems to have fizzled out already?

Sure Mal Young has improved the sets, camera angles, the Chancellor mansion and his shooting style is fresh, but if the writing is still broken, The Young and The Restless will continue to turn off once-loyal Y&R viewers. How long will CBS allow Chuck Pratt Jr’s reign of writing terror to continue? Why wasn’t he shown the door with his pal Jill Farren Phelps?

What do you think Y&R fans? Are you tired of the current storylines? Are you frustrated with the lack of closure? Share your comments below and check back with CDL often for the latest The Young and The Restless spoilers and news.