‘The Young and the Restless’ Spoilers: Victor Hiding Adam Newman In Paris – The Moustache Hints Son Alive and Well 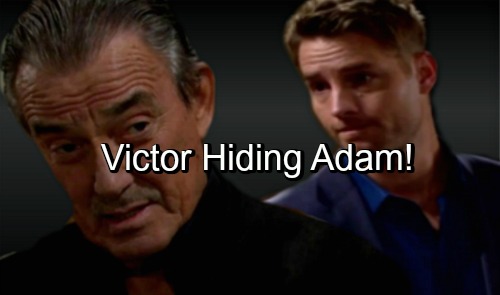 The Young and the Restless (Y&R) spoilers tease that Adam Newman (Justin Hartley) is alive and living in Paris, France, hidden there by Victor. Victor’s (Eric Braeden) cryptic reference to the City of Light tipped viewers off as to the coming reveal.

In reality, French emperor Napoleon III assigned the prefect Baron Georges-Eugene Haussmann to modernize the famous city in the second half of the nineteenth century, which included installing 20,000 gaslights. A few years ago on Y&R, Paris was the destination that Adam followed Chelsea (Melissa Claire Egan) to before The Moustache baited them into returning to Genoa City.

The Young and the Restless spoilers state that viewers are right to state that Victor acted genuinely shocked when he first learned that Adam had apparently been killed in the cabin explosion a few months ago. 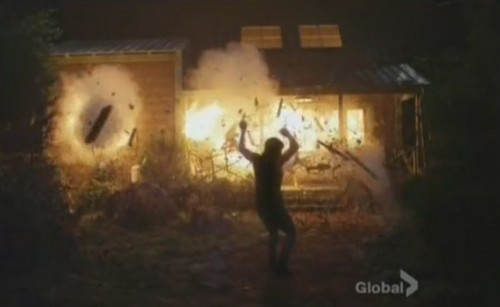 But the rapprochement that he and Adam achieved just prior to the backwoods blast enabled open communication to be reestablished. So after Adam survived he left the country and contacted his father a short time after Victor was told that his son died.

Y&R fans can’t deny that The Moustache is consistently duplicitous. He’ll lie, withhold information or bend reality whenever it suits his interests, or represents an overall front to protect his clan. Victor’s blood ties bind beyond all protective measures that are normally taken.

As such, anyone who dismisses the idea that the Black Knight can’t be currently involved in perpetuating the myth that Adam died (again) is being naive. 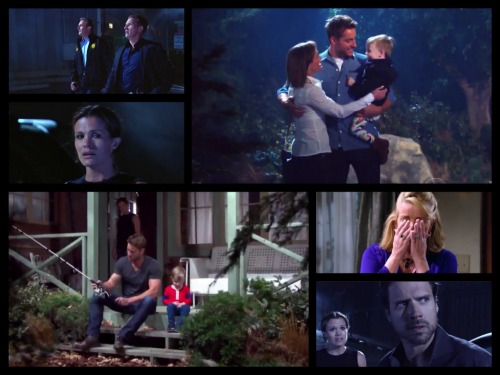 It’s then fair for The Young and the Restless fans to wonder if Chelsea also knows Adam Newman is alive. This is a different point, as the probable answer is checked in the no column.

Various flashback sequences have shown Chelsea understandably pinning away for her husband and father of her child, Connor (Gunner and Ryder Gadbois). That alone appears to confirm that Mrs. Newman remains in the dark.

So, why would Adam Newman be in touch with his father and not his wife? Well, Victor told his namesake that they need to discover who blew up the cabin first and then proceed with his second-time reveal. However, that doesn’t solve the Chloe (Elizabeth Hendrickson) conundrum. 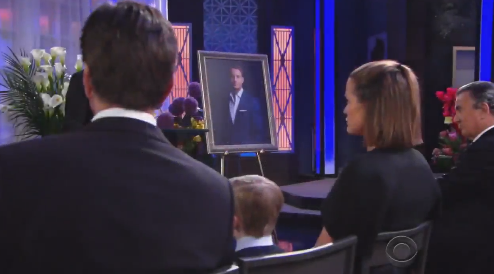 Adam knew that Chloe shot him with a dart gun before he managed to escape. Surely he shared that information with his father. Isn’t it possible that Victor has therefore silenced Chloe based upon an earlier threat to take Bella (Cali May Kinder) from her if necessary.

So, as unbelievable as it may seem, Chloe is also working with both men on a resolution, thus the current reason for her unusual feelings about Adam is partially explained. Part of Chloe’s bargain involves helping to look out for Chelsea and Connor until this matter is fully resolved.