‘The Young and The Restless’ Spoilers: Week of July 4 – Phyllis and Nikki Fight For Their Lives – Marriages Destroyed

BY Stormy Elizabeth on July 2, 2016 | Comments: one comment
Related : Soap Opera, Spoiler, Television, The Young and the Restless 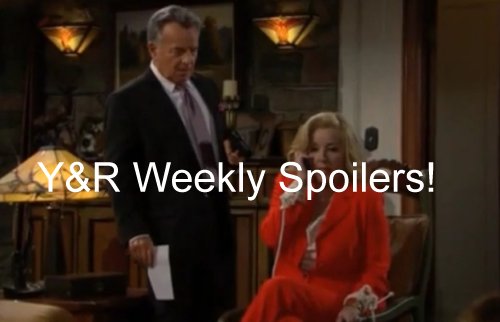 The Young and The Restless (Y&R) spoilers for episodes the week of Monday, July 4 to Friday, July 8 reveal that Ian forces his hostages to fight for their lives, Sharon is off the rails, Hilary makes a move on Jack and Abby’s marriage is in trouble.

After Victor Newman (Eric Braeden) is shot, he manages to alert the cops that it was Ian Ward (Ray Wise) that shot him and took Nikki Newman (Melody Scott). Ian takes Nikki up to the cabin and just misses Billy Abbott (Jason Thompson) who left.

Billy and Phyllis Abbott (Gina Tognoni) had just finished getting busy and declaring “I love you” and planning when and how they might destroy Jack Abbott’s (Peter Bergman) life so they can be together. Phyllis hangs back at the cabin to think about it and is taken hostage. 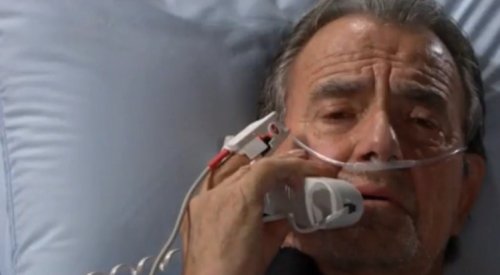 Phyllis will stun Nikki after their plan to get her cell phone fails when she tells Ian to give her the gun and she’ll shoot Nikki to prove herself. Ian likes this game but both ladies will survive for now and Ian forces Nikki to call Victor who is in the hospital.

The Young and The Restless spoilers reveal that Victor will survive the shooting, but he’s got more trouble in store. Dr Meredith Gates (Alicia Coppola) confronts him about his testimony saying he thought she had feelings for him.

Victor makes his excuses but clearly this whole thing was about setting up Adam Newman (Justin Hartley) and then saving him to win his loyalty. It seems to have worked to some extent since Adam was telling Victor to fight for his life. 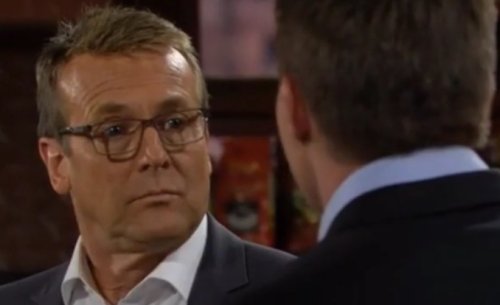 Sharon Newman (Sharon Case) is off the rails and knocks out Mariah Copeland (Camryn Grimes) while hallucinating. The upshot of that is that Kevin Fisher (Greg Rikaart) and Mariah trick Sharon into seeing a shrink and getting more pills.

But will Sharon take them or will she continue to be a danger to others until she confesses the Christian baby truth? Mariah has yet to reveal Sharon’s secret to Kevin but she can’t hold it in much longer, right? Aside from his Mariah drama, Kevin has another mission this week.

Adam and Chelsea Newman (Melissa Egan) will face consequences for their fake scheme to help Ian escape now that Ian actually has gotten loose. Things get more desperate later in the week and Chelsea turns to Kevin to find out who was conspiring with Victor. 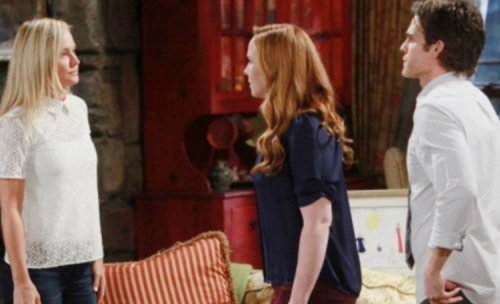 Everyone seems to want Kevin to figure this out. Will he? Nick Newman (Joshua Morrow) and Victoria Newman (Amelia Heinle) pressure Victor to come clean and admit he’s done all of this for revenge. But the interrogations will end when Nikki calls Victor to give him a message from Ian.

Ian and Victor will face off, but who will survive? Will Phyllis and Nikki come out of this unscathed? Dylan McAvoy (Steve Burton) gets upset with Paul Williams (Doug Davidson) that his mother has not been rescued yet as the hostage situation lingers.

Victor decides he has to take matters on himself to make sure Nikki comes out of this safely. Summer Newman (Hunter King) and Luca Santori (Miles Villanueva) heat things up – has she conquered her suspicions about her honey? 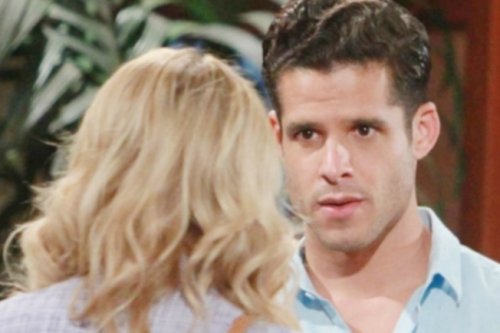 Abby Newman (Melissa Ordway) turns to Ashley Newman (Eileen Davidson) and tells her she’s worried about her marriage to Stitch Rayburn (Sean Carrigan). It’s been awhile since we’ve seen them – Melissa Ordway has been on maternity leave but was back shooting in early June.

Hilary Curtis (Mishael Morgan) is feeling better after her treatment and is still determined to move on without Devon Hamilton (Bryton James) who is trying to reconcile with her to buy time to make sure she can’t take him to the cleaners in a divorce.

Clever Hilary notices that Jack and Phyllis’ marriage is off kilter and decides to make a move. Jack gives her a talk about giving her marriage another go and Hilary tries to get Jack to come up to her room at the GCAC. He declines so they talk by the pool. 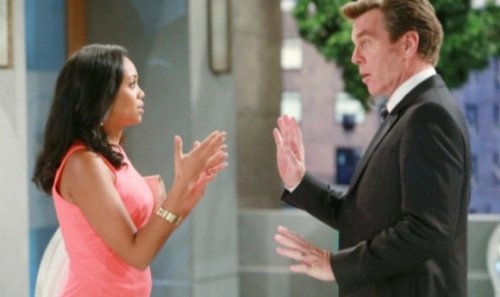 While Jack and Hilary are talking, Hilary decides to go for it and kisses Jack. Devon confronts Jack about getting too close to his wife. Devon comes to blows with Jack by the end of the week. Cane Ashby (Daniel Goddard) and Lily Winters (Christel Khalil) heat things up soon.

Lots happening on Y&R episodes the week of Monday, July 4. Share your comments below and check back with CDL often for all the latest The Young and The Restless spoilers and news.