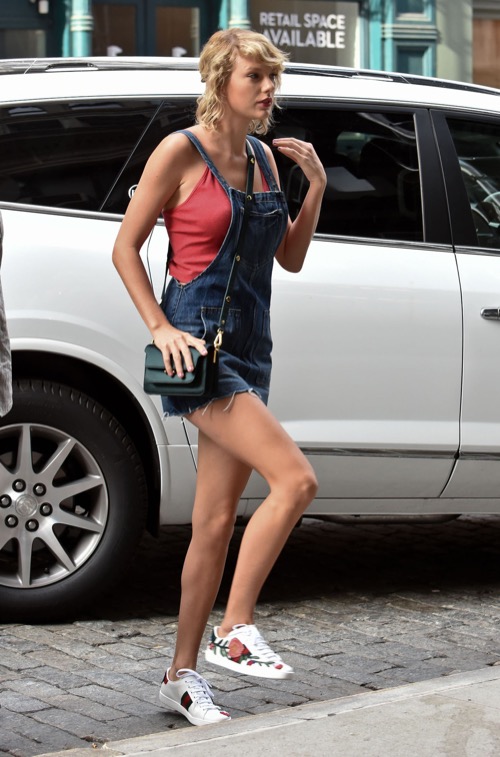 Tom Hiddleston has finally joined Instagram, but was he pressured by his girlfriend Taylor Swift to do so? Is Taylor Swift making Tom Hiddleston a reluctant social media celebrity? That might be the case as Tom Hiddleston is becoming more of a tabloid star than a Hollywood heavyweight, thanks to his relationship with the ‘Wildest Dreams’ singer.

Tom Hiddleston’s Instagram account comes as a shock for many fans who know him more as a private person who would rather concentrate on his character roles on the big screen than seeing his personal life gossiped about in the tabloid media. But thanks to Taylor Swift, Tom Hiddleston is fast becoming a household name simply because he’s dating one of the most recognizable singers in the world.

Taylor Swift’s public image means everything to her, so it’s no wonder that she’s pressured Tom Hiddleston to open up his own Instagram account. This way she can control the rumor mill simply by having Tom Hiddleston post photos of the couple together whenever the Taylor Swift and Tom Hiddleston breakup rumors get out of hand.

Plus, Taylor Swift can also further manipulate the media by having Tom Hiddleston show just how perfect their relationship really is without relying on the paparazzi whenever the two are out and about. Taylor Swift knows that her relationship with Tom Hiddleston is being heavily scrutinized by the media and that’s why she’s apparently pressured him to finally join the social media world even though he’s been hesitant to do so for years now.

For Taylor Swift, there’s no better way to announce an engagement or possible wedding news than to have her boyfriend Tom Hiddleston post about in on his Instagram page.

Tom Hiddleston’s first Instagram is a photo of him in his Loki character from his role in ‘Thor,” but it will only be a matter of time before Taylor Swift starts showing up on his feed. So far almost a half a million of fans are following the actor even though he’s yet to follow anyone else on the photo-sharing app.

Although if he does decide to follow anyone on Instagram, there’s no doubt that it will be his girlfriend Taylor Swift first.

Tell us CDL readers, what do you think? Did Tyalor Swift pressure Tom Hiddleston to join Instagram? Is she responsible for making Tom Hiddleston a social media celebrity? Let us know what you think in our comments section below.