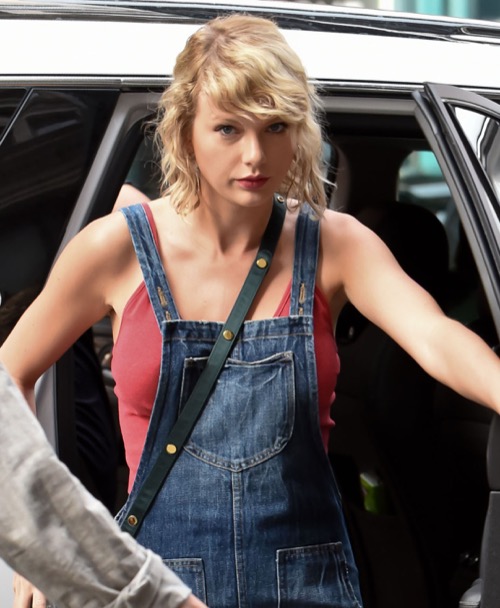 It looks like Taylor Swift is looking for some attention again. There’s new speculation that Taylor Swift and Tom Hiddleston’s break up might have happened behind closed doors as the ‘Bad Blood’ singer was spotted walking around braless and with a short, tight mini skirt near her apartment in the Big Apple.

Taylor Swift and Tom Hiddleston’s relationship apparently ended just as quickly as it started. Although it hasn’t even been two full months since the couple started dating, they haven’t been seen together in quite some time, leading to the speculation that it was the British actor himself who cut the cord on their relationship.

After all, Tom Hiddleston was getting major pressure from his team of handlers to make his Taylor Swift break up happen before it was too late. Not only did he miss out on the opportunity to play the next big screen James Bond, but he also missed on an Armani modeling contract just because no one wants to be associated with the Taylor Swift and Tom Hiddleston media circus that has been dominating headlines for the last several weeks.

Plus, with all of the bad press Taylor Swift has been getting for her Calvin Harris break up along with her Kanye West feud and Kim Kardashian’s leaked tapes, Tom Hiddleston knew it would be better to drop everything before making decisions that he would later regret. That’s probably why he was no where to be seen this last weekend while Taylor Swift was celebrating her best friend Karlie Kloss’ birthday in the Hamptons.

Knowing just how important Taylor Swift’s image is to her, the media mastermind hasn’t said anything about Tom Hiddleston, although her wardrobe choice made it clear that she’s definitely single and on the prowl again. Taylor Swift braless and wearing a mini-skirt while walking around the Big Apple is a clear message that she wants Tom Hiddleston to know what he’s missing out on.

Unfortunately though, it doesn’t look like the ‘Thor’ actor is even paying attention, as there’s no doubt that he wouldn’t have worked so hard to stay away from her these last two weeks. Tom Hiddleston’s career and reputation is apparently more important to him than his summer fling with a self-obsessed chart topper who manipulates the media more than any other celebrity in the entertainment industry.

Tell us CDL readers, what do you think? Did a Taylor Swift and Tom Hiddleston break up happen under the radar? Is Taylor Swift single again? Check out our photo gallery below and let us know what you think in our comments section.

Taylor Swift seen stepping out from her apartment wearing a mini skirt and no bra in New York City, New York on August 8, 2016. Taylor spent the weekend celebrating Karlie Kloss’ birthday in the Hamptons. FameFlynet