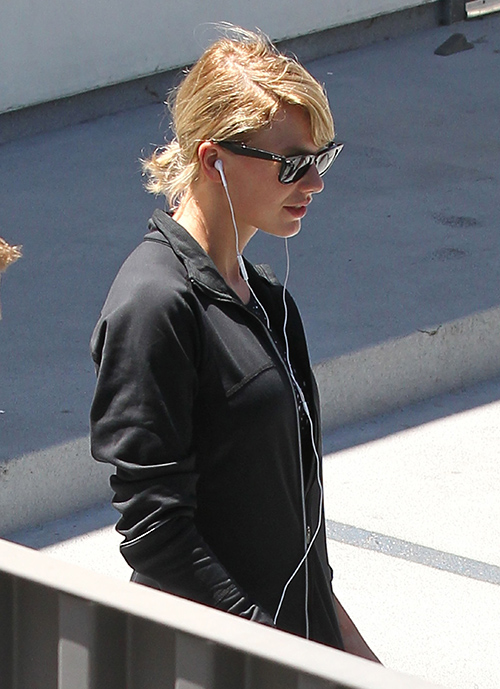 Taylor Swift has clearly reached a breaking point. The ‘Bad Blood’ singer is so desperate for something positive to happen in her life that she is apparently pressuring boyfriend Tom Hiddleston to propose to her even though they’ve only been dating for a few short weeks now.

Taylor Swift and Tom Hiddleston showmance reports have taken over the tabloid headlines, mostly because of the singer’s insistence to parade their relationship everywhere they go. Because Taylor Swift and Calvin Harris’ break up was so bad, she wants both her fans and critics to see that she and Tom Hiddleston are the real deal and that’s why she’s willing to get married before it’s too late. Yet, there’s speculation that Tom Hiddleston wants out of their relationship already, as he’s giving Taylor Swift some serious red flags that are making her incredibly worried.

According to Life & Style Weekly, one source said, “Tom knows he’ll be under a microscope at the wedding and that it will be intense pressure.” In other words, the British actor isn’t ready to get hitched yet and if his girlfriend keeps on insisting that they get married, a Taylor Swift and Tom Hiddleston break up will end up happening in no time.

And while Taylor Swift will do anything to stay in the spotlight, she knows this is a major problem for her. The insider added, “She sees it as a red flag. But she’s trying to give him the benefit of the doubt.” Of course, that can only mean that Taylor Swift is willing to wait, but knowing how fast she goes through her boyfriends, it will only be a matter of time before she pulls the plug on this relationship and finds another man to give her what she wants.

After all, Taylor Swift isn’t the kind of girl to sit around and wait. She barely waited a week to debut her Tom Hiddleston relationship after breaking up with Calvin Harris. If there’s one thing that Taylor Swift wants, it’s attention and she knows that a wedding will keep her in the headlines for weeks to come. Certainly, Tom Hiddleston should have seen this coming several weeks ago when he first started dating the megastar singer.