Taylor Swift ‘The Boss’ Of Tom Hiddleston Relationship – Pays For Everything So She Can Fully Control Boyfriend 24/7? 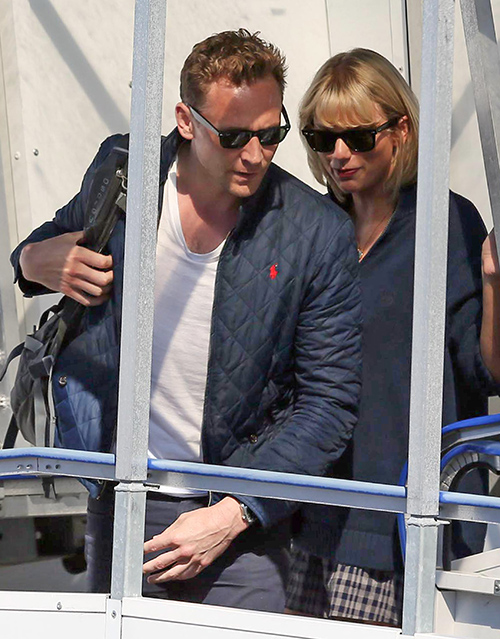 Taylor Swift and Tom Hiddleston’s ‘showmance’ has taken the media by storm and apparently, everything is being controlled by the ‘Bad Blood’ singer herself behind the scenes. The British actor doesn’t seem to mind as he’s been doing a good job of playing along to all of Taylor Swift’s public photo-ops and demands.

According to Naughty Gossip, one source dished, “Taylor and Tom never debate who’s paying. She just has an assistant handle every check after they leave. He never gets to see a check. She has an advance team that books everything and puts it on her company credit cards. She is very controlling and if she pays she gets to make all the decisions. She decides when they fly, where they stay and even what they eat. Taylor likes paying because it makes her the boss.”

It’s no wonder that Tom Hiddleston has managed to make it this far in their very public relationship, while any other boyfriend would have ditched the scene by now. Also, it makes complete sense now that Calvin Harris was so bitter about his Taylor Swift break up as clearly he was enjoying all of the same perks Tom Hiddleston has gotten used to by now. Taylor Swift is obviously buying her boyfriends with fancy trips and 4-star dinners and that’s why she’s managed to keep most of them for so long.

But as history has proven with Taylor Swift’s ex-boyfriends, it will only be a matter of time before the Taylor Swift and Tom Hiddleston romance crashes and burns. Tom Hiddleston is already getting a heap of criticism for all of his staged photo ops with the singer and is even losing out on some major movie roles, like being the next James Bond. Taylor Swift can pay for all the fancy dinner dates that she wants, but there’s only so much Tom Hiddleston can take before he pulls the plug on his ‘boss’ and their relationship soon.

Tell us CDL readers, what do you think? Is Taylor Swift trying to control Tom Hiddleston? Is their relationship going to last? Drop us a line with your thoughts in our comments section below.