Tom Hiddleston Pressured To Bring Taylor Swift To The Emmys 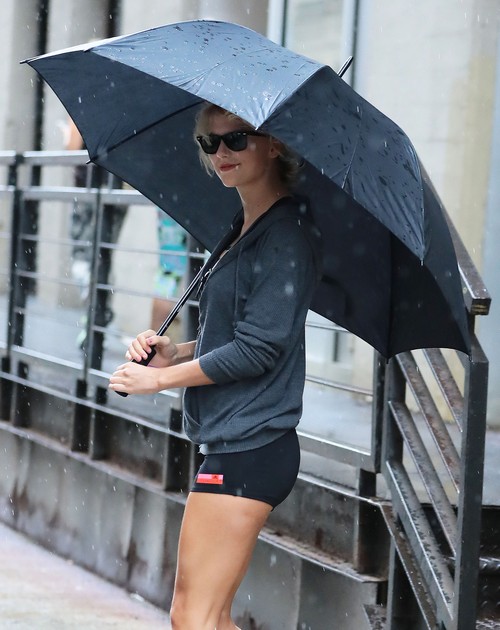 Is Tom Hiddleston being pressured to bring Taylor Swift to this year’s Emmy Awards? Taylor Swift and Tom Hiddleston’s romance is still going strong despite multiple break up rumors. Yet, it looks like Tom Hiddleston has no choice but to continue his Taylor Swift relationship as the upcoming Emmys is relying on the British actor to help boost their television ratings.

According to Britain’s The Sun, Tom Hiddleston is feeling pressured to continue his very public Taylor Swift romance even though he’s having doubts about its authenticity. In fact, the Emmys is depending on Taylor Swift and Tom Hiddleston to be the golden couple at this year’s ceremony in hopes that their tabloid romance will generate a bigger audience this year.

One source dished, “Tom normally doesn’t like his public life overlapping with his private life but he is so happy with Taylor that it’s the perfect time. The event organizers have extended an invite for a ‘guest’ to join him because they know if they walk the red carpet together it will make it the most talked-about show of the year. While the Emmys may be about celebrating the best shows on television, the organizers that weekend are looking for just one show — Taylor and Tom. The Emmys red carpet itself would give them the most publicity, and organizers have made it clear to Tom and his reps that she is more than welcome to join him.”

Surely Taylor Swift has no problem joining Tom Hiddleston at the Emmys as it will only validate their relationship even more as a red carpet-ready couple. Yet, there’s no doubt that Tom Hiddleston might be worried about the decisions he’s making with Taylor Swift as he’s not used to living in the spotlight, especially when it comes to his private life.

But the more time he spends with Taylor Swift, the more he’ll realize that things might never be the same for Tom Hiddleston and his career as a Hollywood actor whether he likes it or not. Taylor Swift is making him more into a celebrity that makes tabloid headlines than a respected actor worthy of recognition for his work in the business, and in the long run that might hurt his career.

Of course, being pressured to bring along his pop princess girlfriend Taylor Swift to red carpet events like the Emmys isn’t going to make things easier on him. Tell us CDL readers, do you think Tom Hiddleston is feeling regretful about his Taylor Swift romance?