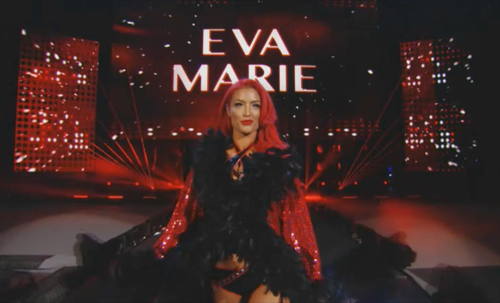 Tonight on E! the WWE’s Total Divas starring the Bella Twins and the rest of the Divas continues with an all new Tuesday January 26, season 5 episode 2 called, “A SummerSlam Engagement,” and we’ve got your recap down below! On tonight’s episodes, Nattie Neidhart’s worst fear comes true when she is left out of SummerSlam.

On the last episode in the Season 5 premiere, Nikki wondered whether she should tell John Cena about her ex-boyfriend’s advances; Paige considered breaking off her engagement; and Brie tried to pave a new career path for Bryan. Did you watch the last episode? If you missed it, we have a full and detailed recap right here for you.

On tonight’s episodes per the E! synopsis “Nattie’s worst fear comes true when she is left out of SummerSlam; Alicia feels disrespected by her best friend, Paige; and John Cena surprises Nikki with his new stance on marriage”

It’s safe to say that Nikki had been upset by John’s reaction. Though she hadn’t necessarily wanted the drama that a fight between John and her ex would entail, Nikki had still wanted John to at least get angry about another man proposing to her. And he hadn’t.

Instead, John had told her “Here’s to you, you still got it” and that had actually offended Nikki more than anything else. Mainly because it made her feel like he hadn’t cared enough to get angry. And what had made everything worse was the fact he had spoken to her in the same tone as if he was speaking about the weather.

Yet despite his underwhelming response at dinner, Nikki had still tried to make the best of it for their third anniversary. So the two of them went out for another dinner and this time at a fancy restaurant and surprisingly John had a lot more to say then than he’s ever had before. John had not only told Nikki that he loved her but he finally said that he wants to marry her.

So Nikki was getting what she always wanted which was John ready to committ. However, John ended up having conditions with his proposal. Because while he may have changed his mind about marrying her, he also told her rather bluntly that he just didn’t see kids in his future and that he wouldn’t ever offer them to her.

And you know what that did? It made the other guy seem a whole lot better because he had offered Nikki kids.

But fortunately SummerSlam was living up to expectations. Lately the WWE has been introducing the Diva Revolution and what that means is that the women were getting their time to shine. So the divas were all looking forward to being part of this historical change.

And the one person that appeared to be missing out was Nattie. Nattie had kind of shied away at first from Diva Revolution because she had wanted to be at home with her injured husband. And although there was still that part of her that was passionate about her job so she wanted to wrestle – Nattie had said she would feel too guilty leaving her husband at home.

Yet TJ wasn’t like other husbands. He’s also wrestlers and he knew how important SummerSlam was so he gave his wife all the permission she needed to go out and do something for herself. And so Nattie had gone to SummerSlam.

And, there, she was made to feel like she wasn’t needed.

Nattie had gone to the event and yet no one was booking her for matches. So she felt like she had been forgotten about. And had asked herself why she even bothered coming all the way to Brooklyn if she was going to be sitting in the audience.

Although Nattie wasn’t the only one that was unsure of where she stood. Paige and Alicia (“Foxy”) have been good friends for quite a while now and all of sudden things changed between. And Paige had to find out about it over social media.

Earlier, Alicia had told Paige something that she wasn’t supposed to and so she thought Paige would understand discretion. And what Paige ended up doing was make a call of her own to get to the bottom of what Alicia said. So that had upset Alicia and she had announced that she was never going to tell Paige another thing in confidence.

And therefore the argument that Paige and Alicia had was actually a small one. But right after the incident, they had a match against each other and things got ugly. Paige had seemingly gotten tired when it was Alicia’s turn to fight her. So Alicia was at loss on how to make their fight interesting and personally she thought that Paige should have been more professional in the ring.

So Alicia had gone on to unfollow Paige all over social media. And that’s how Paige found out that Alicia was kind of ending their friendship. Though poor Paige still hadn’t understood why. Nor did she want to let their friendship go.

Therefore, she had later asked Alicia to speak with her and the two finally got over their argument that Paige had also been completely unaware of.