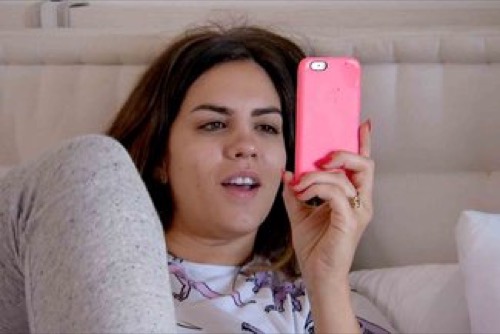 Tonight on Bravo Vanderpump Rules returns with an all new Monday January 18, season 4 episode 12 called, “Leis, Liquor and Lies” and we have your weekly recap below. On tonight’s episode, the SUR gang travels to Hawaii to celebrate Jax Taylor and Tom Sandoval’s birthdays, bringing their conflicts with them. Lala tries to come clean about her flirtation with Jax, but Jax refuses to accept any blame.

On the last episode, Stassi had been sniffing around SUR, but Lisa Vanderpump wanted her to keep her distance. Scheana and Ariana discovered that their friendship may have been more damaged than they ever knew. With the SUR crew headed to Hawaii for Jax and Tom’s birthdays, James plotted to get invited on the trip. Kristen attempted to make peace with Sandoval, newly engaged Katie took her engagement ring on a victory lap at SUR, and Faith and Lala skinny dipped in the most unlikely of places. Did you watch the last episode? If you missed it, we have a full and detailed recap right here for you.

On tonight’s show as per the Bravo synopsis, “the SUR gang travels to Hawaii to celebrate Jax and Tom’s birthdays, bringing their conflicts with them. Lala tries to come clean about her flirtation with Jax, but Jax refuses to accept any blame. Tom discovers Scheana sent negative texts about him to Ariana’s mom. Katie lashes out when Lala skinny dips in front of Schwartz, and Lisa Vanderpump frets over Max from 3,000 miles away.”

Tonight’s episode is going to be another drama packed one, which you won’t want to miss. So be sure to tune in for our live coverage of Bravos’ Vanderpump Rules season 4 episode 12 — tonight at 9PM EST! While you wait for our recap, hit the comments and let us know how excited you are about this new episode of VR tonight and what you think of the current season so far.

Previously on “Vanderpump Rules”, Scheana had told Ariana that she had discussed what she believed to be a sudden change in Ariana’s personality with Ariana’s mother. And naturally that in turn had made Ariana curious.

She had wanted to know what it was exactly that they had discussed. And so eventually she asked her mother who then replied by sending her a screenshot of the texts she had shared with Scheana. But that ended up causing an even bigger problem.

Scheana had apparently implied that Ariana had begun to change after she started to see Tom and therefore when Tom and Ariana found out about what she had say – they had been left feeling betrayed. And they had wanted to confront Scheana about the line she had seemingly crossed. However, the fact that they were on a trip with all of their friends had meant something to them that neither Tom nor Ariana wanted to cause a scene.

So they had tried to move past what happened in order for them to still enjoy the trip. Yet Jax later burst their happy bubble when he brought the infamous Kristen. Jax had said that he wished that someone could come on the trip and Lala told him to just finish his sentence rather than start anything. And when Jax then tried to tell James to keep his lady in check – that erupted into a short but still bitter argument between James and Jax.

Only James did walk away before things truly got nasty between him and Jax. But after the very public argument, the others simply didn’t feel like they were in the partying mood anymore. So most of them had gotten up to walk away meanwhile Tom and Ariana decided to bring up the texts from Ariana’s mother with Scheana.

Though if they were expecting a genuine apology, then they’re just going to have to deal with disappointment. Scheana had actually stood by everything she had said in the texts and she had told Tom to his face that he has gotten cocky lately. And thus Scheana wasn’t upset about what she had done.

Ariana’s mother had asked her question and she defends herself by saying she didn’t sugarcoat it with the other woman. Scheana had said that Tom’s behavior was rubbing off on Ariana in the most negative way. And it seems that’s what she honestly believes.

But the Scheana and Ariana’s mother issue was put to the rest of the group. And Scheana’s new best friend Katie had of course sided with Scheana. Katie had heard what Scheana’s version of events and she had accepted without a question.

And unfortunately the same could said of Schwartz when Tom had told him his own version of events. So that then put Katie and Schwartz at odds because they were each trying to defend their friend to the other. However, they were two recently engaged people getting into an argument about something that didn’t in fact concern them.

So that had been a waste of time and that argument led to yet another night they had gone through without having sex. Apparently Schwartz had been counting the days and he said he has yet to sleep with his fiancée since getting engaged. And an argument about other people as well as Lala taking her top off while she was near Schwartz – meant the status in Katie and Schwartz’s sex life wasn’t going to change anytime soon.

However, the group had bigger problem on their hands. Brittany had finally gotten the courage to talk to Lala about the other woman’s flirting and that ended up opening a can of worms because while Lala was prepared to own up to what she did – Jax was not. He let Lala admit to flirting with him but he forgot to mention to Brittany that he had implied they were breaking up to Lala and that’s why she had felt it was ok to flirt with him.

And Jax had also forgotten the part where he had flirted back. He had once told Lala that he wanted to “f*** her” in front of their friends and that he wished he could do her without having to know about it. So Jax later just denied everything that Lala claimed he did.

And that resulted with Lala in tears because she felt like she had been thrown under the bus.