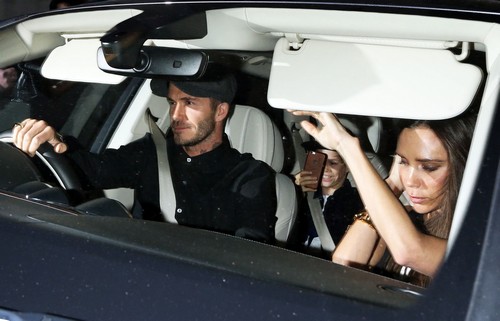 Will Victoria Beckham and David Beckham be the next celebrity couple to file for divorce? It seems to be getting harder and harder for Hollywood to keep their marriages together, but Victoria and David had what we thought was by far one of the most stable celeb marriages … until now that is.

Victoria and David Beckham have been rumored to have marriage problems for several months now, however there was nothing really concrete to back up the claims. A new report from Radar Online has the internet buzzing, and may finally offer some solid proof that there is indeed trouble in paradise for the Beckham Family.

Apparently over a year ago, Victoria Beckham and David Beckham divided their brands into two separate companies – and then David resigned from his position at Victoria’s company. General consensus on the internet is that Victoria and David’s legal separation in their business ventures is a sign that they are getting themselves lined up for a divorce, and preparing to build their brands as separate entities.

There is only one problem with the theory – the papers are from 2014. So, either this is the longest divorce preparation EVER, the couple was having problems however they patched them up, or it was simply just a business move and had nothing to do with their marriage.

Either way, Victoria and David are not acknowledging the divorce speculation, and no one from their camp is commenting on the rumors that their marriage is over.

Although you have to admit, it is a little strange that two ridiculously wealthy and well-known celebs would want to separate themselves from each other – rather than building a mutual brand that could be ten times more lucrative.

What do you guys think? Could David and Victoria really be headed to a split? Or are the divorce rumors just that, rumors? Share your thoughts in the comments below!

David and Victoria Beckham are seen leaving Sexy Fish restaurant with their sons Romeo and Cruz in London, England on March 04, 2016 by FameFlynet