What’s a Good Movie To Watch On Netflix – Add These Films To Your Netflix Queue In April & May 2016! 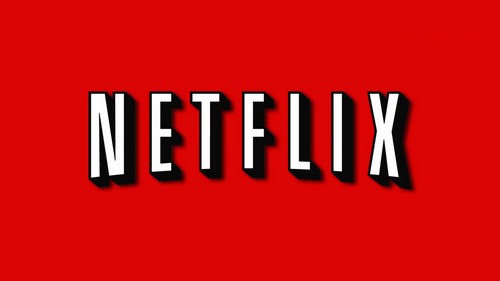 Did you miss Grease: Live when it aired on television at the beginning of 2016? Well, you’re in luck because now the revamped musical available to watch on Netflix, two hours and ten minutes of it – so clear your schedules. The talented cast includes Disney alum Vanessa Hudgens and Dancing With The Stars pro Julianne Hough.

Say It Isn’t So

This R-rated comedy from 2001 will not only feed your nostalgia needs, but keep you up laughing way past your bed time. Say It Isn’t So follows a twisted love story of a young guy and girl who’s worst nightmare becomes a reality –finding out they may be brother and sister. Talk about a mood killer! Heather Graham and Chris Klein lead the cast.

Are you looking for a dark and emotional movie to watch on Netflix? Ten Thousand Saints needs a place in your Netflix queue. The dark drama takes place in the 1980’s and follows the story of a troubled teenage boy from Vermont who is sent to live in New York City with his father. He gets sucked down a downward spiral when he begins hanging with a punk rock crowd and experimenting with drugs.

Remember Lucas Neff in the now defunct hilarious comedy Raising Hope? Well, he nails it in this quirky 2015 movie on Netflix. Glitch is the story of a video game developer who falls in love with a gorgeous barista – the only problem is that the he learns she is already taken, by his best friend. Talk about awkward!

The Sisterhood Of The Traveling Pants

Looking for a feel good and nostalgic movie to watch on Netflix? There aren’t too many people around who have not seen this 2005 flick in the past. But, it is always worth a rewatch. Blake Lively, America Ferrara, Alexis Bledel, and Amber Tamblyn are just as adorable now as they were a decade ago. And, their stories will have you laughing and crying right along with them.

If you want to watch a funny movie on Netflix, you can’t go wrong with Talladega Nights. Will Farrell is hilarious – and will probably change the way you look at Nascar racing. Sasha Baron Cohen plays the part of Ricky Bobby’s nemesis Jean Girard, and nails it! You Netflix Queue is not complete without The Ballad Of Ricky Bobby.

The Girl In The Book

This gritty emotional drama is at the top of a lot of Netflix guru’s lists of favorites. Revenge’s Emily Vancamp plays the part of a haunted girl who comes face to face with the man who seduced her when she was just a young girl. If you are a fan of indie movies, then The Girl In The Book should be the next addition to your Netflix Queue.

Déjà vu and time travel have become a bit cliché, but this dark and suspenseful movie does the played out storyline justice. A group of roommates is blessed and cursed with the unexpected ability of being able to see what is going to happen 24 hours in to the future. And, it turns out their futures look a little bleak. Time Lapse is a must-watch on Netflix right now.