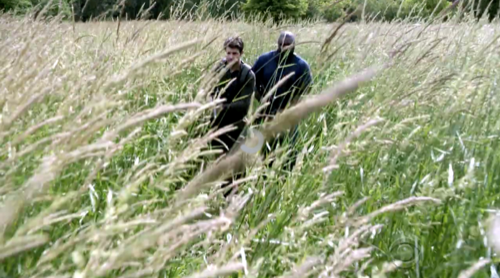 Tonight on CBS Zoo continues with an all new Tuesday, August 16, season 2 episode 9 called, “Sins of the Father,” and we have your weekly Zoo recap below! On tonight’s episode, Jackson is confronted with the most difficult decision of his life; at the same time.

On the last episode, Jackson came to learn that his mother was missing in Africa, but the search to find her was delayed when a hostile force overtook the team’s plane. Did you watch the last episode? We’ve got your detailed Zoo recap right here.

On tonight’s episode as per the CBS synopsis, “Jackson is confronted with the most difficult decision of his life; at the same time, Mitch reluctantly asks his dad for a hand investigating the origin of the final set of triple-helix animal bones.”

This is definitely one series that you don’t want to miss our Zoo recap. Don’t forget to stay tuned to Celeb Dirty Laundry where we will be updating our live Zoo Recap down below!

Jackson had recently found out that his mother wasn’t in danger and that she was the danger. Dr. Elizabeth Oz was apparently exhibiting the same signs that meant she had a third helix. So she was a danger to everyone around her and had already killed most of the doctors that had tried to treat her in Botswana. However, Elizabeth went missing soon after the massacre and no one knew where she was so her son felt it was his responsibility to find her. Jackson said that he could and refused to help Allison look for a cure for the animals until he had his mother back.

So Jackson told Allison that he was going to go look for her on his own however Abe was never going to allow that so Abe was ultimately able to convince Jackson to let him come along. Yet, Abe couldn’t track Elizabeth like Jackson could. Jackson had developed super-hearing that allowed him to detect his mother bestial noise so he was able to hear her long before either of them saw her. And when they saw her, it wasn’t good. Elizabeth had gone feral while she was out in the wild so her first instinct upon seeing them was to attack Abe.

Jackson had tried to talk her down and even remind what he hoped was still human that he was her son yet she didn’t recognize him. Elizabeth was able to sense that he was like her so she hadn’t attacked Jackson. But Jackson couldn’t let her kill Abe so he had to make a choice and unfortunately tranquilizers were not an option. Jackson had tried tranquilizers on her and she was able to fight against its effects so the choice that Jackson had to make was between life and death. And he chose to shoot her in order to save Abe’s life.

Abe was naturally apologetic following the incident, but he also admitted how heartbroken he was because Elizabeth had been like a mother to him. Elizabeth had after all, convinced him to stay on in the village and had taken him when he had nowhere else to go. So what happened with Elizabeth was tragic for both Abe and Jackson, only Jackson also wanted answers. Jackson had taken his mother’s body back to the plane because he wanted to know if his father had injected his mother with the ghost gene as well.

Jackson said that his third dotted scar was where he had been injected so that’s what Mitch searched for on Elizabeth’s remains. Though actually finding out what his father had done to his mother had set Jackson off. Mitch had found the marks so they knew Professor poisoned both his wife and his son. So the only thing that Jackson wanted after he found out the truth was revenge. He went on a full meltdown on the plane however, his team members on the other hand, had been a little more productive when Mitch finally figured out what the other set remains he had in his possession belonged to an allegedly extinct animal.

Mitch believed the remains belonged to a Saber-toothed cat and that he also thought it was preposterous because such animals died out in the Ice Age. However, Allison felt that they should double-check with a man they knew in Helsinki. The same man that was considered a quack because he believed in Big Foot and Loche Ness Monster as well. So Jamie asked Mitch and Allison why would they search a man like that out and Mitch replied that Max also happens to be his father. His cooky father and Allison’s ex-husband.

So it was safe to say that neither Allison nor Mitch were happy about needing Max’s help, but they felt that they had to see him just in case the saber-tooth cat was still around and so they took a short trip off the plane. Yet, Jamie had stayed behind. Jamie had been looking for an opportunity to talk with Abe when they weren’t so many people around and she found it with Jackson hold up in his room while Mitch and Allison went to speak with Max. And so Jamie went to Abe and had asked him if they should tell Jackson the truth.

The truth being that they both knew that Professor Oz was still alive and that the professor was working with Reiden on the Noah Objective. Though Abe said no. He said that they couldn’t tell Jackson that truth because then he would have to tell something else. Abe has been holding onto a bigger secret than Jackson’s father being alive so he told Jamie all about how he met Robert Oz and had been hired by him to inject his ex-wife with something. So technically it had been Abe that injected Elizabeth with the ghost gene.

Abe had said that he had needed money back then and hadn’t really cared how he got it. So he had faked a fever and had gone into Elizabeth’s clinic where he was given the chance to inject her. But while he was sneaking out, Elizabeth had caught him and had invited him to dinner. She said that she noticed that Abe didn’t talk about a family and that he seemed a little lost in the world so Elizabeth had practically adopted him. She gave Abe a family and that had changed him from a man that didn’t care about anyone or anything into someone that wanted to protect both Elizabeth and her son.

That was something Abe had never told anyone and so he never wanted Jackson to find out. Yet, the General Davies who had recently announced that the NOAH Objective would be going ahead in a matter of days had also figured out that Abe knew Robert from before. So Abe thought that he couldn’t tell the truth about Robert and General Davies because the general would use that information against him. And he had been worried about telling Jackson the entire truth himself because he knew that would ruin his relationship with Jackson.

However, Abe soon didn’t have any other choice because Jackson began to have some questions. Jackson said that he didn’t remember his father injecting his mother and that she had never mentioned it. So he had wondered and voiced some of his thoughts to Abe because he wanted to figure out how his mother was injected with the ghost gene yet Abe had kept quiet then and only told Jackson the truth in the end because he hadn’t wanted to go on another dangerous mission with that hanging over him.

Mitch’s father had ultimately revealed a few things to the team. Max was as out of character as Mitch described him to be though he also knew a few things thanks to his travels. Max said that he had been in Chile a while back when he heard this wild rumor. He said that he heard that a group had taken over an island not that far from the coast that was being used experiment. Max said that they were replicating extinct animals and so he believed that this mysterious group could have been the ones that cloned the saber-tooth cat. And even if Mitch wanted to remain skeptical about his father, some of what Max found turned out to be real.

There was an island that heavily guarded and so the team couldn’t be sure about what they were going to be walking on. Yet, something else that Max revealed was the fact that Mitch had been interested in Allison and had only introduced her to his father because he wanted to show her off. So that had set off a few things because before Max left the plane, he told Jamie that he knew she was in love with his son and that she shouldn’t be afraid to tell Mitch although when she tried she ended up finding him in bed with Allison. Who now wanted to fix her mistake from several years ago.

So Jamie was drinking herself into a stupor and Mitch was with Allison when Abe decided to be truthful and unfortunately triggered another one or Jackson’s episodes. Jackson had lost control of himself and was attacking Abe when suddenly Dariela reappeared and shot him. She didn’t kill him, but Jackson did get off the plane and now no one knows where he is. And he’s missing just as Dariela found something odd in her own DNA.