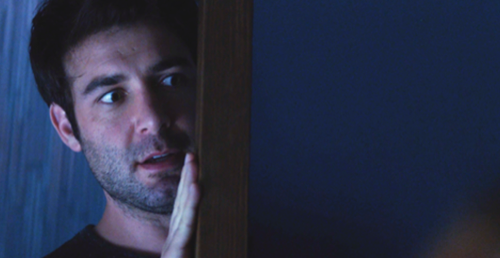 Tonight on CBS Zoo continues with an all new Tuesday, August 9, season 2 episode 8 called, “Zero Sum” and we have your weekly Zoo recap below! On tonight’s episode, Jackson (James Wolk) comes to learn that his mother is missing in Africa, but the search to find her is delayed when a hostile force overtakes the team’s plane.

On the last episode, Mitch explored Jackson’s past in an attempt to get the answers they needed to make a cure. Did you watch the last episode? We’ve got your detailed Zoo recap right here.

On tonight’s episode as per the CBS synopsis, “Jackson comes to learn that his mother is missing in Africa, but the search to find her is delayed when a hostile force overtakes the team’s plane. Meanwhile, a shocking secret about Abraham is discovered by Jamie.”

This is definitely one series that you don’t want to miss, tune into our Zoo recap tonight. Don’t forget to stay tuned to Celeb Dirty Laundry where we will be updating our live Zoo Recap down below!

Logan was a spy! He has been working with Reiden Global and General Davies to derail what the group was planning. However, the only reason no one had suspected him (other than Alison of course) was because of Jaimie. Jamie had vouched for Logan and had informed everyone that she wouldn’t have survived out there on her own if it hadn’t been for Logan. So Jamie had talked up Logan as some sort of heroic figure and that had guaranteed a spot on the team’s plane if not on the team itself. Which is something he had to do on his own.

Yet, Logan had used his new position to feed General Davies the information he needed. So Logan has been the one telling the General where the plane was at all times and he had recently given the general that location again as a means to apprehending Jackson who had been the real target all along. The general needed Jackson in order to meet his end of the bargain with Jackson’s father, but it was a little strange that Jackson’s dad wanted him back. Especially as it had been the older man that had purposely injected Jackson with the corrupted third helix DNA. Out of spite no less because the young man had burned down his lab.

So like it stated it was all a bit strange at first, but Logan’s plan ended up working and he had handed over the plane to the general’s men. But what the general did next was surprising. He could have revealed the truth to Jackson right then and there and had told him by his father yet he had allowed his newly captivated audience to make a move and stage a coup on his him. Mitch had unlocked the sloth’s cage before the general’s men had moved him so that had given him the time he needed to antagonize the sloth. And create a frequency disruption while they still had been in the air.

The plane almost crashing, however, had been a little too deja vu for some of them. So they had quickly acted to subdue the general and his men before sedating the sloth again. Though Jamie had personally taken revenge when she shot Logan. She shot him as he was about to parachute off the plane so that had prevented him from landing safely and she probably ended up killing him by doing that. And so it seems like Jamie had gotten a lot darker on this season of “Zoo”.

And just to prove that Jamie had fully gone over to the Darkside, she had later stood by and did nothing even as Abe decided to torture the general. So Jamie and Abe had agreed without anyone mentioning it outright that they weren’t going to tell Jackson about his father until they had gotten answers from the general about Robert Oz. Yet, she looked like she still had some redeeming qualities when Abe injected the general with something and she had tried to get help although Abe had stopped her. Abe had wanted answers and he didn’t allow Jamie to help the general until they had them.

However, the reason that Jackson hadn’t suspected that anything was wrong was because he had been worried. Jackson had heard from Alison that his mother went missing in Botswana so he had wanted to make a deal with the general as leverage funnily enough. Funny because the general had tried to use Jackson in the same way. Jackson though had wanted to hold the general prisoner until the general’s men and Reiden sent some people after his mother. And rescue her from whatever was happening in Botswana.

So to make the deal, Jackson also needed to give Alison’s some confirmation on the general. She had needed to know that he was alive so Jackson and Mitch had ended up walking in on Jamie reviving the general after what Abe put him through. Abe had injected the general with snake venom and the antidote hadn’t been enough so Jamie had had to revive the general by using the ants that were generating electricity as a makeshift defibrillator. Yet, the guys decided to focus on getting the general back on his feet and then afterwards they had questions.

Questions that neither Jamie nor Abe wanted to answer. So the whole thing was downplayed and Alison ultimately arranged things for them so that it didn’t look as if they nearly killed General Davies. Though Alison hadn’t been able to find Jackson’s mother. She told him that it looked as if his mother’s caravan had been attacked by some animal and that her team was still searching for survivors. And so the team had then traveled to Botswana to help with the search even though Jamie had been snapping at everyone since killing Logan and there weren’t that much leads.

But in Botswana, Jackson had found out his mother also had the third helix because she had been the animal that had attacked her caravan and it turns out that Abe had also been a spy albeit for Robert Oz this entire time.