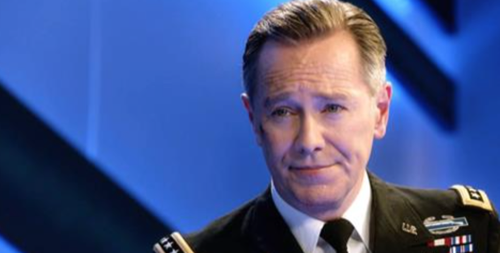 Tonight on CBS Zoo continues with an all new Tuesday, August 23, season 2 episode 10 called, “The Yellow Brick Road,” and we have your weekly Zoo recap below! On tonight’s episode, it’s a race for Mitch and Abraham to find Jackson (James Wolk) before General Davies and the International Animal Defense Group can locate him and prevent the team from making a cure.

On the last episode, Jackson was confronted with the most difficult decision of his life; at the same time, Mitch reluctantly asked his dad for a hand investigating the origin of the final set of triple-helix animal bones. Did you watch the last episode? We’ve got your detailed Zoo recap right here.

On tonight’s episode as per the CBS synopsis, “it’s a race for Mitch and Abraham to find Jackson before General Davies and the International Animal Defense Group can locate him and prevent the team from making a cure. Meanwhile, Jamie, Dariela and Allison go to the Russian government with their best case for dropping out of the Noah Objective.”

This is definitely one series that you don’t want to miss, check out our Zoo recap tonight. Don’t forget to stay tuned to Celeb Dirty Laundry where we will be updating our live Zoo Recap down below!

Dariela had unfortunately not forgotten the promise she had made to Jackson. So when she had sworn to him that she would put him down herself if he ever lost control, she meant it and had actually tried to follow through on that promise when she came across a scene that looked eerily familiar to her. Dariela had seen Jackson attacking his best friend/foster brother Abe and she had thought that he was turning into Kovacs. Kovacs being a former friend of hers who apparently forgot what his friends meant to him and had tried killing them all. But while Jackson attacking Abe had looked like Kovacs turning on his men, Dariela had been seemingly been wrong about Jackson.

Jackson hadn’t devolved quite to the extent that Kovacs had. Meaning that scene that Dariela had witnessed was more cause and effect than Jackson losing control seeing as Jackson had sort of been pushed into having that type of reaction. He and Abe had just gotten into an argument because Abe had finally told him truth about his father. Like how his father was still alive and had paid Abe to infect his mother with the ghost gene that eventually killed her. So it had been Jackson’s anger and his grief over what happened to him and his mother that made him lash out like that. And, well, Abe had the beat down coming to him.

But with Jackson running off the plane after Dariela had shot him, his whole team were split on what to do next. Mitch for one had been part of the team that wanted to go look for Jackson yet Allison thought that they should instead meet up with the Russian delegation like planned. Allison said the Russian delegation were the only ones that could halt the NOAH Objective because General Davies needed their air space to launch the NOAH Objective. So she was hoping that her and the team could convince the Russians that there was an alternative to killing millions of people with NOAH Objective.

Mitch though had overruled Allison. Mitch said it would be pointless to talk to anyone about alternatives with Jackson gone. Jackson was the team’s best chance at finding a cure so neither the team nor Mitch honestly had anything without. So in the end Allison had agreed with Mitch’s reasoning and she had tried to halt negotiations with the Russians. However, the Russian delegation surprised her when they ended up boarding her plane because they wanted answers right then rather than later. The Russian apparently wanted to know how far along was her team with the cure and what was slowing them down. And so Allison, Dariela, and Jamie had tried to do their best to downplay what was happening with Jackson.

Allison had told the other women that no one knew that the mutation has crossed over to humans yet. So she had wanted them to keep that quiet because she didn’t want to give the Russians reason to believe that the NOAH Objective was their only course. Though Jamie had talked to the Russians and she had managed to skirt around the Jackson problem while careful explaining that the NOAH Objective was dangerous to everyone. And so the delegation had agreed with Jamie’s assessment seeing as it matched up with what they had already heard from a scientist.

The Russians it seems had previously been contacted by Robert Oz. So they had wanted to talk to Allison and her people just to verify their information before choosing a course of action. Yet, while the Russians and the team both wanted to stop the NOAH Objective, they also both wished to find Robert OZ so the delegation made a phone call. They reached out to Robert Oz and had Jamie talked to him while they traced the call and therefore they found out that Robert was in Washington DC. Probably still with General Davies.

But not long after tracing Robert Oz, the team heard back from Jackson. Jackson had seemingly calmed down from his rage and he had managed to find another person to take place on the plane. Jackson had found an older woman who also had the ghost gene and he had directed her to his friends that he promised could help. So Jackson had in a way told his friends goodbye by doing that because that was his way of saying they didn’t need to keep looking for him anymore now that they had a nice old lady with. That in all honesty was proving to be a lot more mellow than Jackson was when they last saw him.

So the team really didn’t have a choice in the matter. They had to leave Jackson out in the world on his own although he had been assured that he wasn’t a danger to himself or to anyone else and he had at least sent Abe a letter to explain that he didn’t blame him. The letter actually said that Jackson forgave Abe for what happened and that there were still family. However, there was one person that Jackson did blame and that was his dad. And so Jackson had later reached out to General Davies because he knew the other man would lead him to his father.

The General though had a small problem on his hands. Neither his team nor Jackson’s friends knew where Robert was. Robert had apparently pulled off another disappearing act from his safe house. So that had left some unanswered questions because Robert had been at the safe house one moment and in the next all anyone could find was a dead body that oddly had belonged to one of Robert’s security guards. But at the last minute, Robert suddenly appeared out of nowhere and had saved Jackson’s life from the General that was planning on killing Jackson to make a point.

And so who knows what Robert was up to though Dariela had ultimately found out the reason the animals were attacking her was because she was pregnant so does that mean Abe was going to become a daddy?