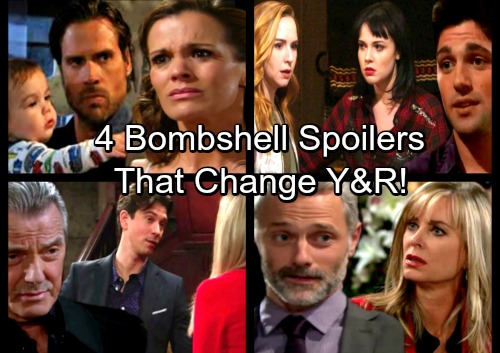 The Young and the Restless (Y&R) spoilers tease that some huge developments are coming up on the CBS soap. We all know they take their sweet time getting to the big reveals, but things always blow up eventually. For some Genoa City residents, disaster will strike sooner rather than later! Here are four Young and the Restless bombshells that will change everything.

Mariah (Camryn Grimes) has been struggling to come clean about her feelings for Tessa (Cait Fairbanks). That’s mostly because she fears her friend doesn’t feel the same way. However, it seems Tessa is simply trying to protect their current relationships. She doesn’t want to wreck everything with Noah (Robert Adamson) and Devon (Bryton James).

Nevertheless, the truth has to come out. Mariah and Tessa’s kiss will undoubtedly be uncovered at some point. An overheard confession could add to the chaos. This scoop has Hilary (Mishael Morgan) written all over it, so be sure to keep an eye on her!

Zack (Ryan Ashton) has been trying to keep up the charade with Abby (Melissa Ordway), but his secrets are clearly on the verge of exposure. The sex ring storyline is winding down and that means Abby will find out what a creep Zack is. Of course, the scandalous dating app will spark drama for Victor (Eric Braeden) and his company. A real mess is headed for both Zack and the Newmans. 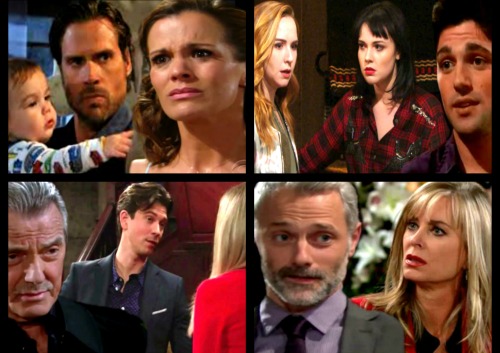 Thanks to Graham (Max Shippee), Ashley’s (Eileen Davidson) world is set to fall apart soon. The Young and the Restless spoilers say Graham’s revenge will cause mayhem for the whole Abbott clan. Ashley’s paternity has been kept under wraps for many years, but it looks like it’s finally time to release this stunning info.

Only a few Y&R characters know that John (Jerry Douglas) isn’t Ashley’s biological father. Those who have been kept in the dark will seek answers. As if Abby didn’t have enough to deal with from Zack, she’ll face this tough blow as well.

Chelsea (Melissa Claire Egan) has been lying to Nick (Joshua Morrow) about Christian’s (Jude and Ozzy McGuigen) paternity. Nick has been lying about Victor’s (Eric Braeden) role in Chloe’s (Elizabeth Hendrickson) faked death and getaway. There’s a good chance the war with Victor will speed up these revelations. Deception could mean the end of Nick and Chelsea’s currently strong relationship.