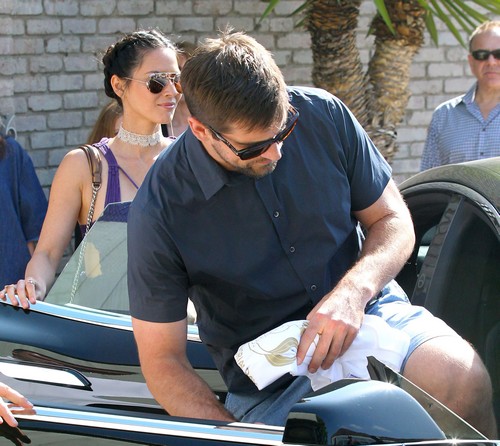 Aaron Rodgers and Olivia Munn split after three years of dating and now Aaron’s relationship with Kelly Rohrbach is getting the blame. The Green Bay Packers star and the actress ended their relationship last month. Sources close to the couple claim they were “just on two different stages in life,” reports E! Online. It was also revealed that it was Olivia Munn who ended things. It’s probably because Aaron Rodgers has been spotted with Baywatch star Kelly Rohrbach since February.

Aaron Rodgers was seen hanging with Kelly Rohrbach over the weekend. Radar Online reported that the two have been spending time together ever since February. Aaron Rodgers had his eye on the former Sports Illustrated swimsuit model long before Olivia Munn dumped him. Rodgers and Rohrbach were spotted in the Pebble Beach Pro-Am in February. In recent photos, the new couple were spotted at the Westchester Golf Course in Los Angeles back in February. 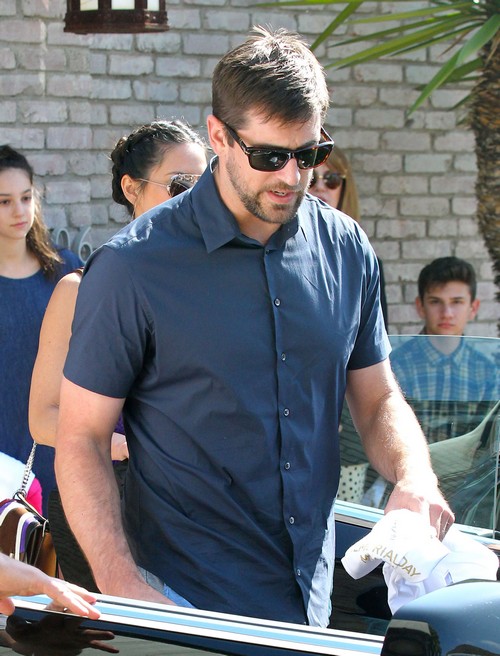 Olivia Munn is still single. She’s still upset over the split. It also turns out that Aaron Rodgers was the one who called it quits, not her. An insider told Radar Online that she’s been focused on filming her new movie Predator in Vancouver. “Aaron broke up with her because he was tired of all her bull***,” a friend close to Aaron Rodgers said. “At the end of the day, she was a lot of drama!”

Olivia Munn was particularly not happy with seeing Aaron Rodgers out with the supermodel. Sources told Hollywood Life that she’s livid to see that he’s moved on so fast. She’s even not sure if he was faithful when they were dating.

“Olivia [Munn] is furious with seeing Aaron [Rodgers] out with Kelly [Rohrbach]. Aaron made it seem like he was in no rush to date anyone when they split. It was more about the issues they were having – the fighting and him needing space. Now she’s wondering if Aaron wasn’t being completely honest with her and had his eye on Kelly while they were together.”

Other insiders told Hollywood Life in what some are calling fake news, that Aaron Rodgers and Kelly Rohrbach had chemistry way before his split. Supposedly, the sparks were flying between them during the golf tournament. Interestingly enough, Kelly Rohrbach actually played on the golf team at Georgetown. It sounds like these two share a love of sports. Olivia Munn can’t compete in that department.

However, a source close to the NFL player told People that the recent reports of the new couple have been blown out of proportion. “This needs to be clarified,” said the insider. “Aaron and Kelly are just friends, and they went to play golf together. There’s absolutely nothing weird or scandalous there, and it’s ridiculous that [the tabloids] are making it into something.”

It hasn’t been confirmed if Olivia Munn has spoken out about their split. It’s also unclear if the two are dating. TMZ Sports noted that they looked to be holding hands and appeared flirty until they noticed people watching them.

Like A-Rod, Aaron Rodgers has worked his way around Hollywood. Kelly Rohrbach famously dated actor Leonardo DiCaprio before she pursued a sudden interest in acting. What are your thoughts on the rumors, CDL readers? Do you think Aaron Rodgers was the one who dumped Olivia Munn for Kelly Rohrbach? Sound off below in the comments section.