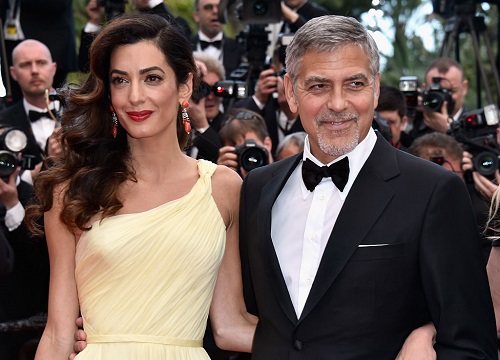 George Clooney and his wife, humanitarian rights lawyer, Amal Clooney are now the proud parents of a son and daughter. A representative for the Oscar winner confirmed the twin’s arrival with a statement that read, “This morning George and Amal welcomed Ella and Alexander Clooney into their lives.”

But the rep couldn’t help but crack a joke at George’s expense by adding, “Ella and Alexander and Amal are all healthy, happy, and doing fine. George is sedated and should recover in a few days.”

Fans of the actor are glad he and Amal decided to give their children normal names like Ella and Alexander, instead of peculiar names, which seems to be the trend these days for many Hollywood parents. 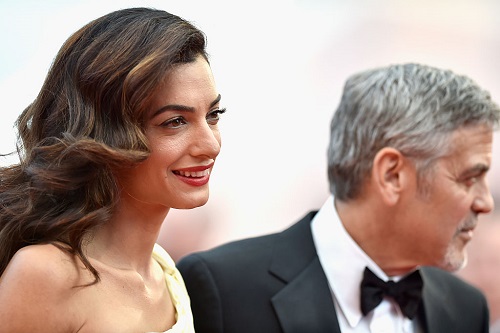 News of Amal’s pregnancy and the fact that the couple was expecting twins first broke in February and George’s mother recently revealed the baby’s sexes in an interview by saying, “It will be one of each! Yes, a boy and a girl. That’s what I’ve been told.”

It was recently reported that Amal had banned George from traveling and from attending the humanitarian awards show, which he founded, because she was afraid that he would miss their birth. George even claimed that if he missed the twins’ birth, he would not be allowed to ever come home again.

The fact that George is now a family man is surprising to many considering he was a confirmed bachelor for years and despite dating some of Hollywood’s most beautiful women including Kelly Preston, Italian actress and model Elisabetta Canalis, and wrestler, Stacy Keibler, George was adamant about never wanting to marry again after going through a painful divorce from actress Talia Balsam in 1993.

That all changed when George met humanitarian rights attorney Amal Alamuddin. The two became engaged in April 2014 and were married on September 27, 2014 in a lavish Italian ceremony attended by celebs such as Cindy Crawford and Matt Damon. When speaking of his change of heart regarding marriage, George said, “I’m a much happier person, and we have a very happy life. We enjoy many of the same things, and I very much enjoy the projects that she takes on because they have real consequence.” 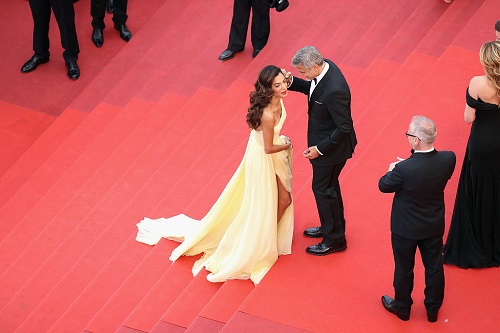 Although George had made comments in the past stating that he had no desire to reproduce, he has since changed his mind about children as well. The actor recently claimed he was happy about impending fatherhood, saying, “I didn’t know that we’d have kids. I was very happy that we were going to get married and then a pregnancy seemed like the next step.”

Check back with CDL for more Amal Alamuddin and George Clooney news and updates.

#GeorgeClooney is officially a father! Welcome to the world, Ella and Alexander Clooney! Congrats to the beautiful family. ♥️ pic.twitter.com/uOH4tkelRQ