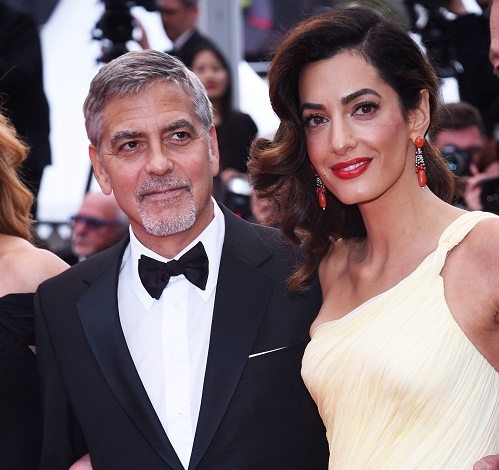 Amal Alamuddin’s pregnancy is making headlines this week. In fact, many reports indicate that Amal is finally pregnant with George Clooney’s first child. Amal has long wanted to get pregnant and now her dreams have finally come true. The couple tied the knot in a lavish ceremony in Venice back in 2014.

Amal was spotted with what looks like a baby bump while she was at the premiere for the new Netflix documentary, ‘The White Helmets.’ Eyewitnesses couldn’t help but notice that Amal looked much fuller in the face and that her midsection definitely looked like there is a bun in Amal’s oven.

Earlier reports indicated that Amal is expecting twins and that she is due in March. Both she and George supposedly fought about their family plans for months. Amal knew it was now or never for her while George was still on the fence about fatherhood. Apparently, her family in Lebanon told the media about the couple’s happy news. Yet, some critics think there’s no way that Amal could be carrying twins or that she’s seven months pregnant for that matter. Whatever the case, George and Amal definitely have some explaining to do. 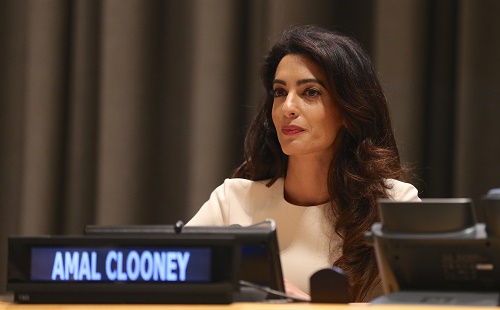 So is Amal Alamuddin expecting her first child, or children? Is George Clooney finally going to become a father? That’s what fans want to know. Some say that Amal is definitely hiding a pregnancy bump under her dress. Others say that her bad posture might just make it look like her tummy is sticking out. Others are pointing out that Amal’s appearance has definitely changed since the last time she was seen in public back in November.

So far neither Amal Alamuddin or George Clooney have made any comments about the pregnancy reports. But, the truth is going to come out sooner rather than later.

What do you think? Are Amal Alamuddin and George Clooney going to be parents very soon? Drop us a line with your thoughts in our comments section below.

Also, don’t forget to check back with CDL for all the latest news and updates on Amal Alamuddin’s pregnancy right here! 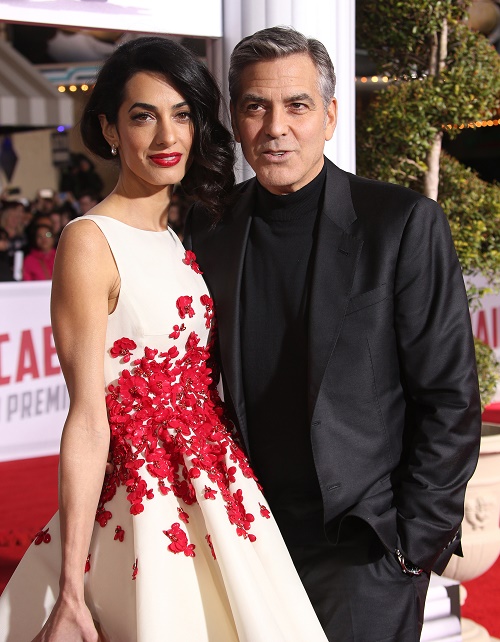 Amal Clooney wears pretty floral mini as she cosies up to husband George at The White Helmets screening https://t.co/RJW15Qh6Nk pic.twitter.com/5UflcLtEFb