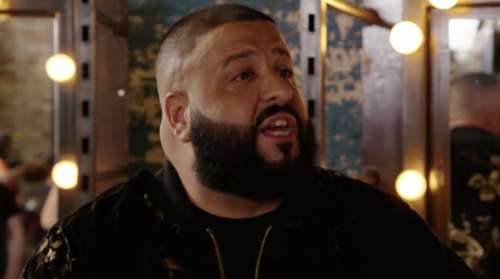 Tonight on VH1 America’s Next Top Model (ANTM) airs with an all-new time.  ANTM airs with an all new Monday, January 2, 2017, cycle 23 episode 4 called, “Make Your Mark” and we have your weekly American’s Next Top Model recap below.  On tonight’s ANTM episode as per the VH1 synopsis, “Hip-hop mogul DJ Khaled gives the models a lesson in social-media branding. Later, Instagram socialite Jasmine Sanders helps the ladies enhance their online profiles.”

America’s Next Top Model (ANTM) begins tonight with the models returning to their home where Courtney is happy that she won the top photo from the previous challenge. Tash admits that there is tension in the house, especially between her and Courtney. She says Courtney really knows how to make herself look like the victim but she is really just an evil conniving person herself.

Kirslian decides she is going to dress more like a boy when they go to panel because the judges keep referring to her as a sexy Instagram model, but she is unsure how to change their opinion of her. CoryAnne is having a hard time being away from everyone and missing out on everything. She calls her friends admitting she misses them so much.

The next day some of the models are in the Rimmel London room when a RitAlert comes in on the TV. She tells them being a brand isn’t not only about who you are but also how you present yourself to the world. Remember to not be a follower, but make them follow you.

All the models arrive at Industria Studios where they meet with Rita who tells them today they are going to learn to build their brand through social media like snapchat. She introduces them to DJ Khaled who is an inspiration to many people and has a huge following. He tells them it is important to brand yourself and to be self-made. Social media is a good thing because they are in control of it and the key is to put a good message out there. He says they need to put messages out with their personality.

Rita tells the models they will be split into teams of two and they are to hit the streets to film one another wearing Tezenis Lingerie, a brand Rita Ora models and designs for. It is the biggest lingerie brand overseas. They have 30-minutes to film a compelling story and like SnapChat they have 10 seconds.

DJ Khaled tells them in order to be a superstar they need to BE a superstar. The fans are the people who will support them and they need to feel connected to them. Be it. Live it!! He makes them all shout “Major Key!” and the models head out to take photos.

India and Giah work well together while Marissa works with CoryAnne. CoryAnne is busy socializing and when she does her video she stereotypes women with small butts and small boobs.

Tatiana and Tash help each other but neither one of them has the confidence it requires to be a superstar. DJ Khaled says you can’t just act like you are a superstar, they need to be one. Kyle and Krislian walk the streets and Kyle is super confident but Krislian is letting the judges’ criticism get to her about being too sexy.

The winner of this challenge will be a model in an upcoming runway show for Tezenis in Italy. The winner of the challenge is Courtney. DJ Khaled says she put a message out there and she made him look at nothing else almost making him shed a tear. Binta is upset that she was part of the video and it was fraud because of what happened behind the scenes.

On the bus back to the house they agree to have ice cream when they get home. Binta tells everyone they need to pause. She angrily confronts Courtney, swearing at her and calling her names. Binta threatens to kill her at the next photo shoot. Courtney says jealousy is a horrible thing and throws in her face that she stood in 14 videos for Binta. Cody tells the cameras that the day she met Courtney she saw evil in her. Courtney tells Binta that there is a way to come at people and she could have done it privately.

Most of the house has turned on Courtney, the twins Cody and Tash are jumping down her throats and she says she can’t wait for them to be eliminated. Courtney packs her things up and moves into another room.

The next day, Courtney fell down the stairs. Paige calls for the other models to help her. Giah comes to help her but says that Courtney is a baby. Paige grabs an ice pack, while Tash says Karma is a bitch and she deserved it. Kyle wraps her arm for her.

Drew Elliott arrives at the house to introduce the models to his dear friend and editorial director of Paper Magazine, Mickey Boardmen. He is there to invite them all to the Paper Magazine Sexy Issue VIP party that night. Drew tells them they need to create amazing stories via photos and Mickey tells them they are to be the photographers for the night. Social media is really important and they must select three images that tells the story of the night and those images will be judged at panel.

The models are given 12 dresses, one for each of them and they are told to make them work. Cody once again is angry with Courtney for supposedly taking the dress she had chosen. Courtney tells her they didn’t chose, it was first come first serve. Courtney says this is a competition and when someone says that is the dress she wants, Courtney says she doesn’t care.

As the models are getting ready they receive a RitAlert. Rita tells them they need to focus on beautiful curate photographs and she is sending the best person she knows to help them, but won’t tell them who she is.

Jasmine Sanders walks in and tells them she is known as “Golden Barbie” and on social media at an early age she locked in that name and started to use it for her brand. She says that social media is a key player in their career.

She gives them the key points of great lighting and to find a good place in their surroundings since they get to go to great places to show it off. She says it is also important to interact with their fans. Cody is concerned about bad comments and Jasmine tells her not to entertain them because if they do it will always be on the internet and they would be done.

India finds out the dress she picked was too tiny, she meets with Krislian who doesn’t want the dress because she doesn’t want to look too sexy. Courtney soon discovers she cannot wear her dress either. Tash laughs and says that it is good because Karma is coming around. Drew brings in the models and reintroduces them to Mickey, he tells them to have fun and be sure to pick the best photos for panel the next day.

The models come to panel, all a bit nervous. Ashley Graham, Law Roach, Drew Elliott and Rita Ora are the judges for tonight. A lot of the comments are positive but Drew brings up to Courtney how she is 100% in ailment mode, Cody smirks. They are not happy that India didn’t take a solo shot and CoryAnne is busy taking photos with other girls. Law says she needs to stop hiding.

Krislian comes forward and the judges argue about who will judge first. Rita tells her she would buy everything in these photos. Law admits that he served her tough love and today she shut him up and she looked amazing. Drew says this week she was either going to sink or swim and this week she was phenomenal.

All the judges are disappointed with Tash, they hated her work and CoryAnne they feel she doesn’t even want to be a model and doesn’t have what it takes.

The top photo this week is Krislian and Rita tells her she really blew them away. CoryAnne and Tash are in the bottom two. Rita tells Tash that between her and her sister, two might just be too much and they are worried she is just getting lost, even with an amazing new look she still can’t seem to pull herself out of the middle of the pack.

Rita tells CoryAnne that she has been there before, and throughout the competition she has been up and down, but this week she is back in the bottom two and the judges worry that she can’t be consistent and unfortunately it seems like her head is not in the game. She tells her she needs to be the best CoryAnne she can be, because she is gorgeous.

Rita congratulates CoryAnne and tells Tash she is sorry. Tash hugs her twin sister Cody and says she got to do things she never thought she could do and she got to do them with her sister. She says that if Cody wins this competition she will be really proud of her and she deserves it. Cody begins to cry and Tash kisses her. She says if she wins she wants half of the money and laughs.