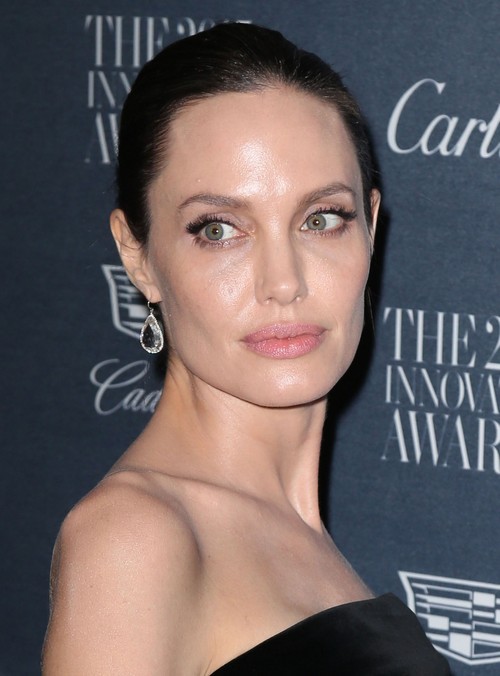 Angelina Jolie and her father, Jon Voight had a massive falling out years ago, with Angelina cutting Jon out of her life and many were convinced the estranged duo would never reconnect. But, according to new photos Angelina appears to have forgiven her father for his past mistakes post her Brad Pitt divorce.

Jon Voight was married to Angelina Jolie’s mother, French actress, Marcheline Bertrand in the 70’s. During this time, he was a huge star, appearing in such hits as “Deliverance”, “Midnight Cowboy”, and “The Champ”. He even won an Oscar and four Golden Globes, but while his career was taking off, his marriage and family life suffered. Angelina Jolie has spoken publicly about her father’s extra-marital affairs and how it destroyed her and her mother. Jon Voight and Marcheline Bertrand divorced in 1980 and Jon was barely involved in Angelina or brother James Haven’s lives. 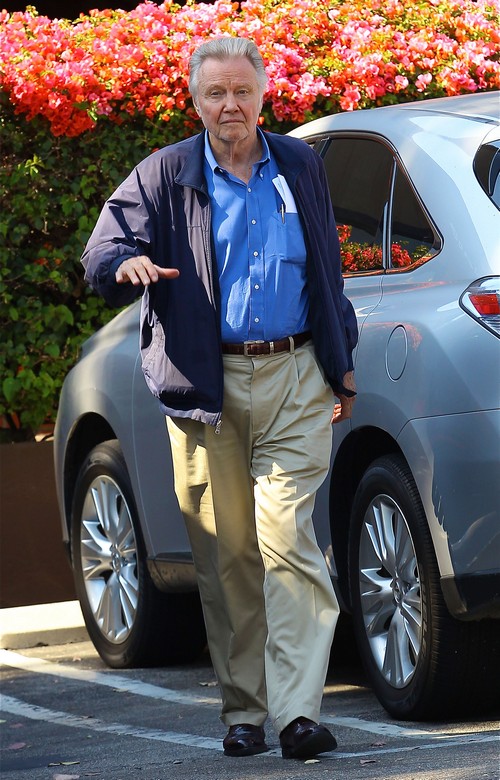 Angelina Jolie eventually forgave her father and in 2001, the two even starred together in “Laura Croft: Tomb Raider”, with Jon portraying Angelina’s father in the film. Their relationship completely fell apart just one year later in 2002 when Jon did an interview with an entertainment show and divulged that Angelina had “serious mental problems”.

This infuriated Angelina because she had just adopted a baby from Cambodia (Maddox) and she claimed that her father’s declaration about her mental health could have resulted in her son being taken away from her. This resulted in Angelina Jolie cutting Jon Voight out of her life, seemingly for good.

Angelina’s mother died of ovarian cancer back in 2007 and Jon tried to extend an olive branch to his daughter. But it wasn’t until 2009 that Angelina finally accepted Jon’s apology and introduced Jon to his grandchildren. Sources at the time claimed husband Brad Pitt was the one who encouraged Angelina to make amends with her father.

Their reconciliation has been private and Jon remains mostly tight-lipped about his daughter and her private life nowadays, but he did speak out in support of her when her divorce from Brad was announced last September. Come back to CDL for all your Angelina Jolie news and updates!