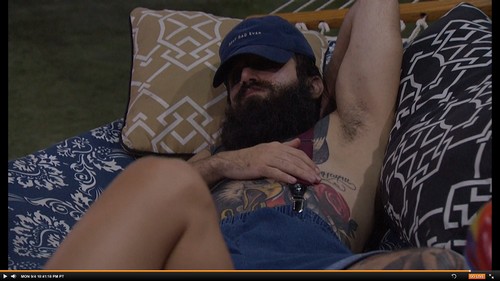 Big Brother 19 spoilers reveal that Paul Abrahamian admitted feelings of depression and being tired of the game. The BB18 vet claimed that production gave him a message from home and it gave him severe anxiety. The BB19 fans wonder if Paul is really feeling down or it’s just part of his gameplay.

To recap Week 10, Christmas Abbott won the HOH competition and nominated Jason Dent and Alex Ow. The Apple Tree came to life, and no one selected an apple. Paul won the POV and decided to save Alex from eviction. Christmas named Kevin Schlehuber as the replacement nominee. The final nominations for the week are Jason and Kevin.

Flashback to 9 p.m. Monday, Paul, and Christmas chatted in the hammock. Paul admitted he was feeling down after he got news from home. Christmas tried to get him to share his feeling, but he didn’t want to share. Christmas stated that he should keep to himself while he tries to get in a better mood.

Big Brother 19 spoilers state that Paul never shared his personal news. It wasn’t clear if he was telling the truth. Many BB19 fans wonder if he was trying to sucker Christmas and Josh Martinez in by acting upset and more human. 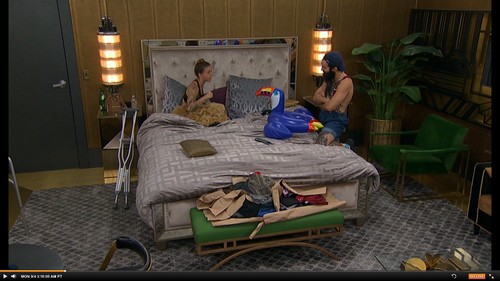 Around 10 p.m., Paul whispers to Josh that he is feeling okay. He added that he thinks they should get Raven Walton to poke at Kevin to rattle him. Paul wants to make sure that Kevin is upset on Thursday, so he will “blow it” during the HOH competition. For some reason, Paul claims that Kevin would “for sure” put him on the block for Week 11.

Paul’s behavior concerned many of the live feeders. Many BB19 fans worried that he could self-evict overnight. It isn’t likely that Paul would leave the game. It seems much more likely that he is using his emotions to control the houseguests. He wants them to think he is tired and weak so that they will take him to the end.

Do you think Paul was really upset? What do you think is Paul’s personal news from home? Would he ever self-evict? Stick with CDL for more Big Brother 19 spoilers, news and live feed updates!